At a time of year when typically not much is happening on the property selling scene, an upcoming offering in the Inverell district is likely to attract more than usual interest.

At a time of year when typically not much is happening on the property selling scene, an upcoming offering in the Inverell district is likely to attract significantly more than usual interest.

On offer is Emu Hill, a 516 hectare (1274 acre) mixed farming property owned by Eden and Belinda Sutherland who are selling to retire to the coast.

They have listed the property for sale by tender with Wayne Daley of L.J. Hooker Rural at Inverell, with a closing date for offers of February 11.

The property, which is expected to draw both local and outside competition, is an aggregation of two blocks - Sandy Creek, of 326ha, and Emu Hill of 190ha - both originally parts of larger holdings.

When the present owners moved to the district from the North Coast in 2013, they bought a 326ha portion of Sandy Creek, the following year adding the 190ha section of Emu Hill. In so doing, they became only the third owners of that section of Emu Hill, which was originally the homestead portion of the 1088ha Emu Hill property held by generations of the Tomlinson family since 1871.

Emu Hill was for many years the home of the Tomlinsons' well-known Merino stud of the same name, until its dispersal in 2001 following the death of its third-generation owner, Ted Tomlinson, in a farm accident.

The sale of the property in subdivision, along with the same owners' nearby Flemington holding of 687ha, followed 10 years later.

Situated 29 kilometres from Inverell and just 12km from Copeton Dam, Emu Hill is a property of gently undulating country of which about half is black basalt and the balance granite or granite loam.

About 210ha of basalt country has been cultivated in past years for grain or fodder production.

Since taking over the properties seven years ago, the Sutherlands have focused heavily on implementing a regenerative management program aimed at soil and ground-cover enhancement and water conservation.

Eden Sutherland had previously been involved in regenerative farming systems for 15 years before moving to Inverell, where he has been actively involved in Landcare. 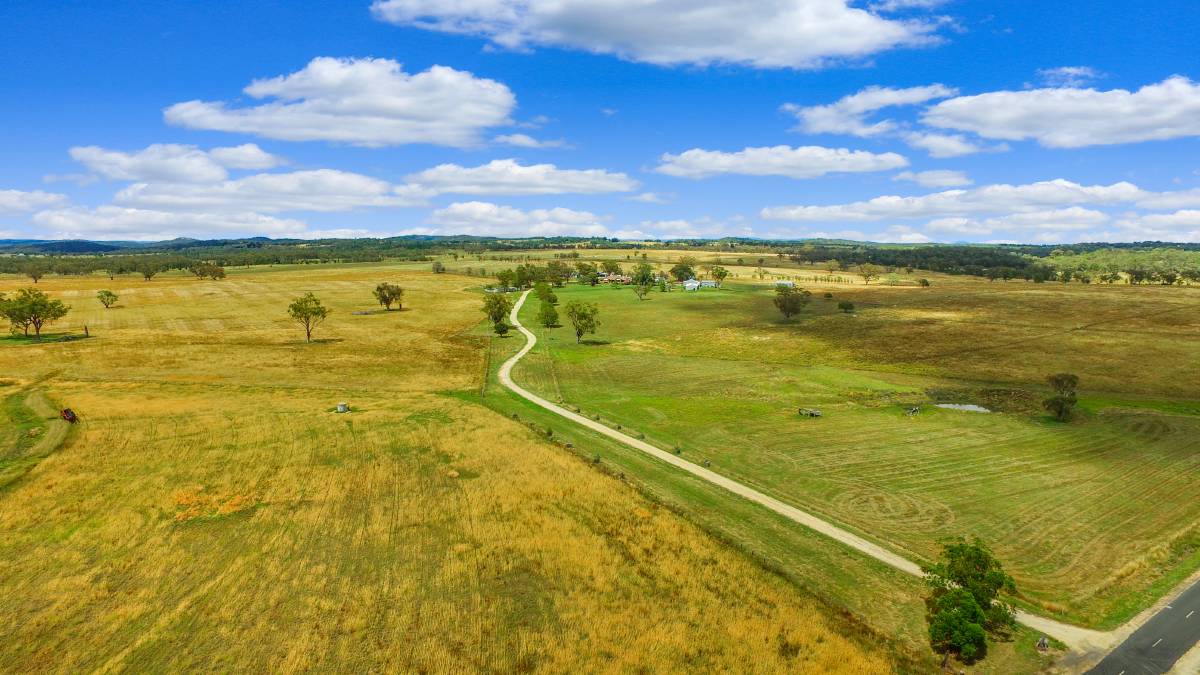 Currently understocked with about 60 Angus cows and calves, the property in its present state has estimated carrying capacity for 200 cows or 2000 ewes, with potential to increase.

Average rainfall is 770mm and the property is watered by a semi-permanent creek from which water is piped to tanks for reticulation to paddock troughs, plus a bore, a well and 14 dams.

A feature of Emu Hill is its large double-brick homestead.

It was erected in 1936 for Byron Tomlinson and recently renovated.

It is complemented by a two-bedroom cottage.