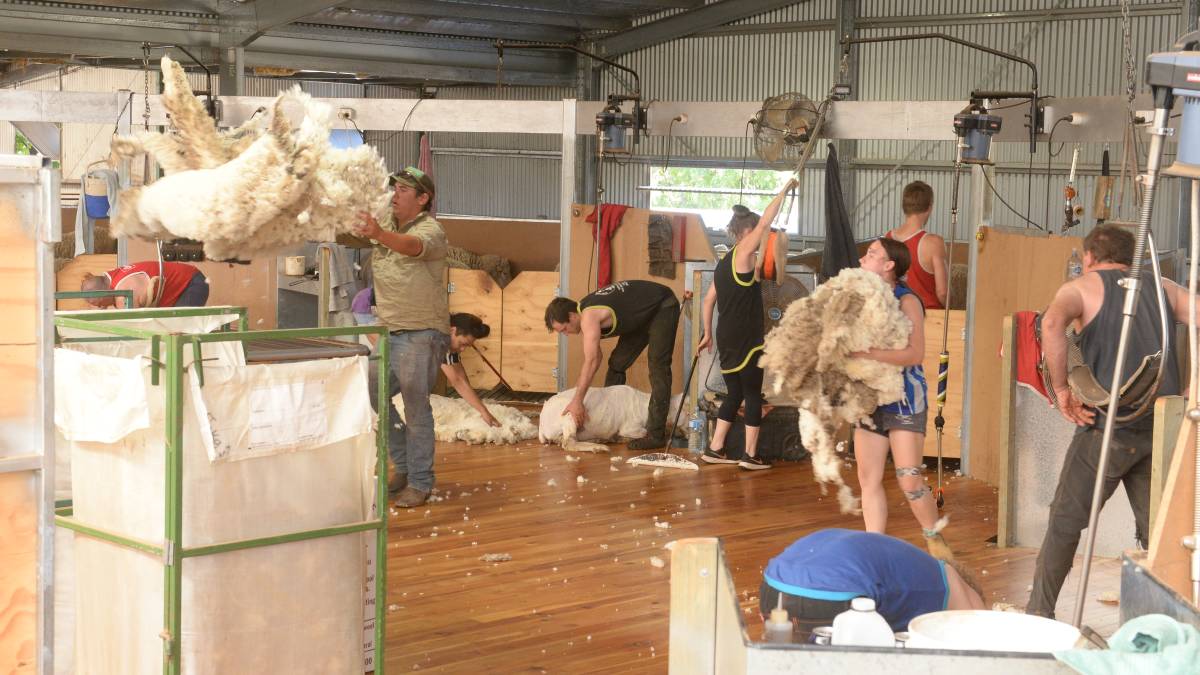 LACK of shearers in the state has forced all sections of the industry to pull together to alleviate time delays between sheds.

Contractors are reporting lengthy delays in getting to and finishing jobs as there are just not enough shearers on hand.

The shortage has been exasperated by the absence of New Zealand shearers who normally work in the eastern states from October to December, but the coronavirus put paid to that.

Communication between shearing contractors and wool growers with assistance from Australian Wool Innovation (AWI) is key to progress, according to Dubbo contractor of 14 years, Steve Mudford of Muddies Quality Shearing.

"We used to have some 500 Kiwis come over to shear, especially the crossbred in the south, but they didn't come," Mr Mudford said.

"This is has accentuated the acute shearer and shed worker shortage, Australia-wide, so the whole industry needs to pull together to attract young people to enter the industry, plus entice back, those shearers and workers who left the industry during the prolonged drought.

"As time stretches on the situation is fast becoming an animal welfare issue for some wool growers as they wait for their sheep to be shorn."

"Growers need to plan their shearing as early as possible and there are many who need to work towards meeting work and safety standards within their sheds which would encourage more workers to the industry," he said.

"There is feed everywhere, lambing percentages are up, plus a couple of million sheep moved from Western Australia to NSW, and the number of shearers currently can't handle all the work quickly enough," Mr Barrett said.

"Every shearing contractor in the country could do with another 10 hands or so to get through their work.

"This is the first year we are not going to get to jobs on time."

Both contractors report shearers being offered $4.20 per head when the award is $3.25 to compete for staff and combat the shortage crisis in southern regions and Victoria, just to get crossbreds off to market.

"Most sheds are so hot in summer that you could almost fry an egg. Also, staff still do not have access to fresh drinking water, clean running water, flushing toilets, let alone the unsafe working conditions within the shed." Mr Barrett said

"it's harder to get staff to work in remote locations, and when they do go, some quarters are not up to human standard. Quarters that do not have adequate refrigeration to cater for large numbers of staff and kitchens that are still using wood stoves for cooking are common."

Mr French said AWI was offering free training at Armidale, Glen Innes, Inverell and Dubbo at present to those wanting to join the industry.

"Some growers may want to do the course, or their family members, especially the younger generation of working age," he said.

"There is also the new app, www.wool.com/safesheds to update wool growers.