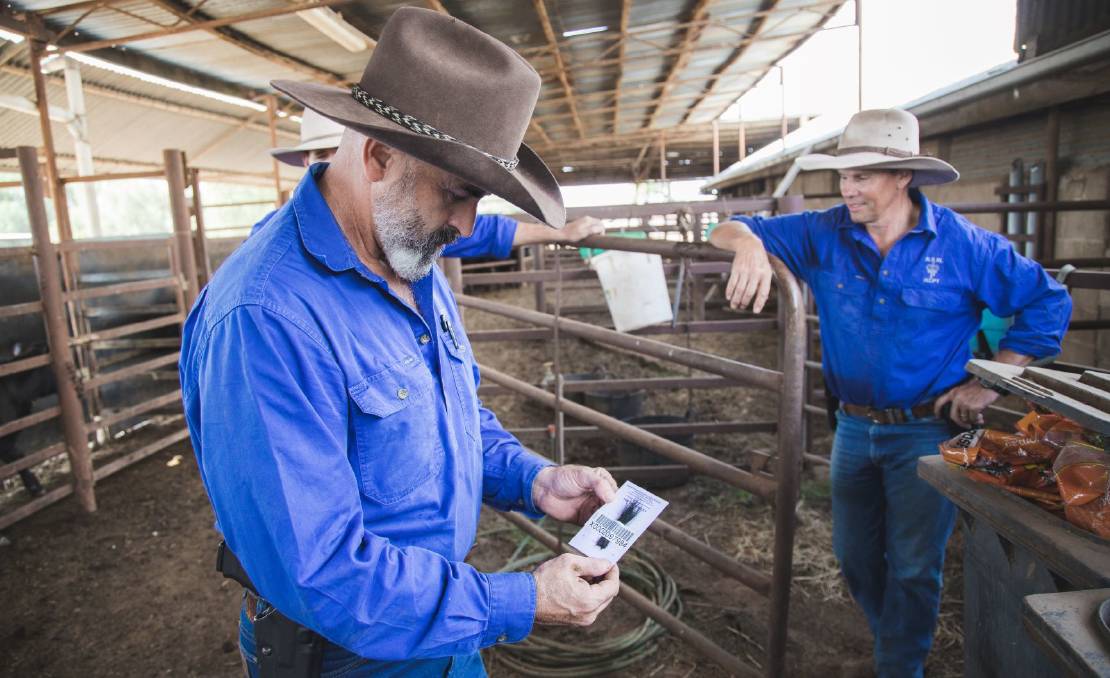 Figures released by NSW Police show there has been about 111,000 head of sheep and cattle reported stolen since 2015.

Every day there is the equivalent of 60 head of livestock stolen across the state, which has cost NSW farmers $22.5 million in the past five years.

Figures released by the Rural Crime Prevention Team (RCPT) within NSW Police show there has been about 111,000 head of sheep and cattle reported stolen since 2015.

State rural crime coordinator, detective chief inspector Cameron Whiteside, said $22.5m was a conservative average financial loss to NSW primary producers and the total did not include the value of stud stock, loss of animal by-product and potential breeding capacity.

He said, however, there was a nine per cent decrease in the number of stock theft incidents reported to police in 2020 when compared to 2019, which was due to increased community confidence in NSW Police as well as drought, bushfires and COVID-19.

"These unprecedent events have had a significant impact on all communities, and the availability of property to steal was reduced," Mr Whiteside said.

"But the majority of NSW is now out of drought, farms are recovering from bushfires and adjustments to the COVID-19 situation is occurring.

"This will increase the opportunities for offenders to target rural properties and we encourage all farmers to ensure they have strong security measures in place'." 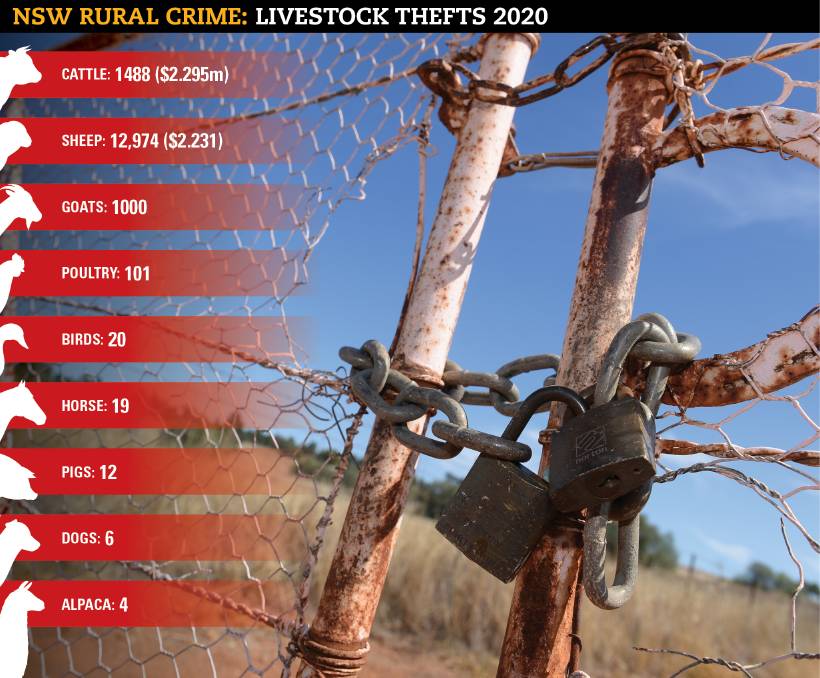 According to the NSW Police Rural Crime Prevention Team, there has been 111,000 head of sheep and cattle reported stolen since 2015, costing producers $22.5 million. Graphic: Josh Hall

Mr Whiteside said during that period the market price of sheep and cattle started to climb. From 2015 to 2017, sheep prices climbed 25pc, while in the same period cattle prices climbed 9pc.

"During 2018 and 2019 many farmers commenced to destock due to the drought and many farms were impacted by the bushfires, you can't steal something that isn't there.

"This, plus the implementation of the RCPT, have contributed to keeping the number of stock stolen low."