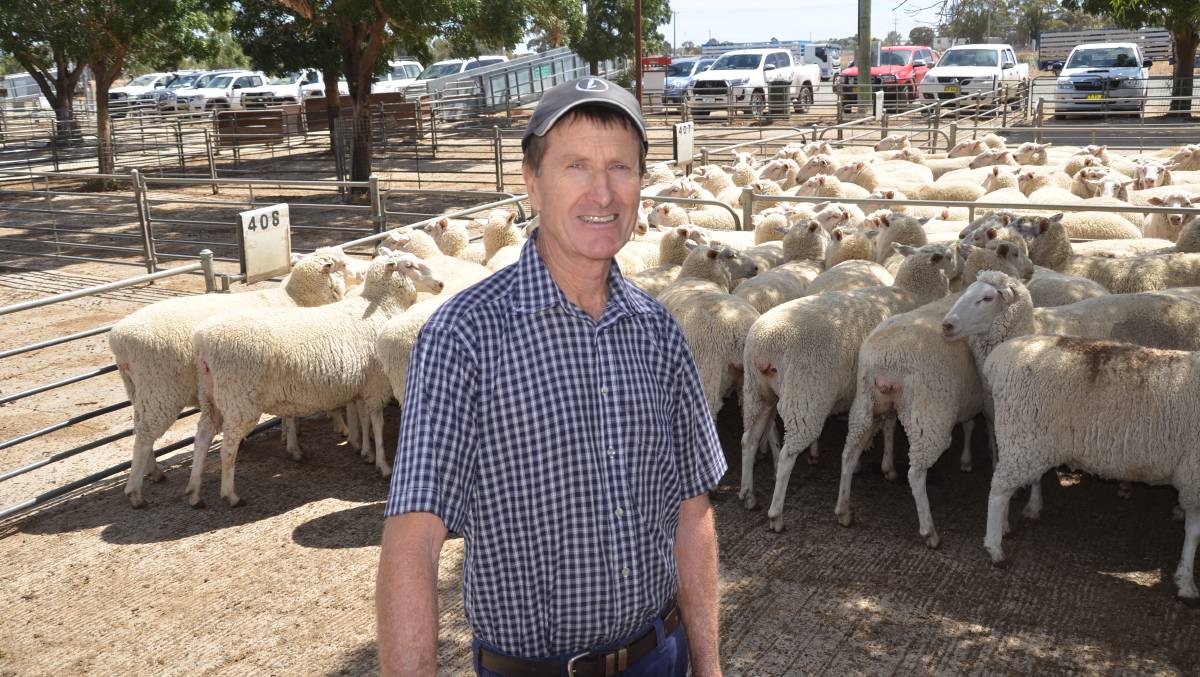 The Deniliquin sheep store sale started with a bang on Friday, with first cross ewes scanned in lamb making $424.

However, prices then ebbed and overall the market didn't reach the heights some vendors and buyers had predicted despite some stand-out individual sales.

Elders Deniliquin livestock manager Jason Andrews said some of the first cross and Merino ewes sold a little under what had been expected.

"It started off like a firecracker with some exceptionally good sheep, and it then got a little soggy in some of the first cross ewes," Mr Andrews said.

"But, I think you have to understand that we would be selling third and fourth drafts out of a lot of those ewes."

The pen was nabbed by an AuctionsPlus buyer.

Mr Curtain said he bought the sheep as ewe lambs out of Western Australia 12 months ago as part of his restocking efforts and had decided to put a portion of them up for sale in order to take advantage of the high prices on offer.

The tops of the White Suffolk cross ewes also sold very well, making up to $276 for a pen of 232 July 2020-drop ewe lambs, December shorn with Wattle Park blood and West Burrabogie bred from Steve and Emma Morona, Deniliquin. The Moronas sold close to 850 ewes in total.

Merino wether lambs also attracted a lot of attention, with most selling from $120 to $174, paid for a pen of 38 trade lambs, 56kg, from Bunumburt Station, Balranald.

"The wether lambs were enormous given the latest price rise in the lamb market, you could really see that effect," Mr Andrews said.

"They're hard to find because a lot of guys had a very good season and sold them in the spring as suckers, so a lot of these are a later-drop or third and fourth drafts, and they were making very good money."

Mr Andrews said there were a lot of Western Australian sheep in the yarding, with only around 50 per cent of the sale vendor-bred Riverina sheep.

Buyers came from all over, including Braidwood in the Southern Tablelands and Dubbo, Forbes and Parkes in the Central West.

"It was really a pretty broad spectrum, it wasn't localised and I would have thought that's to do with the recent rains they've had in Central and North Western NSW," Mr Andrews said.

Walter and Bill Raynolds of Braidwood set off the sale at 3am on Friday morning but said it was well worth the trip, both taking home a pen of young ewes including a pen of a pen of 197 station mated Merino ewes, June/July 2019-drop with Bundemar blood from J and J Croker, Deniliquin for $306.

The sale was interfaced with AuctionsPlus.