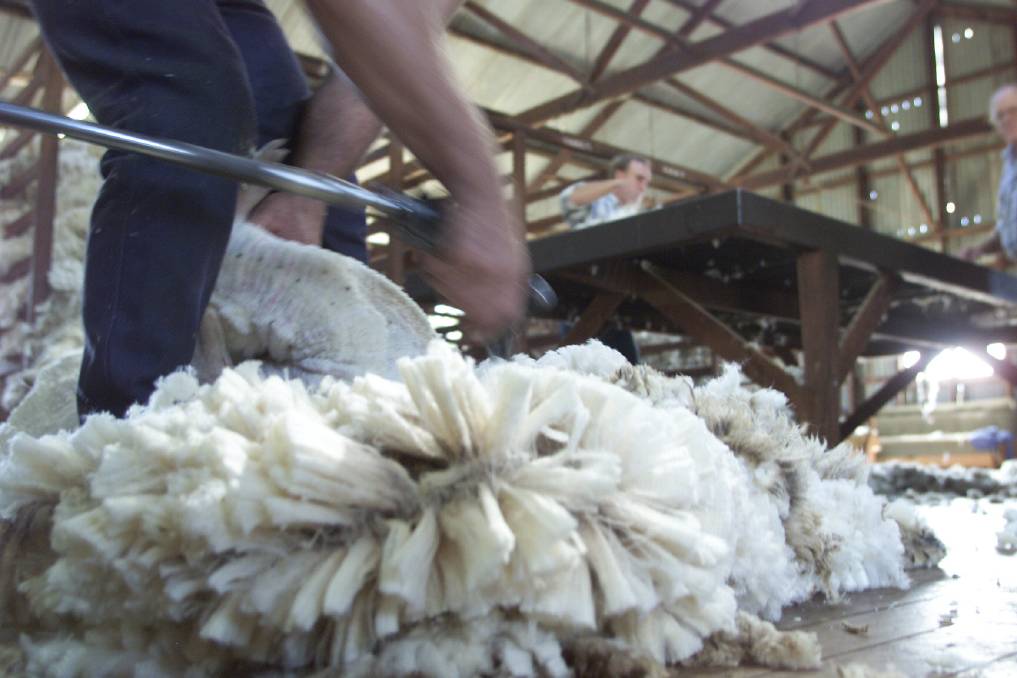 As physical wool auction sales resumed last week after the Christmas recess, solid Chinese demand led to a slight rise in values that was tempered by a stronger Australian currency.

Initially most of the "experts" had expected the wool market to struggle during the first sale back after the recess, given there were more than 50,000 bales on offer - plus a currency that was the best part of US3 cent higher than its pre-Christmas level.

They were all proven wrong, as the Chinese early stage processors got jittery and decided they could not bear to be exposed with low stock levels and so hit the 'buy" button.

Pre-sale estimates of 'plus 30 cents a kilogram' by some of the more astute market watchers turned out to be very adept, with a total of US33 cents added to the Australian Wool Exchange Eastern Market Indicator (EMI) during the week.

But due to the stronger local currency, Australian growers saw an only 15c/kg increase in the same EMI figure during the first sale of the year.

But not many were complaining about the positive result.

Obviously there were a few who were a bit more optimistic, however, with 11 per cent of the offering being passed in. A big portion of this was crossbred types, which unfortunately still remain a lacklustre category.

Superfine Merino was the segment everyone was most interested in and prices for the finest types rose by 50c/kg or more.

Medium Merino wools struggled by comparison and finished more or less unchanged for the week, stretching the gap between 17 and 21-micron out to a very hefty 700c/kg premium.

It is no surprise that spinners are currently rejecting any wooltop that pushes the typical tolerance for micron at present.

Generally, when premiums reach this extremity, the basis will correct as the price pressure gets too much for the market to bear.

But these are not exactly normal times, and the basis may continue to widen a bit further yet.

Those lines sold under a 'D' cert, or the coarser crossbred lamb types, are struggling to find a home at present.

Producers of these types will take more solace in the good work of Meat & Livestock Australia (MLA) and the new lamb advertisement than the price of their fibre, which will unfortunately not be covering the cost of shearing this year.

The question everyone is now asking is: have we turned the corner and caught the wave of COVID-19 vaccine euphoria to push these prices upwards from here?

At present it would seem unlikely, as so far all we are seeing is a bit of stock shuffling, rather than concrete orders being placed.

The spinners have sold a bit of ecru (raw white) yarn to the garment makers, who are speculating that the general commodity boom will include wool this year.

It is still a gamble at this point, as retailers have not yet got on board, but it is not without precedence and the price of virtually every other fibre used in textiles is on the rise.

This shifting of stock along the pipeline has emboldened the topmaking fraternity to, in turn, buy some more raw material.

Those trading greasy wool, either in China or from Australia, have - in turn - been able to change over their stock and so replenished it at auction last week.

So, a heap of product has moved along the pipeline during the past 10 days.

Nothing has come out the other end yet.

But the pipeline was not overfull to start with, so there is no huge pressure on stock levels either.

The next step will be an interesting one for those trying to decide when to sell their woolclip.

The longer-term outlook would appear to be very good, with wool often an early leader in economic recovery terms and there still not being many boxes that wool does not tick to become a favoured fashion item.

In the short-term, the next six weeks will be just as volatile as the period we saw before Christmas.

The Chinese, and other Asian buyers, are about to shut down for their Lunar New Year.

Nobody has yet confirmed if they will take a longer break than usual, although there are quite a few rumours.

The inability of garment mills to export at present, due the ongoing COVID-19 pandemic across the United States and Europe, means that for many there is no market - as the domestic Chinese market is in a seasonal lull.

So, greasy wool buyers may sit back and reflect on their positions, see if the market falls and then at some point - when they think it is a good buying opportunity - dive back in again.

The reactions of growers to withdraw and pass in wool tightens supply more quickly and so this up-and-down wave, which was previously a weekly or monthly trend, suddenly becomes an intra-week, or daily, turnabout.

Although the next six-week period until after the Chinese New Year will be volatile, the longer-term picture looks more promising - with a bit more clarity than that of the past six months.

The coronavirus is still rampant across many parts of the Northern Hemisphere, and even China has a challenge to contain recent outbreaks - with about 600 million people about to embark on their annual migration home for holidays - but a vaccine/s is actually being distributed.

While everyone would like it to immediately reduce the problem, it does take time for a vaccine/s to have an effect on the population and, like a building wave, it will gain momentum - building up more and more until it crests and swamps the virus.

With the world's largest consumer market shortly to be awash with stimulus cash, as Joe Biden signs the blank cheques, a better outcome in 2021 compared to 2020 is not hard to imagine.

There may have been just enough new orders sold since the conclusion of last week's auctions to carry the mood along, or it may peter-out after the first or second day of selling this week - given we have another 50,000-bale sale.

But any downward movement will be fairly quickly cut off by the bargain hunters.

The blending of superfine wool with other noble fibres will keep the pressure on that end of the market as, even at current prices, superfine Merino is a cheap and arguably superior replacement for cashmere.