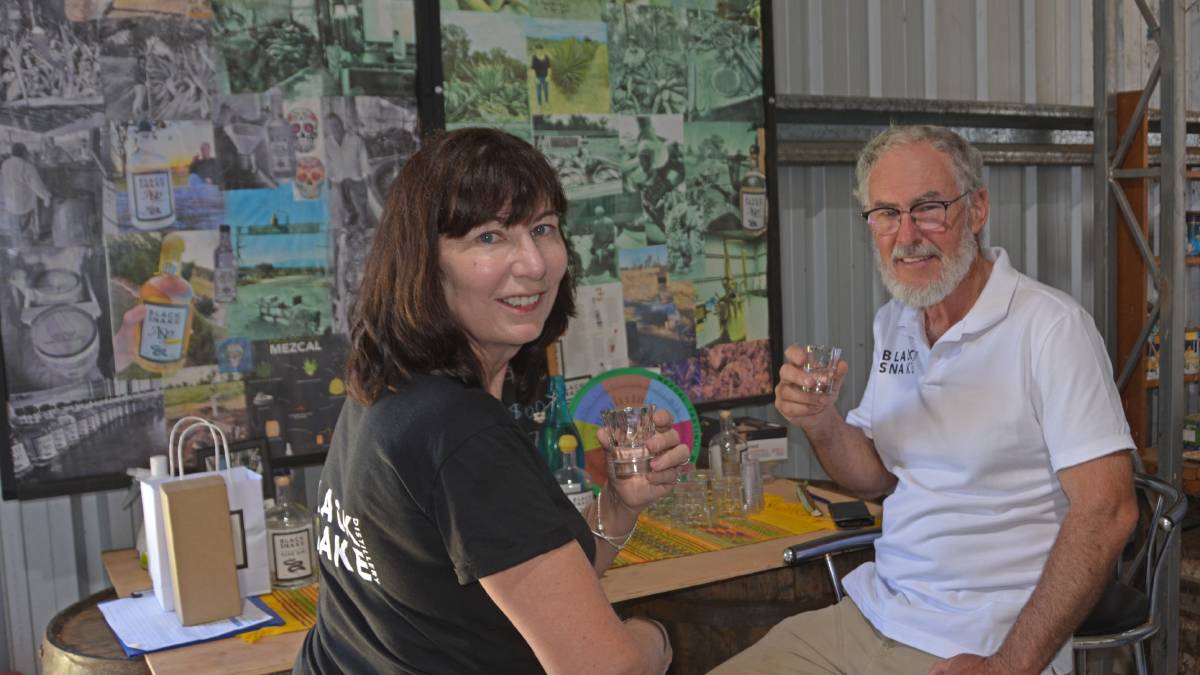 +10
Photos by Billy Jupp and supplied.

ALONG the road from Narrabri to Mount Kaputar in the state's North West, a revolution of alcoholic delights is brewing.

The drink of choice, an Australian take on the Mexican tradition of mezcal, which is made from a variety of agave plants and is similar to tequila, which is made specifically from blue agave.

An abundance of agave plants across the district inspired Stephen Beale and Rosemary Smith to create Black Snake Distillery in 2016.

Ever since, the pair have poured hours of work on their family's third-generation Narrabri property into unlocking the best flavours possible and have even gone as far as Mexico to achieve perfection.

"The way it all started was when one of our daughters went to a conference in America, visited some friends in Mexico and talked about the climate as well as the ethos behind distilling," Stephen said.

"There are a lot of similarities between the two climates and it turned out the agave americana species grew quite well here.

"So we thought it was something different, a good opportunity and from there it all started to develop.

"We've only really gone public with the products before COVID-19 hit and it is all organically, sustainably produced and I think that really taps into the market we are trying to target."

Recipes are handed down from generation to generation in Mexico and Stephen said it was vital Black Snake followed tradition wherever possible.

"Mexico has a denomination of origin that determines it as mezcal and tequila, so we can't call it mezcal even though we try to make it as similar as possible, which is why we call it ASP agave spirit," he said.

"In Mexico, there's about 30-odd species of agave that they make mezcal with, but the major one is called agave angustifolia, which we have in Australia.

"All told there's about 100 species in Australia and angustifolia is considered to be the easiest to make it out of, but we don't use that one, we tend to use other major species including agave americana, which is pretty common around here.

"Tequila is a mezcal, but mezcal is more than tequila."

"It's life cycle is about 20 years, it was basically brought into the country to be put into gardens and they have gone wild," Stephen said.

"Luckily, while they are a weed they are not a noxious weed because of their reproduction technique the only way they will move is if they are physically moved.

As well as following tradition with harvesting, Black Snake also aims to be environmentally efficient by using renewable energy sources such as solar power while distilling.

"We try to follow the Mexican tradition wherever possible and their process is to harvest the plant as close to flowering as possible, chop off the leaves quite close, then seal it up in an underground pit and cook it for three to five days," Stephen said.

"From there, they will grind it up using a number of different methods, they will then put it into an open fermenter for anywhere from four to 14 days, then they will put into a still and we try to follow that wherever possible.

"However, we do some things differently because we are small batch and I think the biggest difference is our fire pit.

"It is a bit smaller, is designed to hold a couple hundred kilos and to be used more frequently than is traditionally done.

"One of the strengths of that is that no two batches are identical and I think the best way of looking at it is like comparing it to wine as in that it is like having a vintage and not so much like a production line.

"However, unlike wine our vintage wouldn't change year to year but instead batch to batch." 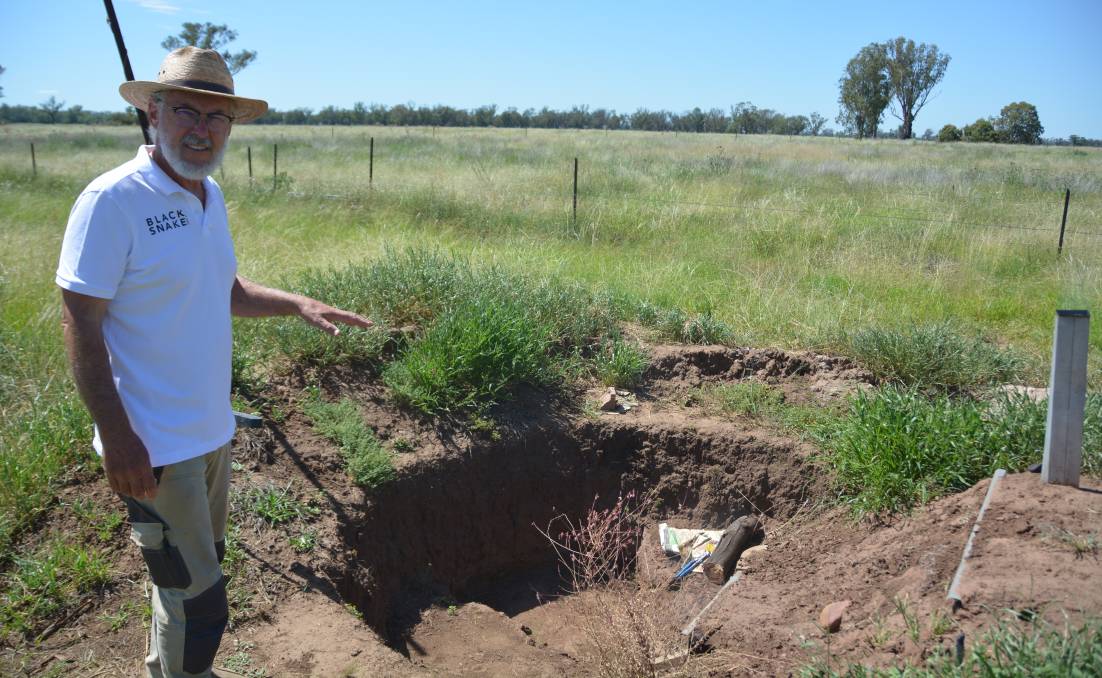 Stephen Shows off the fire pit which the team uses to cook the agave. Photo: Billy Jupp

As well as a variety of agave spirits, Rosemary said the team also makes a variety of gins and adaptions of other Mexican classics such as abocado.

"Traditionally, abocado is not something that is mass produced, instead it is made by families from what fruits are available to them for their own consumption," she said.

"I was keen to give it a try, it was winter so I did use whatever fruits were in season, so I went to our local Paradise Fresh and was able to use things like apples, bananas and things like that.

"However, from what I understand of the traditional abocado, it's more vegetative than fruit based, so I added some lemon-scented gum and it's really blended in nicely.

"We took it to our distributor in Newcastle, he really liked it and while we don't really push it as much, it has proven to be quite popular."

Black Snake's products have drawn the attention of critics across the globe and last year earned a bronze award in the Australian Distilled Spirits Awards. 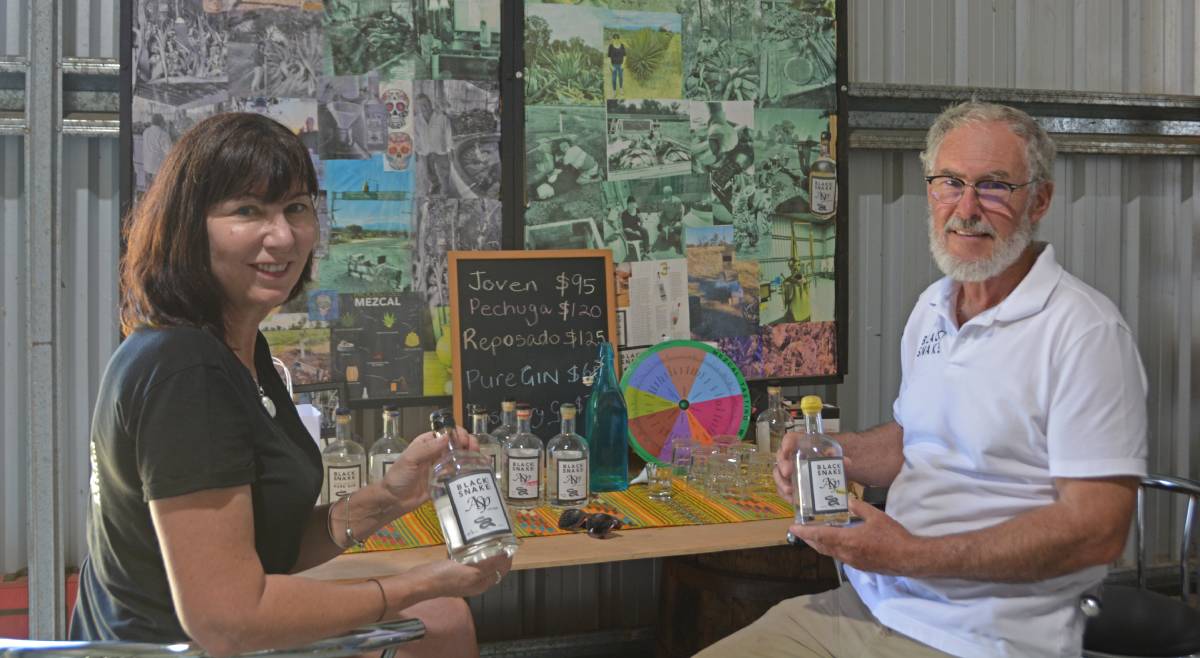 Black Snake's drinks are available in bars in several cities such as Sydney, Perth and Melbourne. Photo: Billy Jupp

The Narrabri-produced drinks are also available in bars across the country in places such as Sydney, Perth, Byron Bay and acclaimed Melbourne gin bar Bad Frankie.

"I think the younger demographic are eager to drink something new and I think it is considered pretty cool to drink mezcal," Rosemary said.

"The taste is so complex and I often think mezcal is not a drink, it's a lifestyle.

"As far as we know, we're the first to be doing paddock to bottle agave spirits in Australia.

"It's an acquired taste that's for sure, and for those who ask how best to drink it, the answer a purist would give you would be straight at room temperature, but honestly it's however you want to drink it."

As you drive from Narrabri to Mount Kaputar and the aroma of a paddock to bottle produce fills the air, keep an eye out for agave plants because they may end up in your glass one day soon.