A bidding price war has broken out for shearers across Australia. 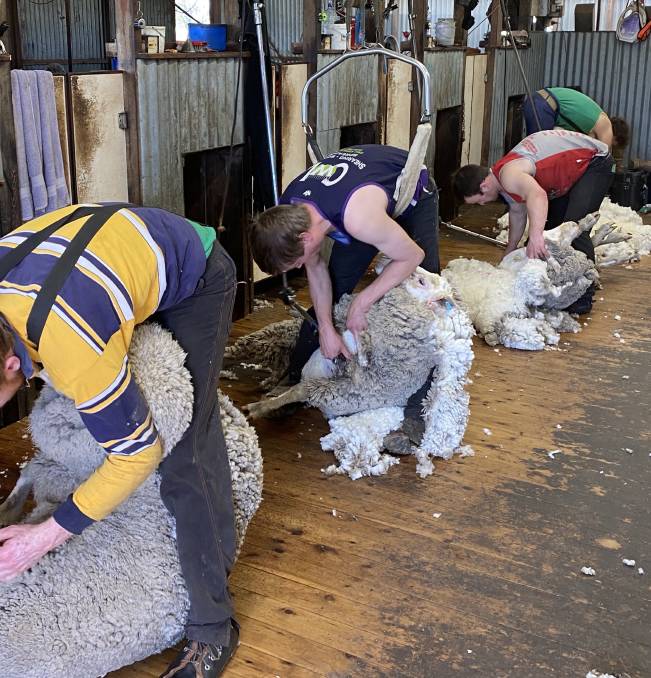 IN DEMAND: Shearers are in hot demand across Australia and a bidding war has broken out - some are offering well above award rates. At the same time, the AWU says it wants a lift in award rates.

A bidding price war has broken out across Australia trying to secure shearers.

Some contractors are offering up to three times award rates for shearing with juicy sign-on bonuses as well because of the shearer shortage.

It comes at a time when the Australian Workers Union has lodged what some have called "an opportunistic" claim to lift award shearing rates by almost a third, from $3.26 to $4.26 a head.

Many contractors are already paying above award rates which their industry association blames on "queue jumping" farmers.

It is clear above award rates of up to $10 a head are being paid but the amounts vary widely from region to region and state to state.

One central NSW contractor is paying a sign-on bonus of $500 cash as well as a $4 a head fee for new recruits.

Shearing Contractors' Association of Australia secretary Jason Letchford said the above award offers could also include other costs as well.

"This really started months ago when some farmers started queue jumping and paying above award rates," Mr Letchford said.

Commenting on the AWU claim, which Mr Letchford said most would see as opportunistic given today's shearer shortage, he said thousands of producers would be upset by it.

"Today we are talking about above award pay because there is a shortage but in the future, it might come down to a question of viability."

The AWU said an increase from $3.26 a head to $4.26 would boost wages by several hundred dollars a week and also help shearing contractors across NSW who are struggling to find workers due to the COVID-19 pandemic.

"I don't think it is a constructive process to simply put out a press release and say we want more money."

The National Farmers' Federation has counselled the Australian Workers Union to get the facts before grandstanding on issues they clearly know nothing about.

"Ill-informed claims about the underpayment of shearers are baseless and reek of shameful opportunism, a pattern of behaviour that unfortunately, during the pandemic, we have come to expect from the AWU," NFF CEO Tony Mahar said.

Mr Mahar said COVID-19-induced border restrictions had resulted in a worsening shearer shortage, with anecdotal reports of farmers offering well above award rates to get the clip off.

"Usually, the Australian shearing workforce is supported by international teams, particularly from New Zealand. COVID-19 has made this difficult, leaving Aussie shearers with a much bigger task.

"In stark contrast to the AWU's halfcocked comments, reports are that farmers are offering up to $1 above the award rate of $3.26 per sheep to get the job done."

Mr Mahar said the declining number of Australians taking up shearing was an ongoing challenge.

The story Bidding war breaks out for shearers on pay first appeared on Farm Online.