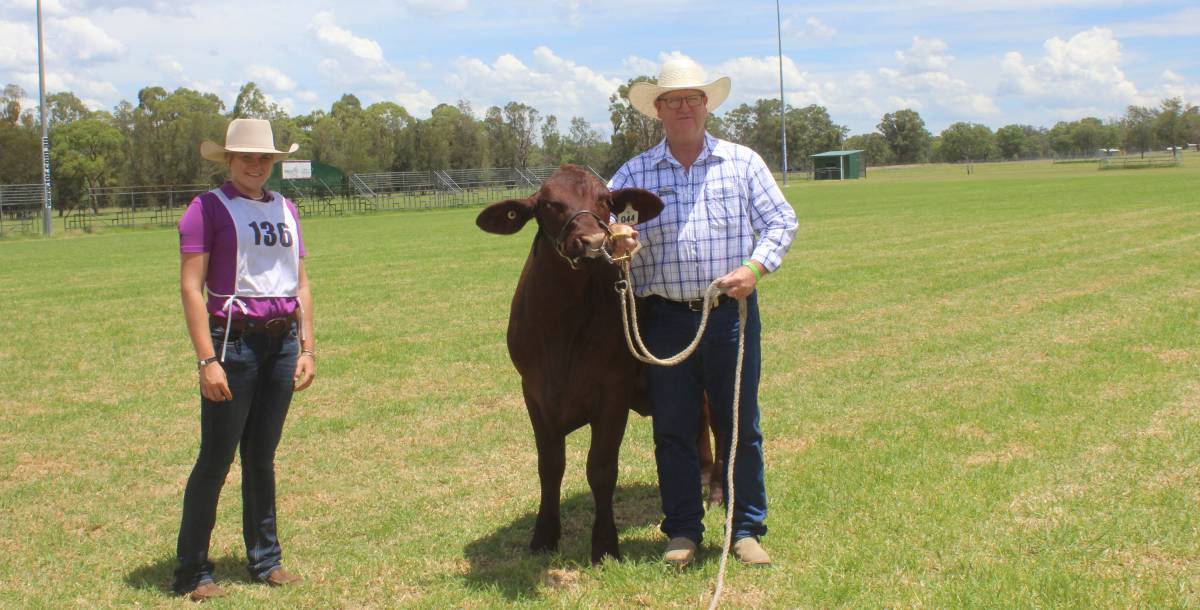 Santa Gertudis youth on a learning path for the future

For 17-year-old Georgia Perkins of Corndale near Lismore, NSW, the event will be etched in her memory forever as she was awarded the coveted prize of the heifer Nioa Helena Q44 donated by the Nioa Santa Gertrudis Stud, Allora.

This is the second occasion she has been awarded a heifer at the Santa Gertrudis National Youth Camp.

"I was awarded the heifer in 2019 donated by the Dunlop family of Dunlop Santa Gertrudis, Proston, and she had a heifer calf a foot," Georgia said.

Georgia was a clear winner over the four days and accumulated a total of 723 points, and a six point lead.

"I am certainly now looking at starting a Santa Gertrudis stud in the future now I have three lovely foundation females to work with," she said.

"It is certainly an honour and a privilege to win Nioa Helena Q44, as I didn't go there to win, I was there the learn and encourage the other little kids."

Nioa Santa Gertrudis manager Shannon Gardner said it was great to be able to promote and encourage the youth and the Santa breed itself.

At 18 months of age Nioa Helena Q44 is by Wave Hill Jager J14, the 2015 Brisbane Royal Show grand champion bull who later sold for $67,5000 at the Santa Central Sale to Nioa Pastoral Company. She is from Riverslea Helena H11 and has been running with Nioa Q06 since October 30. John Delaforce, 20, of Toolgooawah had plenty of reasons to smile after he was awarded the RJ Kleberg Memorial Scholarship.

"It is definitely a honour to win this award and I am humbled that I was selected," he said.

"I look forward to attending the many events I am invited to and represent the breed from a youth perspective."

John is already planning a career with Santa Gertudis cattle and has been working for David and Suzanne Bassingthwaighte for the past 18 months.

"I joined them at the Waco Stud at Muldoon at Mungallala for six months, then they transferred me to Epenarra Station in the Northern Territory as a station hand 12 months ago," he said.

"David and Suzanne are a great couple to work with and have given me some opportunities and I head back to Epenarra Station for another season at the end of January.

"When the show season gets underway I will be heading back down to give them a hand on the circuit, which I was to do last year until the shows were cancelled due to COVID."

Darby, 13, had earlier claimed the senior champion parader for the 13 to 18 year-olds before going up for the grand champion award.

He has attended the Santa Gertrudis National Youth Camp on six occasions and said he learns, has fun and makes friends. 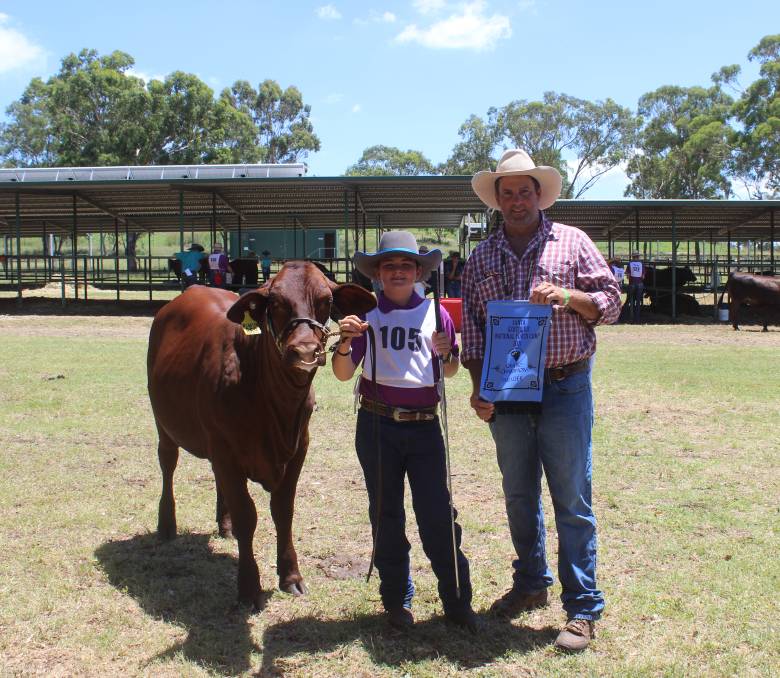 A student at Downlands College in Toowoomba, he said his holidays were always packed with cattle work and mustering on horses.

Darby plans to study agronomy when he leaves school.

"That way I can work and travel when I leave school and I want to learn to grow my own crops and my ultimate goal is go home and to take the family farm."

Darby won his first paraders competition as a seven-year-old, and this is his first grand championship award.

"He certainly didn't take his eyes off me for a second and kept his heifer under control at all times," Mr Dockerill said

"He listened to both me and the steward at all times and is a worthy winner.

"As a cattle fitter by profession I certainly would let him be part of the Pinedock fitting team.

"I judged him in the senior section then teamed up with Georgia McMaster who judged the juniors to judge the grand champion award."

"All the kids have embraced the event and loved it and the older students certainly provided leadership to the younger ones," Mr Dunlop said.

Santa Gertrudis Breeders general manager Chris Todd said while there has been pressure to cancel the camp due to COVID they all were determined to push ahead.

"A COVID plan was implemented and carried out including temperature checks and social distancing and it was an enormous amount of work for a lot of people," Mr Todd said.

"What I love about this youth camp is that we are all getting older, and it is our legacy to keep creating leadership and this is an ideal venue to do it."