The sale was one of the first of the busy New England selling season.

A small gallery of supportive neighbours attended the Moray Merinos annual on property sale at Guyra on Tuesday.

Vendor James Stewart offered 24 horned and polled Merino rams selling five to a top of $800 for a $590 average.

A Deeargee Jonno son that had a 17.4 micron and a clean fleece weight of 145 per cent topped the sale to Tangley Grazing Company at Guyra.

The ram will be joined to ewes from their flock of 700 to help with their rebuild after previous years of drought.

Buyer Charlie White said the ram had the target wool type they were after.

"He will cut a lot and had a nice crimp definition."

All eyes after the sale turned to the White's LandCruiser when the top priced ram was loaded into a dog box to begin his journey to Tangley. 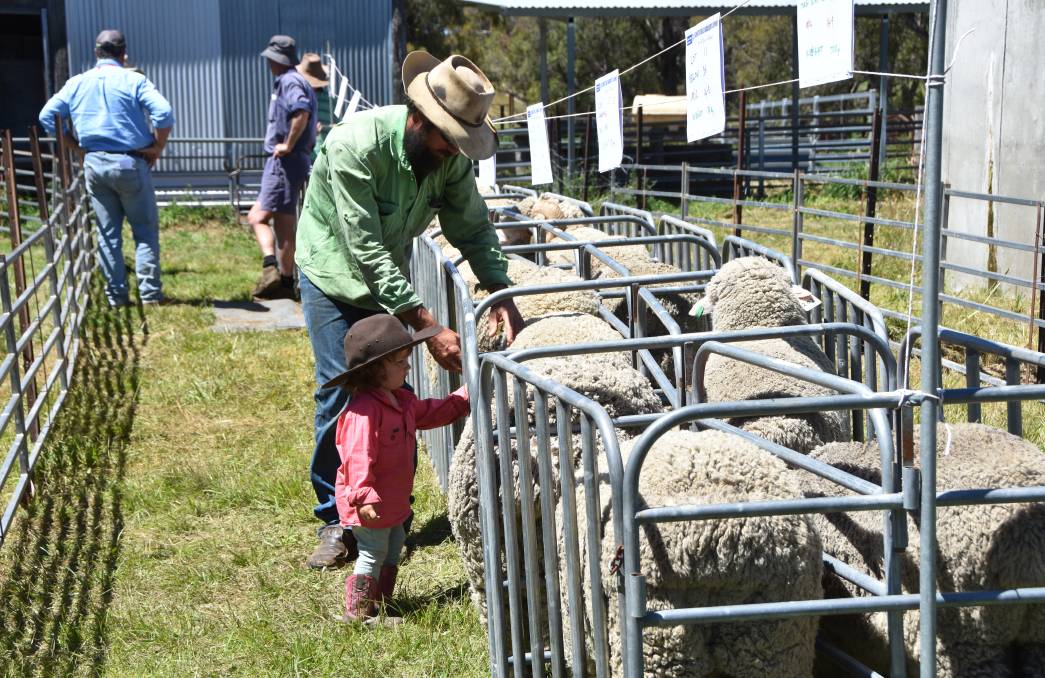 The top priced ram of his draft was a polled 20.2 micron ram with a clean fleece weight of 117 per cent.

The rams will be joined to maiden ewes.

The Moray auction was one of the first sales of the busy New England selling season.

Most agents were still apprehensive about what was to come as flock numbers were still down by around 50 per cent and many buyers still had rams from last year.

The sale was conducted by Schute Bell with Graham Andrews controlling the Helmsman auction system.