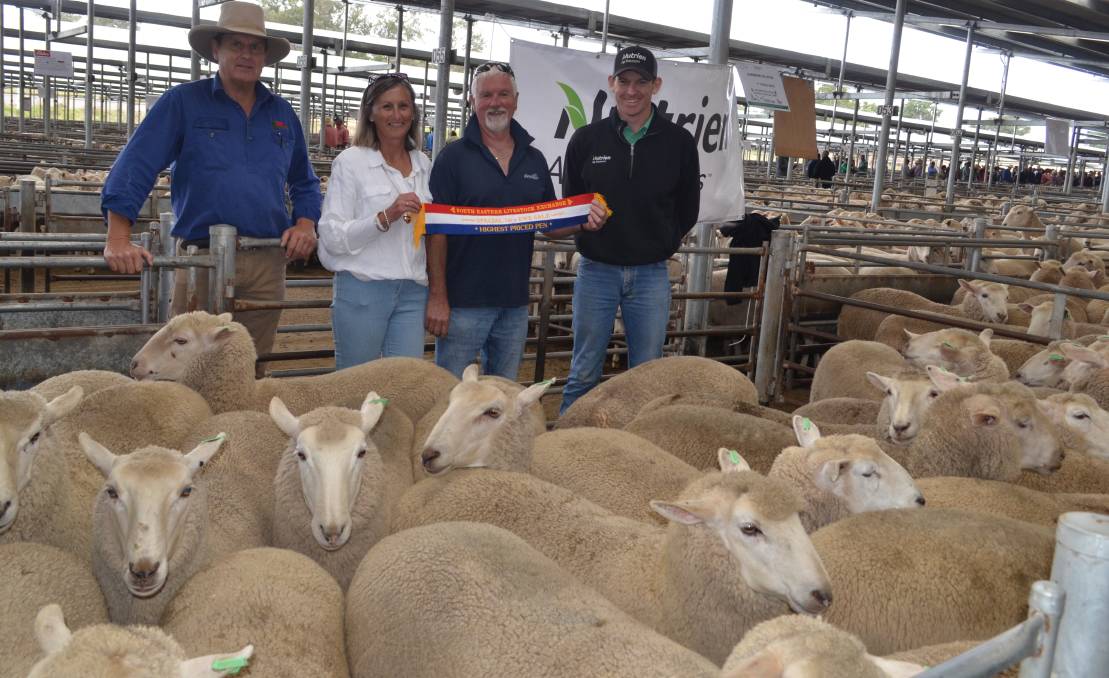 Potatoes and prime lambs have long been the mainstay for many primary producers in the Crookwell district.

Along with the breeding of Merino sheep for their fine wool and the sale of weaner cattle, on the heavy soils in that area farmers have taken pride in the quality of their prime lambs.

Traditionally, the first-cross dams of those prime lambs have been sourced from the Riverina or the central-west where specialist breeders purchase Merino ewes from the western stations.

Mr Romer said the ewes, sired by rams bred in their Sunbury Border Leicester stud are the culmination of a planned new direction for the family farm.

The couple are in flock re-building phase following a period of destocking due to the ongoing drought; and they are now focusing upon the production of first-cross ewes having moved away from their previous commitment to a self-replacing Merino flock.

"We just wanted to simplify our management," Mr Romer said.

"We turn off about 30-40 Limousin cross vealers and with the multiple sheep breeds it was becoming difficult to keep them all going through the drought."

With the turn of seasons and promise of good returns from sheep for some time to come, Merino ewes have been sourced from the Monaro where breeders concentrate on big sheep, producing heavy fleeces of fine micron.

And recently, the couple have been sourcing ewes from the Crookwell district, as they lift flock numbers to around 800 ewes joined.

"We are paying strict attention to the type of Merino ewe we buy," Mr Romer said.

"They have to be productive but Gwenda and I are also very conscious of conformation from our interest in breeding Border Leicesters where correct structure is so important."

"I also like a body with depth and length, a clean head and width through the rump," Mr Romer said.

For the sale of their first-cross ewes, they are concentrating on having the sheep in peak condition for presentation during the annual sales conducted at SELX, Yass.

"Those sales have a very good reputation and buyers turn up from many areas," he said.

"The sale this year when we got the top price was proof we are on the right track.

"There were a lot of well-bred sheep there and to get the top price was a real boost for us."

The top price for one and half year ewes was $442 paid for 45 August/September 2019-drop, September-shorn sold by Matt and Margaret Croker, Binda.

Mr and Mrs Romer have been keen supporters of the Border Leicester for many years, breeding for their own use but attracting a loyal local clientele.

Last year three rams were bought at the North South Border Leicester ram sale, Wallendbeen which Mr Romer said would be a great genetic boost to their stud.

"They have great length of body, good upstanding outlook and a good carcase," he said.

"They are the characteristics we want to breed into our first-cross ewes."