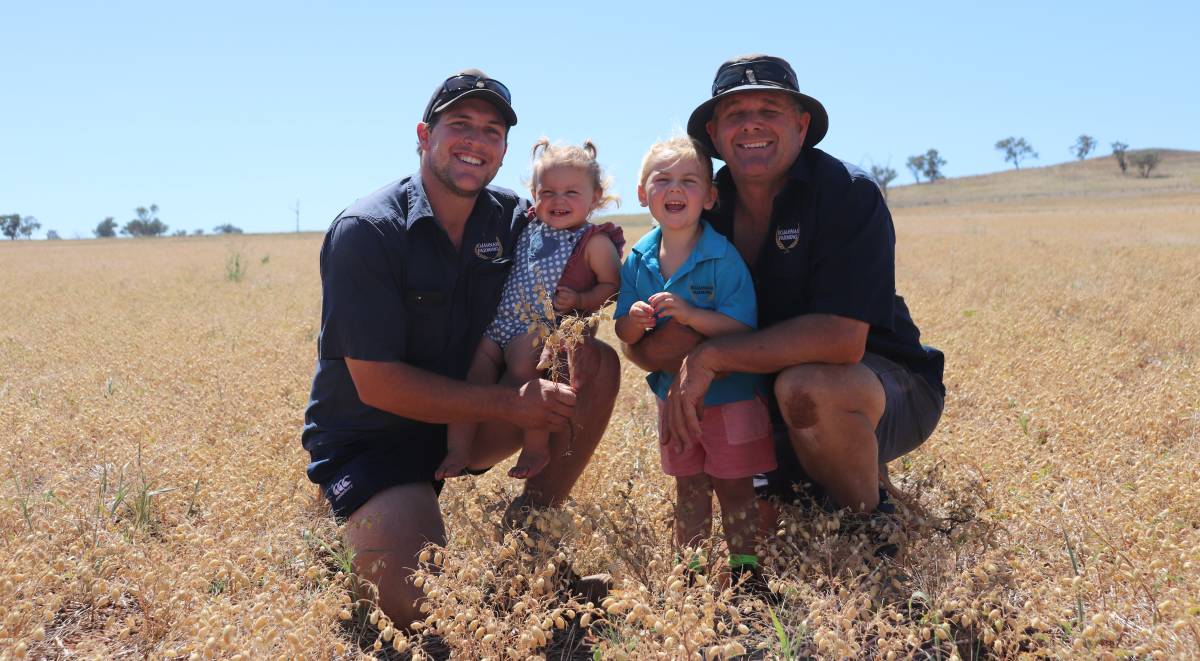 It was the first time this Woodstock farmer has planted chickpeas as spring-sown crop.

FAVOURABLE spring conditions have offered up a once-in-a-lifetime opportunity for one Woodstock farmer.

Rodney Wright was among the few to take the chance to sow spring chickpeas for the first time on his property, east of Cowra.

"Going off the back of the La Nina forecast, we did silage on a paddock and we thought we shouldn't leave it bare, so we sprayed the grasses out and drilled in some chickpeas," Mr Wight said.

"It was a good opportunity for us to keep some ground cover on the paddock during summer while still allowing us to sow wheat again in May.

"Straight after we sowed them we had a bloody deluge of about 120mm, but because it was drilled in far enough, the crop wasn't disturbed in any way and ended up coming up pretty well."

Widespread early-summer rainfall helped farmers across NSW plant a variety of summer crops, however Mr Wright said his crop did not get the full impact of the rain.

"In a way, they sort of ran their race pretty quickly actually, which I put down to the amount of sunlight, daylight hours and that sort of thing.

"They've done pretty well so far, but they haven't kept growing like I thought they probably might, but having said that, I think they've come up really well." 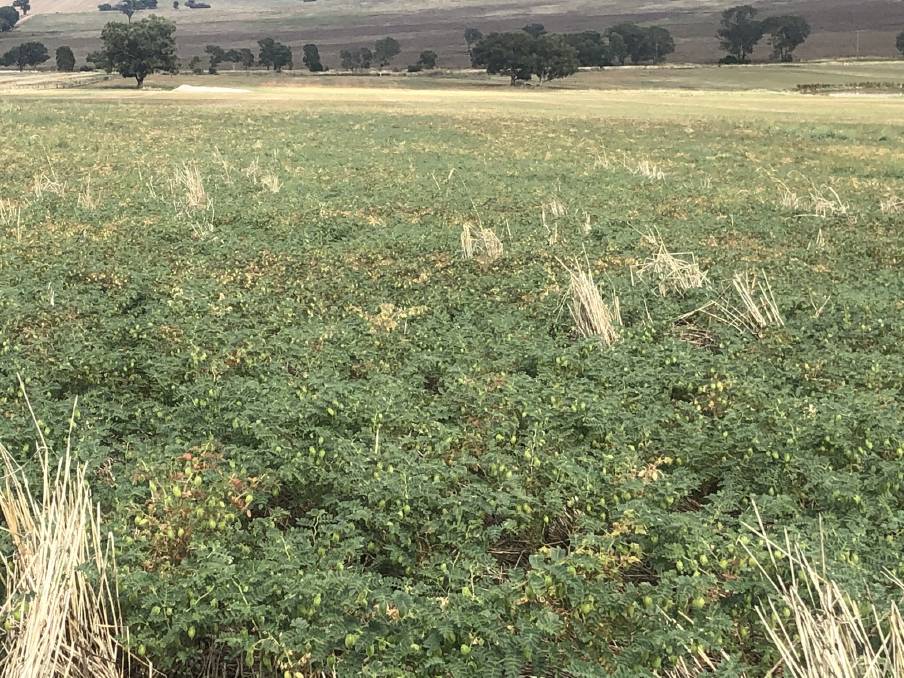 Rodney Wright planted the crop of Hatrick and Seamer chickpeas at his Woodstock property on October 17.

Such is the rarity of spring-sown chickpeas in Mr Wright's area of NSW, only a small handful of other growers have taken the opportunity to plant chickpeas.

"This is the first time I have ever grown spring-sown chickpeas and I have lived in this area all of my life," Mr Wright said.

"It's not really a crop that's grown much around here, there's a couple of guys around here who grow them in the normal season, but not too many have grown them in spring.

"There is another guy at Barry, which is near Blayney, he's tried spring chickpeas.

"However, he'd be another 300m above sea level from us and the conditions are still a bit cooler.

"His were still a bit green at Christmas time, so I'm also really interested to see how he goes."

Mr Wright said the crop had "offered up a lot of benefits" and he hadn't ruled out trying another spring crop next year.

"They are due to be desiccated next week, then harvested, so they are close to coming off and when you think they were planted on October 17 it makes them about a 100-day crop, which is a quick turnaround.

"This paddock did lend itself to it, but we will have to see what the spring does next year."