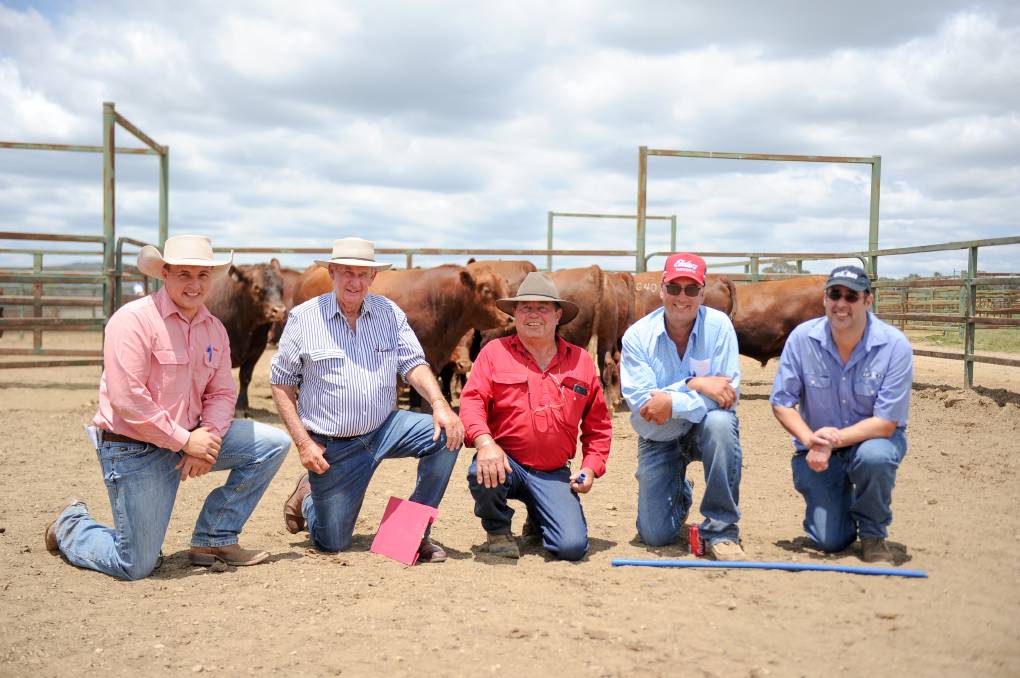 The bulls were prepared under the same conditions since October.

The first crop of graduates from The Invitational Red Angus Bull Sale feed efficiency trial were given glowing reviews from vendors and assessors after completing 70 days at the UNE Smart Farm Tullimba Feedlot outside of Armidale.

Interest within the industry was high to see if a catalogue of bulls from vendors in NSW and South East Queensland could be prepared under the same pre-sale conditions and compared on structural and scanning data.

The 45 bulls were delivered to the feedlot in September aged from eight to 14 months, run together in an orientation period for 14 days, before beginning a preliminary feed and then progressing to a 70 day ration.

From there independent assessors selected the best 35 to be auctioned in Tamworth on April 30.

Vendors had their first glimpse of the sale entries during an open day on Thursday where the structural integrity of the group was praised, especially after enduring a waterlogged December on feed. Having completed the trial on Wednesday, Roger Evans of Bovine Scanning Services at Tamworth scanned all of the bulls on Saturday along with completing a structural assessment.

He then assisted fellow assessors Roger Hann and Ross Anderson in selecting the top draft.

Mr Evans said overall the bulls were very uniform and would fit into the marketplace offering a good combination of growth for age, yield, softness and varying degrees of intramuscular fat.

"It was very interesting because there is different ages and there is cattle that have compensatory gain but the pleasing thing is after 70 days on feed it's easy to identify cattle that are going to suit different marketplaces," he said.

"There is cattle with some yield and a little bit less fat, there is also cattle with a bit more fat, maintain muscle and then different degrees of IMF so there are cattle that are going to suit a lot of different production systems." On average the group put on 123.8 kilograms for an average daily weight gain of 1.7kg having consumed an average of 15.52kg each day.

The average feed conversion rate (kilogram of growth/kilogram of feed) was 0.11.

Meanwhile, Yallambee Q56 and RA Q09 had the biggest IMF scores of 7.5 per cent while 13-month-old AK R2 had the largest growth rate from start to finish of 1.84kg/day. The feed trial top gainer was RA Q09 with a gain of 2.55kg/day.

The response to the trial was so positive that Red Angus breeders are already turning their attention to how they can grow the concept and potentially develop their Breedplan dataset, like net feed intake, by running a steer trial with the sale bull progeny. 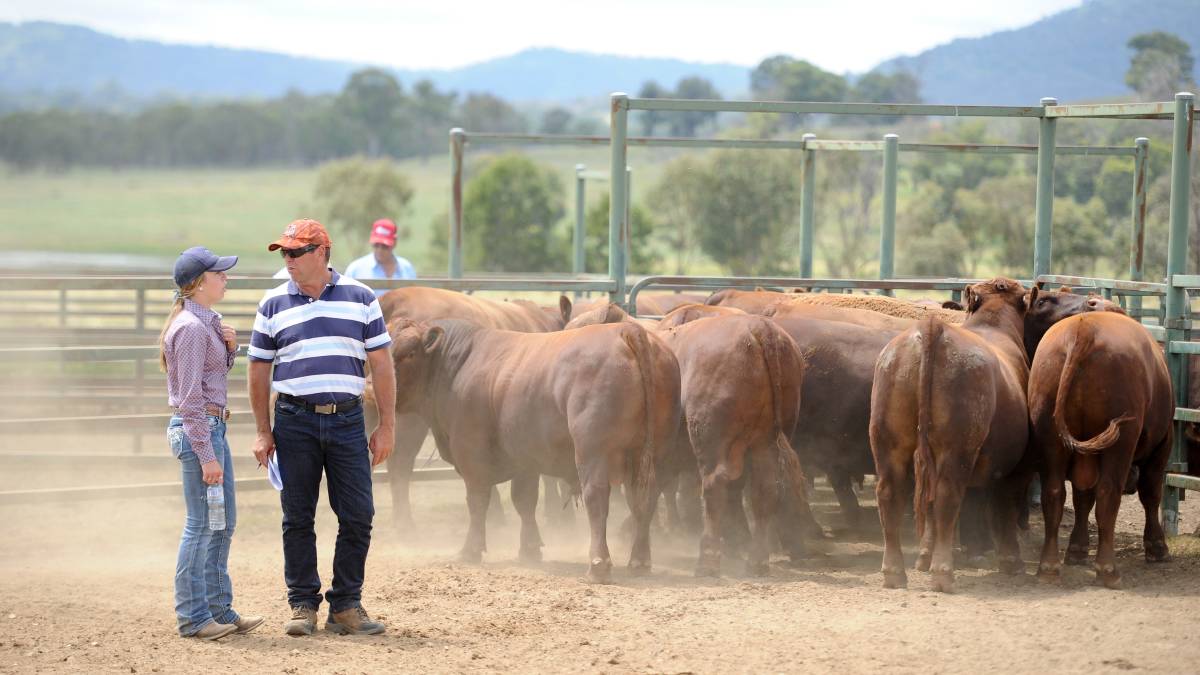 Southern Beef Technology Services technical officer Boyd Gudex said there was scope to build on the data but large quantities were needed to make an EBV available.

"There is a critical mass of data required for an EBV to be calculated; without it you don't have the statistical accuracy," he said.

"The more data you collect the more you are building towards that critical mass and having that available.

"The first step is to try and continue this kind of thing...ideally you want a steer trial where you have whole mobs. "These bulls represent a selected few from every herd.

Assessor Roger Hann from Moree supported the steer trial idea and commended breeders on the line of bulls.

"The feet and legs on the bulls was excellent, the temperament was quite outstanding compared to some other breeds, it was a delight to be able to work with them and the carcase component was excellent," he said.

The multi-vendor bull sale trial is a first for any breed and organiser Graham Jordan of Goonoo Red Angus, Tamworth, declared it very successful.

"It's gone fantastically well as you can see by the bulls the end result," he said.

The bulls will return to their original homes until the sale day.