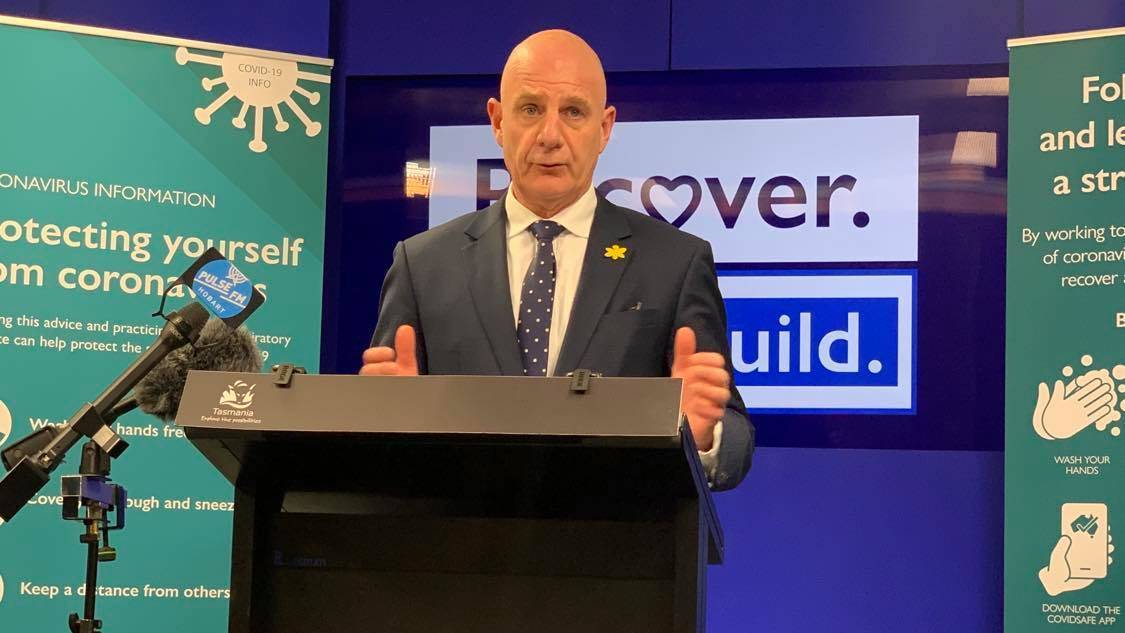 Tasmania has softened its border restrictions in relation to Brisbane and Sydney.

Tasmanian Premier Peter Gutwein has announced the state will reopen its border to Greater Brisbane and loosen some of its restrictions on travellers from parts of Greater Sydney.

From 12.01am Friday, Greater Brisbane, encompassing the Brisbane, Moreton Bay, Ipswich, Redlands and Logan local government areas, will be designated low-risk, meaning people travelling to Tasmania from those areas will not be required to quarantine upon their arrival.

"Travellers in Tasmania who are currently in quarantine because they had been in one of those Queensland local government areas in the 14 days prior to their arrival will be able to end their quarantine period from midnight tonight," Mr Gutwein said at a media conference on Thursday.

"We have unrestricted travel with all of Queensland and I know that for many Tasmanians, and certainly Queenslanders looking to visit Tasmania, that will be positive news."

Greater Sydney was designated a medium-risk area after the Northern Beaches outbreak wreaked havoc over the Christmas period.

But Mr Gutwein noted that NSW had gone a number of days without recording a locally acquired case of coronavirus. He said Tasmania would take a cautious approach to lifting its border restrictions in relation to NSW.

"The 10 local government areas that will remain medium-risk, meaning that anybody travelling from there to Tasmania will need to quarantine, are Blacktown, Burwood, Canada Bay, Canterbury Bankstown, Cumberland, Fairfield, Inner West, Liverpool, Parramatta and Strathfield," Mr Gutwein said.

"I want to say, importantly, to those who have been travelling to Tasmania and those that have unfortunately been caught up in some of the restrictions, I want to thank them for their patience through this.

"I'd ask all travellers to continue to check the (Tasmanian government's) coronavirus website and look at the medium-risk local government areas and notify authorities if you have been in one of those LGAs when you're completing either your Good2Go or Tas e-Travel pass."

As with Greater Brisbane, people currently quarantining in Tasmania due to having arrived here after spending time in one of the 24 areas of Greater Sydney that were previously designated medium-risk will be able to end their quarantine at midnight tonight.

Public Health director Mark Veitch said there were about 1400 people in home quarantine in Tasmania right now and 50 in hotel quarantine. He said he expected that about half of the total number of people quarantining would be eligible to complete their quarantine.

According to Dr Veitch, there was no longer "sufficient justification" to keep quarantine restrictions in place for the 24 particular areas of Greater Sydney.

"We knew that the outbreak in the Northern Beaches appears to be over, amounting to around about 150 cases," he said.

"The last diagnosed case was over a week ago now. That case was likely to have been acquired around Christmas."