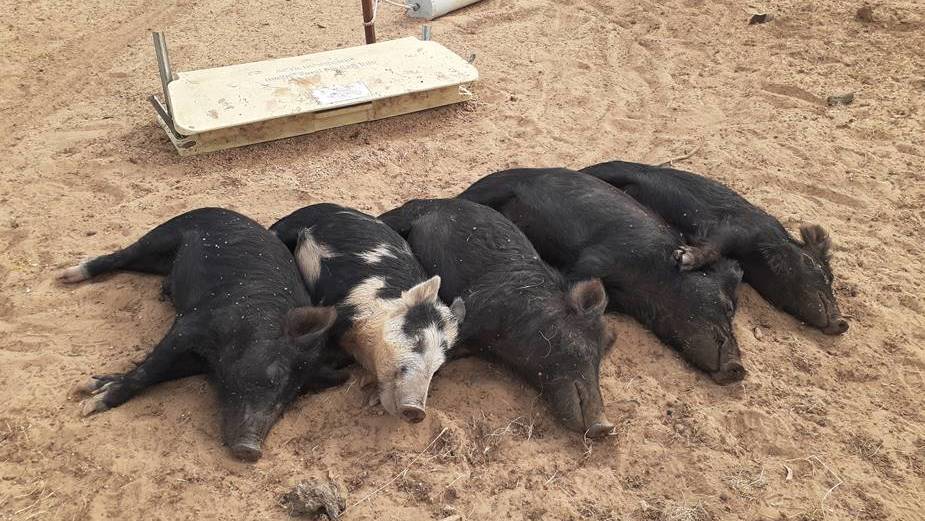 The chemical used to cure bacon is now a frontline weapon against feral pigs.

THE irony that the chemical used to cure bacon is the key ingredient in a new bait to kill feral pigs is not lost on its creators.

Sodium nitrite is used in small quantities to cure bacon, but scientists have stabilised the chemical to persist long enough in an outdoor environment to use it to kill pigs.

One of the new technology's developers, Dr Linton Staples, reckons it's a game changer and could become a frontline defence should African swine fever broach our shores.

The key to the bait is sodium nitrite's ability to convert hemoglobin into methemoglobin, eliminating red blood cells' capability to carry oxygen.

The end result of that is the pig goes to sleep then dies without awareness.

The research into the new bait, which now has Australian Pesticides and Veterinary Medicines Authority approval for use, began 12 years ago.

Once sodium nitrite was identified, then came the challenge of stabilising the chemical in an outdoor environment.

This, said Dr Staples, was technically difficult, "the hardest I've worked on in 30 years".

The final version of the bait is in paste form and is dispensed from a moulded plastic hopper to stop non-targeted species accessing it.

While the baiting area must be signed, the APVMA has approved it as an S6 chemical, meaning there is no specific training or certificates needed for its use.

Dr Staples said the team at Animal Control Technologies Australia (ACTA), which developed the chemical and named it Hoggone, reckoned the cost per dead pig was about $5.

The hopper costs about $400, is reusable and can be moved from property to property meaning the cost can be shared among landholders. 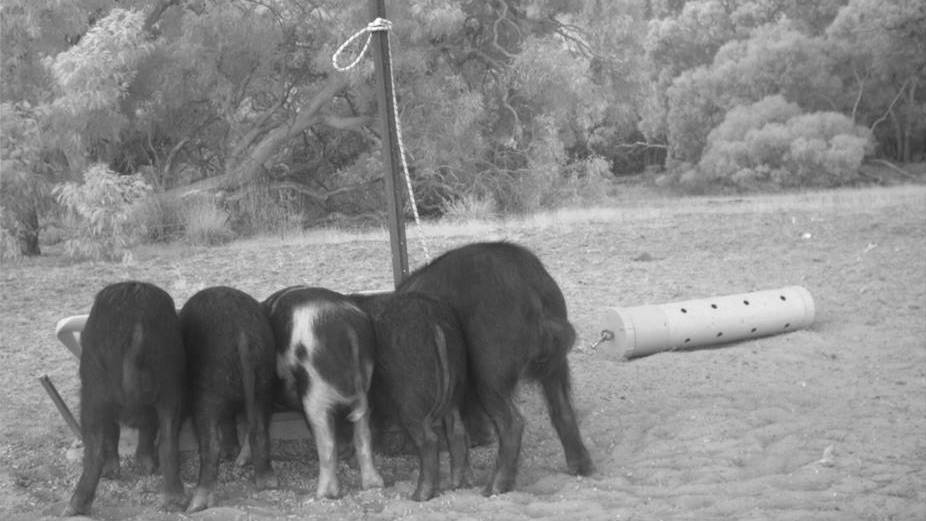 In trials the paste without the active ingredient is first put out, then, said Dr Staples, the pigs become "besotted" with it, "they love it".

Then one good dose of sodium nitrite is added and the bait does its job.

"They're affected by it within minutes and dead within about three hours."

But the desire for the tasty morsel has them hanging around for more, meaning results are easy to tally.

Most carcases can be found within 100 metres to 200m of the hopper.

And because pigs live in family groups of 10 to 50 the whole lot can be taken out, whereas shooting from a helicopter doesn't assure the entire family unit is killed. 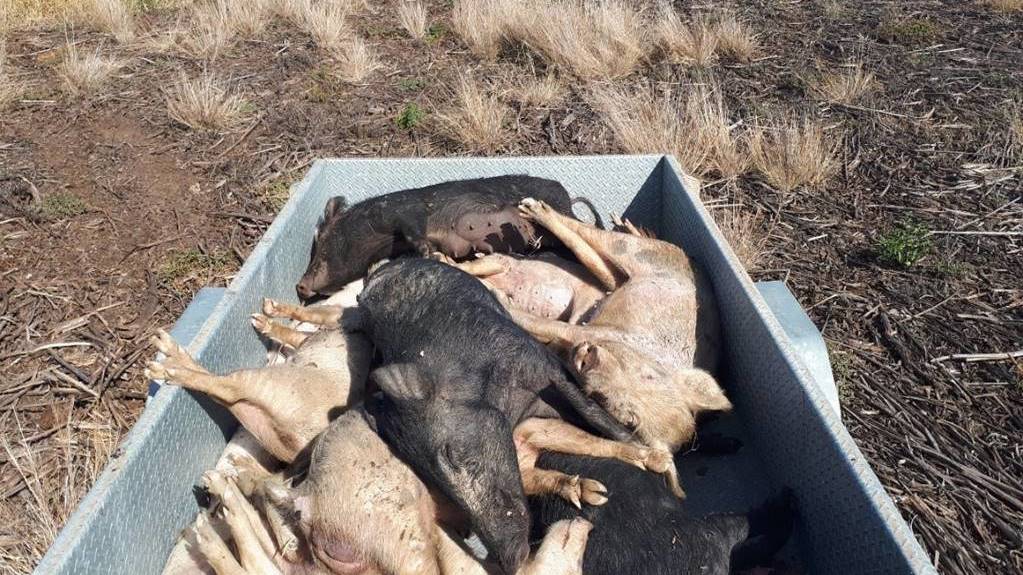 The end result. Dr Linton Staples says the pigs simply go to sleep and then die.

"Aerial shooting is suppression, not control," said Dr Staples, suggesting in any given area 75 per cent of the population needed to be taken out to begin quelling it.

He said aerial shooting cost estimates in the US, areas of which have similar feral pig problems to Australia, put per head dead from US$25 to $US50.

For the past few months ACTA has been working with Local Land Services and farmers on Kilarney near Hillston with camera monitored baiting points.

Dr Staples, who runs Angus breeders on "a hobby farm that got out of control" of about 400 hectares near Victoria's Lake Eildon, said because of sodium nitrite's nature, there was no chance of secondary poisoning by scavenging animals.

He has worked in the pest elimination field for 30 years, with an agricultural science, fundamental research background.

He successfully worked to improve fecundity in sheep using melatonin.

It was then he realised what farmers already knew, foxes were taking the extra lambs.

It was then he moved into pest control.

Since then he has helped develop Fox Off, Rabbait, Mouse Off and Rat Off.