Buyers from Young and Yarrawonga, Hunter Valley and to as far north at Tamworth secured the yarding of 7000-plus ewes with prices records the best ever at the 73rd annual Dunedoo breeder sale on Friday.

MERINO ewes sold to a top of $378 while the $366 top price for first-cross ewes was shared during the 7000-plus yarding 73rd annual Dunedoo breeders sale today.

In a dispersal of Rodney and Fiona Single's Brooklyn flock, Tallawang near Dunedoo, all their ewes from 1.5 years to 5.5 year totalling 2259 head topped the sale at $378 and averaged $330.

Buyer of the top pen of 305 Merino ewes, 2.5 years of Langdene blood, was Michael Kelly of Rugby Station, Rugby between Crookwell and Boroowa who bought 1637 ewes for a $338 average. 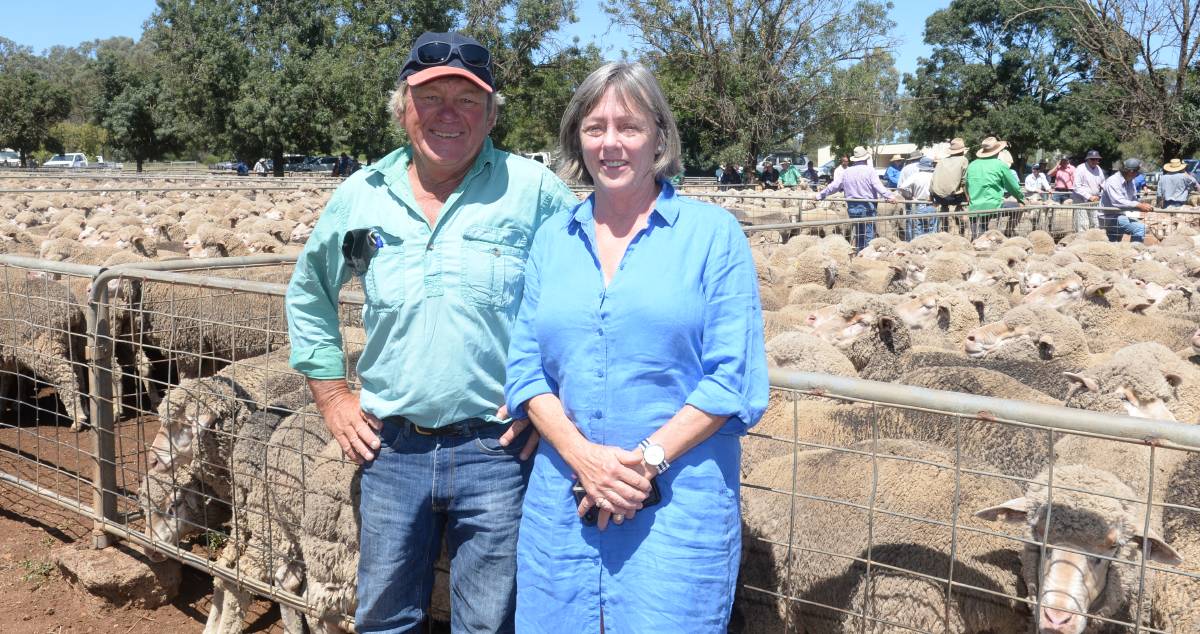