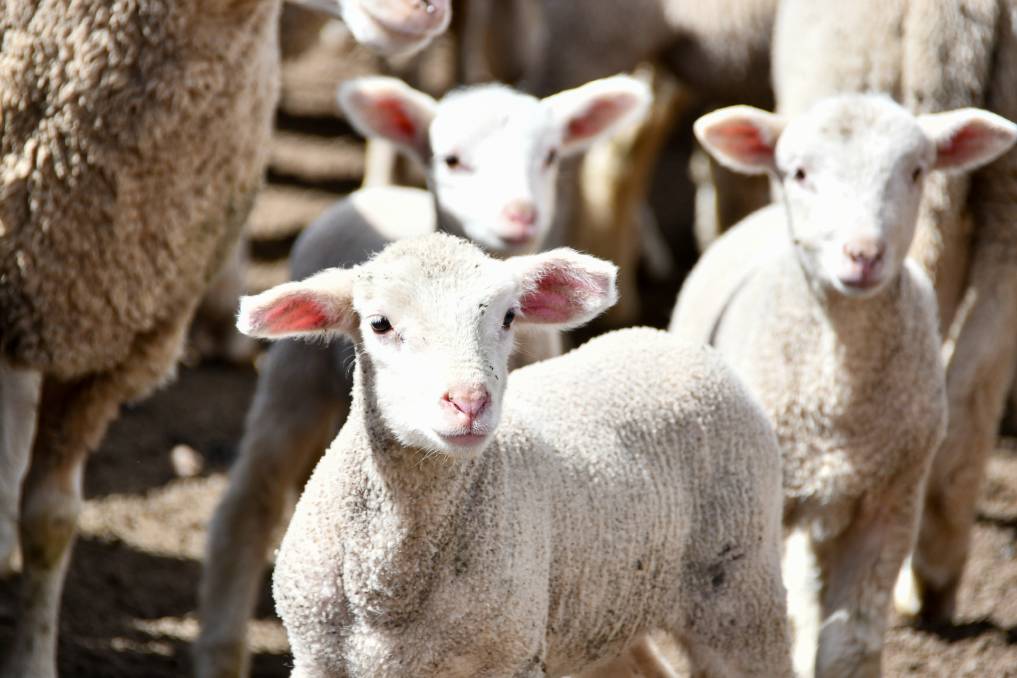 Researchers thought they had found a winning formula to improve lamb survival but it's now been deemed unsuccessful. Photo: Lucy Kinbacher

Initial research looked promising but it's now been disproven.

Two years ago a team from Charles Sturt University believed administering an oral supplementation of caffeine to ewes could improve lamb survival by 21 per cent and had even moved to patent the novel treatment and eventually commercialise the product.

But larger scale trials in 2020 have concluded there is no production benefit.

The initial findings were based off trial work involving 50 to 60 lambs per treatment week so in 2020 it was put to the test with more than 1100 lambs.

It proved unsuccessful despite administering it via drench to optimise dosage rates.

The research team of Dr Greg Doran, Professor Michael Friend and Dr Scott Edwards was led by CSU sheep production and animal science lecturer Dr Susan Robertson who said it was very disappointing after the large increase recorded in the first pilot trial.

"You need those big numbers in order to detect small differences," she said.

"What can happen with small numbers in the treatment is that the results are not accurate. We suspect that the numbers in the first trial were just not large enough to give us a good idea.

"It is also possible that there might be very specific circumstances where caffeine works, but to be useful to producers it needs to be effective in a range of conditions."

Scientific literature about other species, and even human medicine, supports claims caffeine reduces the affects of lack of oxygen (hypoxia) which can occur during difficult births and improve ones ability to cope with cold temperatures.

About one in five lambs born in Australia die within days of birth, usually caused by prolonged or difficult births, starvation or exposure.

So excitement was building in the industry at the thought of a successful treatment.

"Caffeine may do those things but it's possible it just doesn't improve them sufficiently to actually have an impact on lamb survival," Dr Robertson said.

"It is also possible the proportion of lambs born in a flock which may benefit from caffeine is simply too few to improve overall survival in the flock."

However, the study of Merino ewes and their lambs did highlight the impact optimal lambing times has on survival rates.

Short lambings of one to two weeks may improve labour efficiency but poor weather events in August resulted in a 20 per cent lower survival rate in one week.

"Unfortunately, these events can occur during several months at Wagga, making it difficult to lamb onto green feed without risking poor weather," she said.

"In future trials, where suitable, we will be trying to move our lambing times around to minimise that risk.

"Providing better shelter is also a strategy, but it can be difficult to have enough shelter for large flocks. The most effective strategy to increase lamb survival will vary between properties depending on current management."

While the lamb caffeine research has been closed, Charles Sturt researchers will continue to look at other mechanisms to increase lamb survival, including nutrition and other forms of management.

"There is always potential we might find another supplement that might be beneficial, but the silver bullet just probably isn't out there," Dr Robertson said.

"Even if an effective drug were found, producers will still need to use their management skills to optimise several other factors which influence lamb survival.

"The key strategies to improve lamb survival in most flocks are to provide adequate nutrition and to reduce the risk of lambing difficulty."