The funsters behind Cloncurry Shire Council's video productions are at it again.

The funsters behind Cloncurry Shire Council in North West Queensland's video productions are at it again.

In their latest effort Luke Chaplain and friends invite Aussie "stars" to a COVID-friendly barbecue and when the likes of Shane Warne, Ashleigh Barty, Dame Edna and Cathy Freeman can't show up, their cardboard cut-outs come to the rescue, popping up at the Chinaman Creek Dam and at the Recreation Grounds.

The video has a serious message which is to invite travellers to the friendly heart of the west in 2021 after mostly missing out on tourist traffic in 2020. 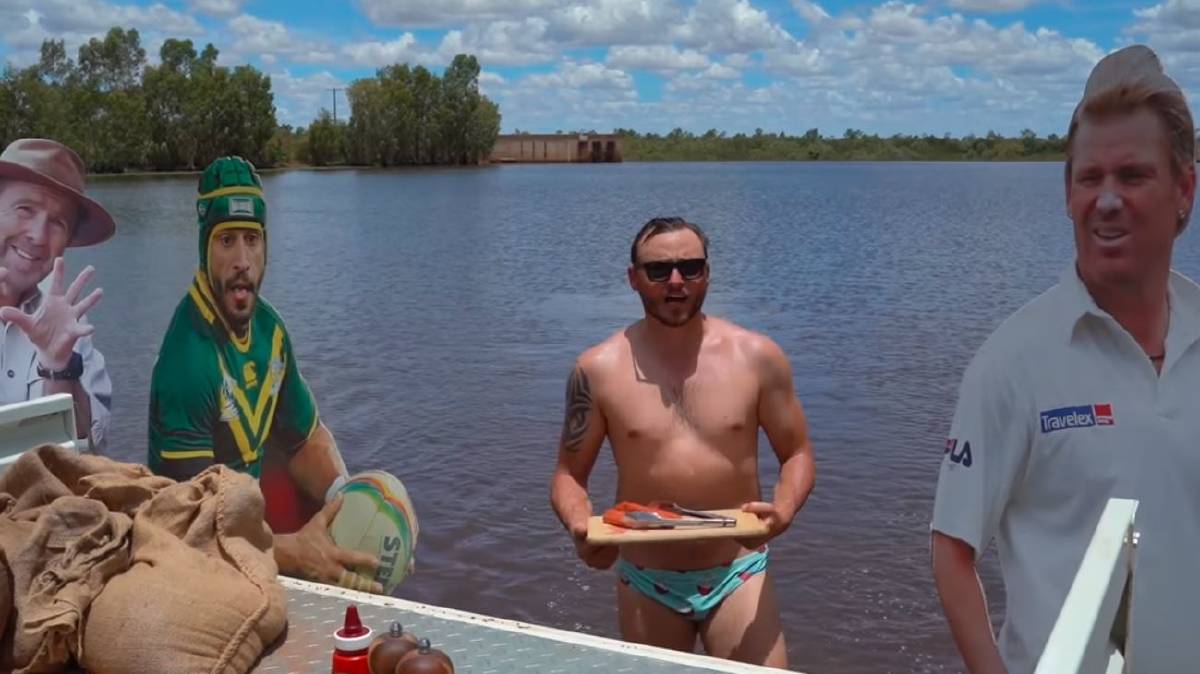 You could bump into Warnie and Co at the Curry COVID-safe barbie, or at least their cut-outs.

It's a return to form after two hilarious efforts in 2019 when they first turned the town's 43 successive days of 40 degrees into a viral video, they have followed up with another cracker called "Cloncurry cold snap" as the mercury "plummets" to a mere 38.

Warnie and Co may not be in attendance but there will still be plenty happening for Australia Day in the Curry and there will be a barbie to boot.

As well as the awards at the Community Precinct from 9am to 11.30am, the day itself will feature an afternoon of cricket, musical entertainment and a barbecue from 1pm at the Showgrounds.

There will also be a dive-in movie on the evening of Monday January 25 at the pool from 6pm-8.30pm.