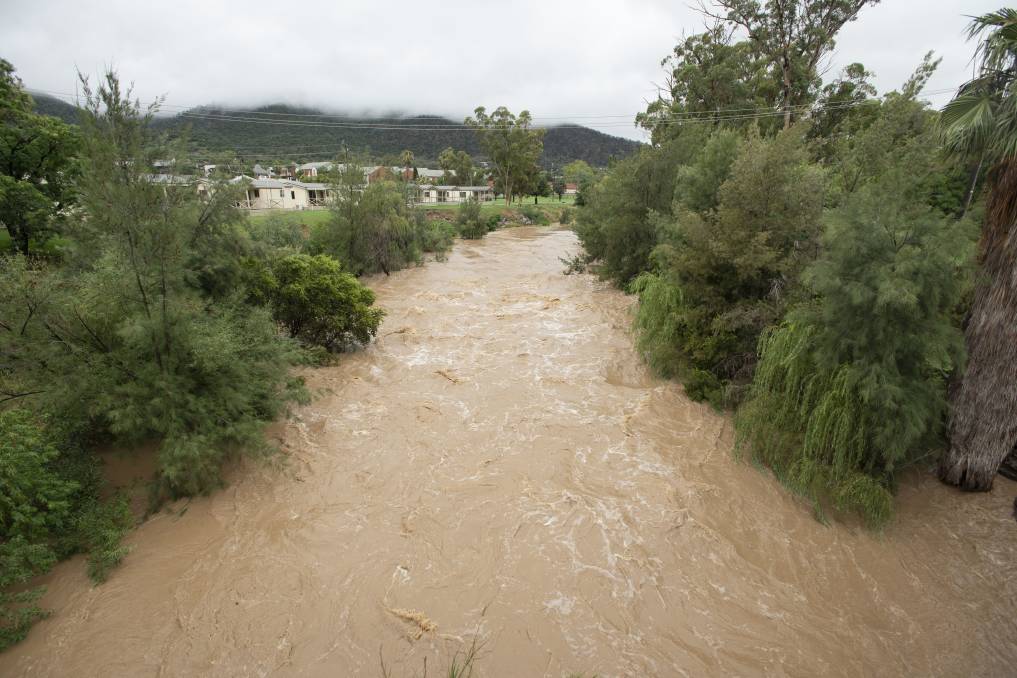 A recent MDBA report shows much of the northern basin is still feeling the impacts of drought despite some good rain. Photo: Peter Hardin

A RECENT report from one of the country's top water authorities shows water users in the state's north are still feeling the impact of drought.

Released by the Murray Darling Basin Authority (MDBA) last week, the report showed areas in the northern basin were still being heavily impacted by drought, despite record rainfall in other parts of the system in recent months.

"The northern basin's water storage levels have started the year lower than we'd hoped, despite the influence of La Nina, and while the basin storages as a whole are sitting on 54 per cent, the dams in the northern basin are on 27pc," Mr Reynolds said.

"These water storage results demonstrate just how patchy rainfall has been.

"The Paroo, Moonie, Gwydir, Namoi, Peel and Castlereagh catchments have had minor to moderate inflows and sent unregulated flows into the Barwon River, including flows past Walgett. Yet cease-to-flow conditions are still occurring further downstream in the Darling River.

"Persistent above-average rainfall is needed to turn around this long-term drought."

In contrast, most of the southern Basin has benefited from welcome rainfall in recent months, which is reflected in state water allocations that are up to 100pc in regions such as the Murrumbidgee.

Southern storages are 62pc of capacity, which is up from 37pc at the same time last year.

"Water quality issues continue to be a watchpoint for the MDBA and state agencies, due to the ongoing risk of hypoxic blackwater," Mr Reynolds said.

"We also encourage people to be alert to blue-green algae outbreaks, which have been occurring in several parts of the Murray River, in storages in Victoria and the northern basin

"I certainly think this drought is a long way from over," Mr Coxhead said.

"While we have had some good rain, in real terms, most of it has been storm rain and not what you would call general rain.

"As a consequence, the northern catchments have still been quite dry."

In response to the situation in the Barwon-Darling, the state government recently enacted the new resumption of flows rule, which means water coming through cannot be taken by certain licence holders for irrigation until there is a period of improved flow past Wilcannia or good prospects of sustained flow at Bourke.

"My view on this is probably a bit controversial, but I'm very much against floodplain harvesting because that water needs to get through to the southern basin to ensure it gets a good flush right the way through," Mr Coxhead said.

"When there is floodplain harvesting taking place, collectively it will take a lot of water out of the system that would normally flow on through.

"As a result, all the other irrigators and water users find themselves in water shortage because those flows that would reach the southern parts of the Murray have been taken."

Mr Coxhead said more rain was needed for the outlook for irrigators and water users to improve.

"It may sound a bit simplistic, but more rain and specifically general rain that most areas get is probably the answer," he said.

"Irrigators are very mindful that we are sitting on the knife edge right now and in fact, the irrigation regulator have said irrigators in the Peel system won't get any allocations until Chaffey Dam reaches 50pc, even then it will just be a small amount.

"I really think the Peel irrigators should be getting something now because here we are more than half way through the water season and we've still not got a fraction of our entitlement.

"We went through October and November with very little rain, which made us wonder where we sit with the drought, is it on the way out, or are we going to slip back like we did in 2016?"