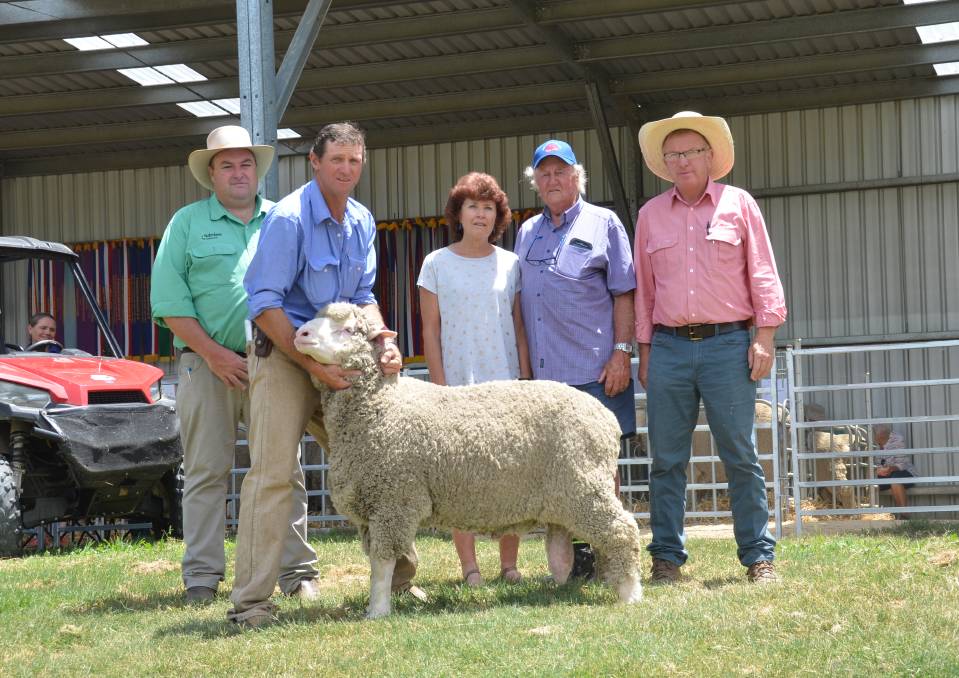 All but two rams were snapped up by buyers.

Described as the most consistent and even line of Shalimar sires yet, vendors Des Carlon and Alison Van Eyk offered 41 horned and poll Merino rams with 39 sold to a top of $2000 to average $982.

Malcolm and Dayle Wehr of Wiltonga at Dundee secured the ram who will be joined to four-year-old ewes.

Malcolm Wehr said the ram had a combination of the body weight, wool type and yield they were after.

"He will be used in our pursuit of the Italian superfine market.

"Along with this he also is polled which we only use and will lift our flocks bodyweight."

The ram was part of a team of five the Wehr family secured averaging $1100.

The rams were also some of the heaviest in the shed with a bodyweight increase in mind.

The rams will be joined to older ewes and help with the restocking after the drought.

"The rams are proven performers on our drier western country," he said.

"We know what job they will do consistently that's why we keep coming back."

The rams were all around the 17.5 micron which was the Mason's target. 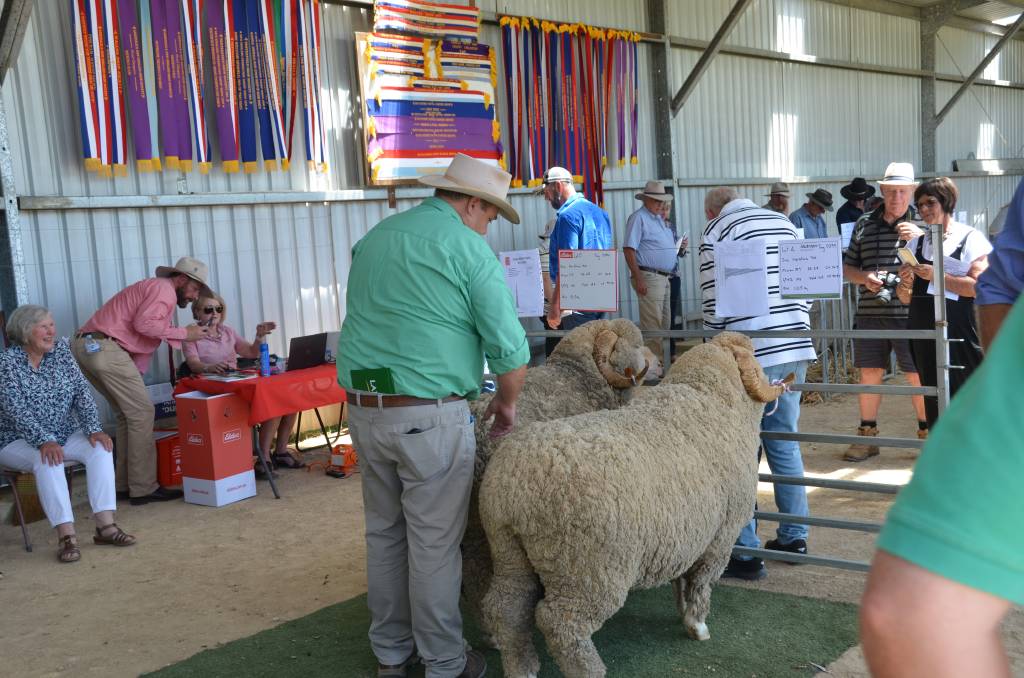 Llandillo Ag Company, Nundle, also paid $1600 for a 15.6 micron ram, with a 124 per cent greasy fleece weight which was a horned son of Merryshields.

Other purchasers included PJ and DS Stewart of Deepwater who purchased four rams for a top of $1000 and average of $825.

Elders agent John Newsome said there was a bright outlook for the Merino industry and was hopeful of the wool marketing strengthening.

"This result shows Shalimar is on the up," he said.

Vendor Des Carlon was ecstatic with the clearance and result.

"It showed the sheep suited the buyers and right from 1956 we are producing quality sheep," he said.

The sale was conducted by Elders and Nutrien with Nick Hall as the guest auctioneer.