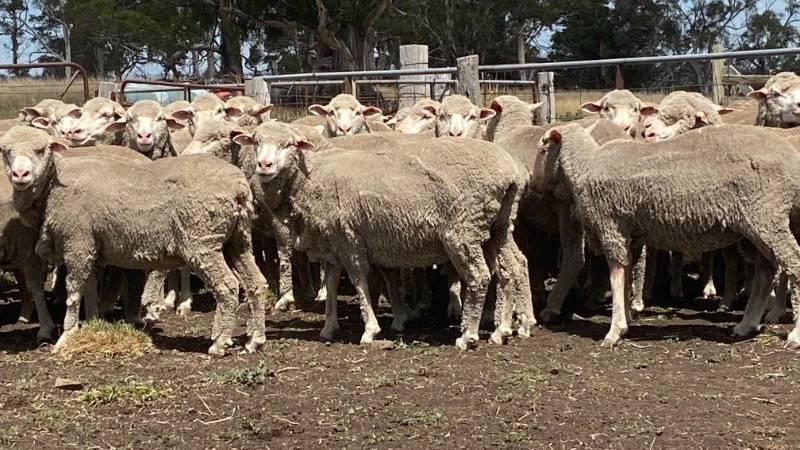 The top-price of $326 was made for 155 NSM Merino ewes, 2018-drop, November-shorn offered by Ross Sherlock of Manderlay, Cooma. Photo: AuctionsPlus

Merino ewes sold for a top of $326 at the Nutrien Cooma Feature Store Sale which was held via AuctionsPlus on Friday.

"The store cross-bred lambs sold to prices similar to what we've seen across the state," Mr Roach said.

"The first-cross ewe lambs were probably a bit tough today. But, those vendors aren't being forced to sell them, they're happy to sit and wait because of the amount of feed and the stock numbers they've currently got."

The top-price of $326 was achieved by Ross Sherlock of Manderlay, Cooma for his run of 155 NSM Merino ewes, 2018-drop, November-shorn.

Merino ewe lambs sold for a top price of $183 for a pen of 75 June/July 2020-drop from Coolamatong Partnership, Berridale.

There was not as much interest in the first cross ewe lambs, with most passed in, however start prices were listed from $234 and higher.

Mr Roach said several lots of store cross lambs went to the Riverina and some parts of the yarding saw Victorian interest, however local competition dominated buying in the Merino ewe section.

"People are trying to get their breeding numbers right back up there, given the good season we've had and the good prices we're seeing," Mr Roach said.

"We've had good growth since November, it's dried off a fair bit now which is expected as we're in the middle of summer, but there's a few rain events coming."

It was the first time this sale has been held but agents are tipping it to be an annual event going forward.

"It will help get Monaro breeding sheep back on the map and having AuctionsPlus definitely made it an option," Mr Roach said.