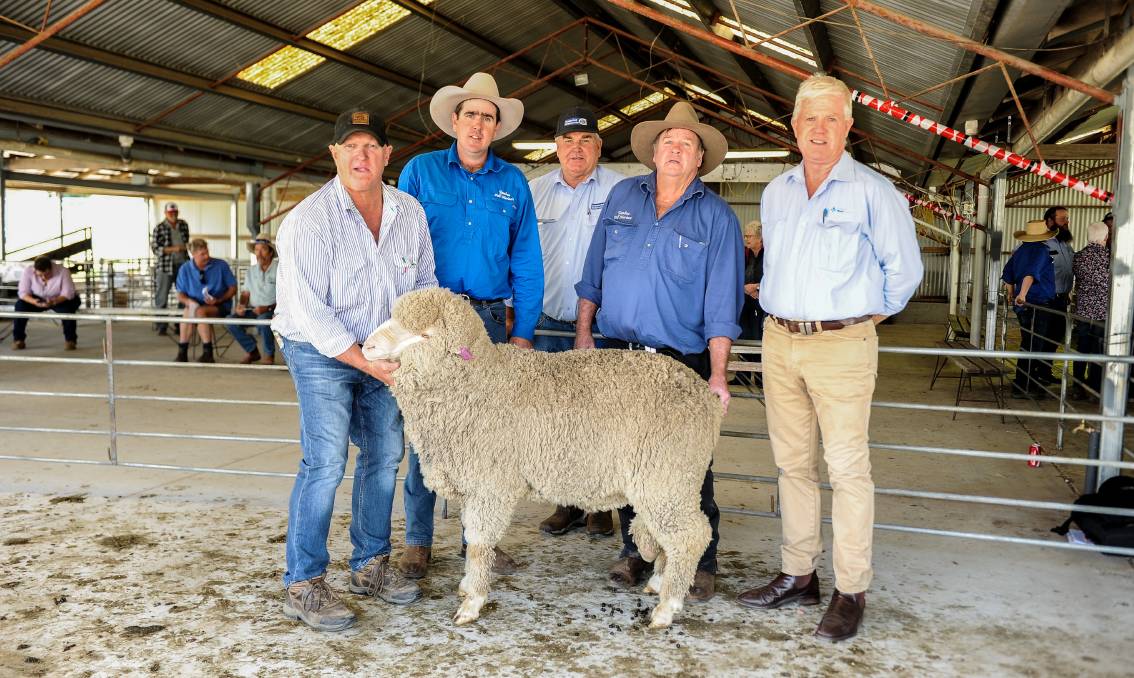 A shift from the Uralla to Walcha showgrounds was welcomed by a huge crowd.

The Airlie Merino ram sale's shift from Uralla to Walcha showgrounds was met by almost twice the number of bidders to last year's sale who pushed prices as high as $5200 on Thursday.

Vendors Murray and Michelle Power and agents would have been quietly confident in the success of the sale when 28 registered bidders (16 in 2020) attended but the final average of $2119 (up from $1106 last year) left everyone grinning.

Some loyal clients were able to make a return to the sale ring after years of drought while new buyers Greg, Margaret and Nathan O'Reilly of Wyoming, Gulgong, made their presence known as underbidder on the top price ram.

REFLECT ON THE 2020 SALE RESULT

Fresh off the back of an 1800 kilometre road trip to secure the $7500 top price ram at the Mt Ascot and Jolly Jumbuck sale in Queensland last week, Michael and Paul Evans of Tambua Poll Merinos at Cobar paid to the top of the market again.

The $5200 polled son of Yarrawonga 961 boasted a 17.3 micron fleece with a 128 per cent greasy fleece weight and 95 kilogram body weight and was one of three in their draft which averaged $2633.

Not only was he believed to be one of Reg Power's picks, his son Murray had considered keeping the ram but he was surplus to their needs.

The Evans family run a cattle and sheep operation across about 180,000 acres and also recently trapped a large portion of feral goats.

Their stud ewe flock sits at 400 head alongside 1400 commercial ewes and they were full of confidence off the back of one of their best lambings in years; 98 per cent to ewes joined.

Michael Sweeney of Walcha chats with Dave Hallam from Jemalong Wool in Tamworth.

But the season was turning poor and they were back feeding already, hoping rain forecasts delivered in Ferbuary and March.

"We bought some commercial ewes last year and some stud ewes so we have got a few extra ewes and we haven't got enough rams of our own to try and fill a small void," Michael Evans said.

"So one of those (rams) will probably go and be used in the stud and two back in the commercial operations.

"In particular we chase softness of wool and a certain sort of tip and style. Murray keeps the weather out up here and it keeps the red dust out of us.

"We are really opposite climate but so far his sheep have really done well." 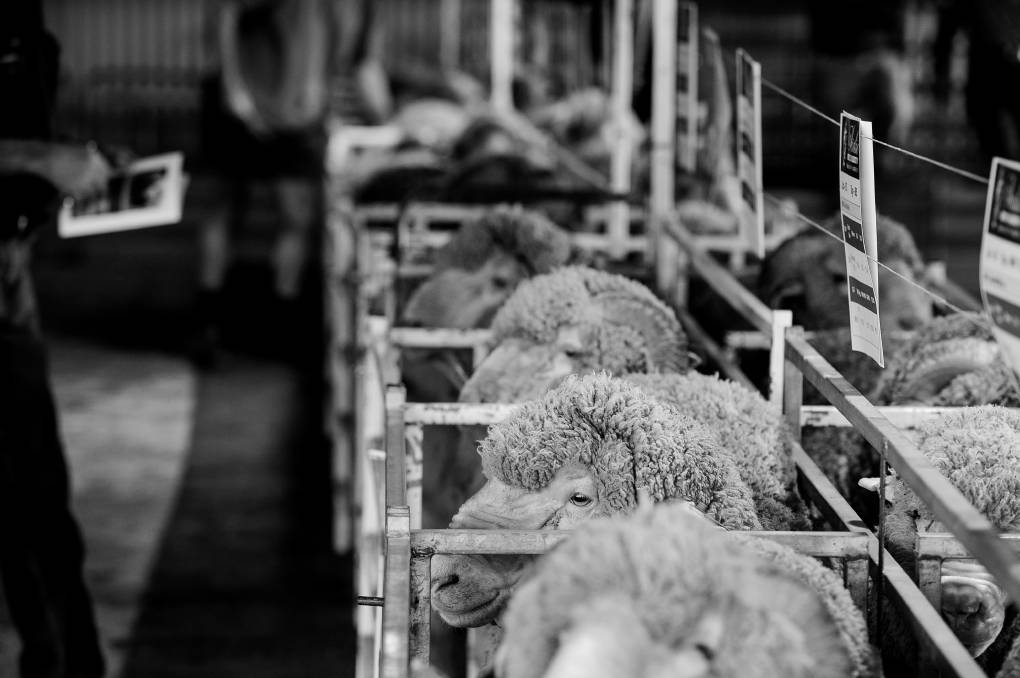 Historically the operation was shearing 20,000 sheep but changing country and goat profits meant they had shifted their focus to quality wool over quantity.

"We are heading back towards the finer type of wool and instead of cutting 10 kilograms we cut eight kilograms and try and add 200c/kg on and make that wool much better," Michael said.

"Too heavy of cutting sheep...we can't get through the 12 months," Paul added.

"The second thing we are focused on is longevity because in 2018 we didn't lamb at all, 2017 we got four lambs because it was just too dry so we have got to get a sheep that still is commercially viable at seven to eight-year-old so that we can get five good lambs from that ewe's lifetime," Michael said.

"July last year we weaned lambs and sold stud ewes that were 12-year-old."

Inglewood (Wallabadah) Pastoral at Melrose in Willow Tree were a major buying force and accounted for 10 rams averaging $2530 and topping at $3200 four times. 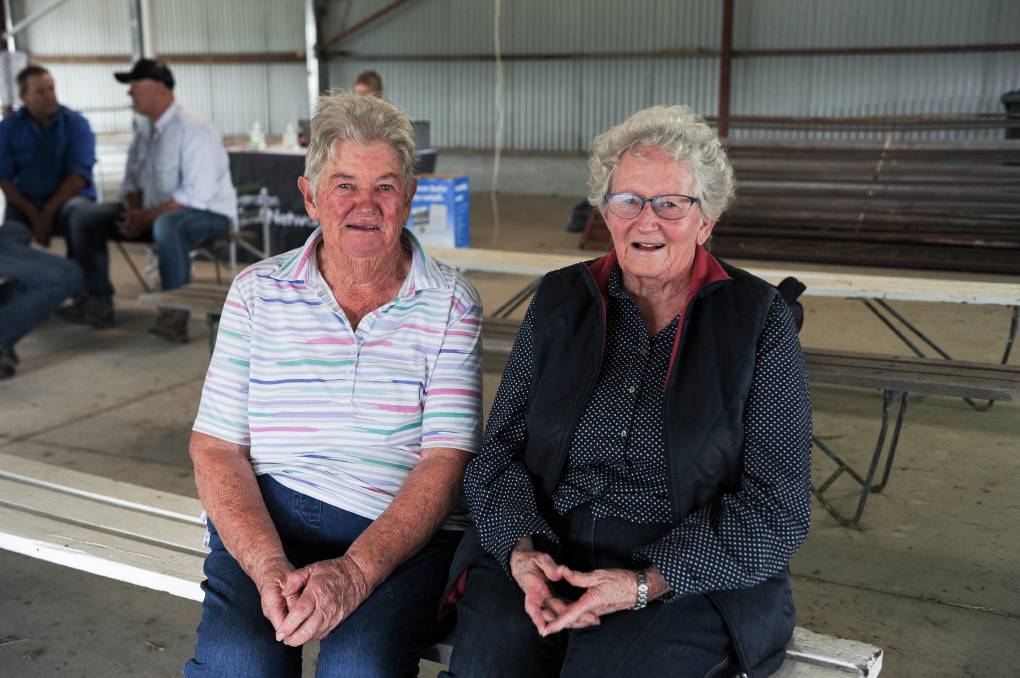 Murray Power had plenty of family support on sale day with his mother-in-law Marj Partridge from Walcha and mother Pam Power of Warialda watching on from the stands.

Top price losing bidders, the O'Reilly family were successful with two purchases; one at $3100 and another at $3300.

They didn't need any rams but decided to secure some new genetics.

Unlike the Evans family, they were enjoying their best season in some 20 years and run 5000 Merinos in a self-replacing flock.

"We are just chasing a bit of a different type of sheep, a heavier wool cutting sheep mainly," Greg O'Reilly said.

Having been born in drought in November 2019 and early weaned during a wet January last year, Murray Power said to see how the 15-month-old rams turned out was impressive.

"I think also probably more so than the (confidence in the) wool market is this buoyant sheep market," he said.

"The way all Merino sheep are selling full stop, people can see the value in having good genetics and see its worth while to keep going ahead."