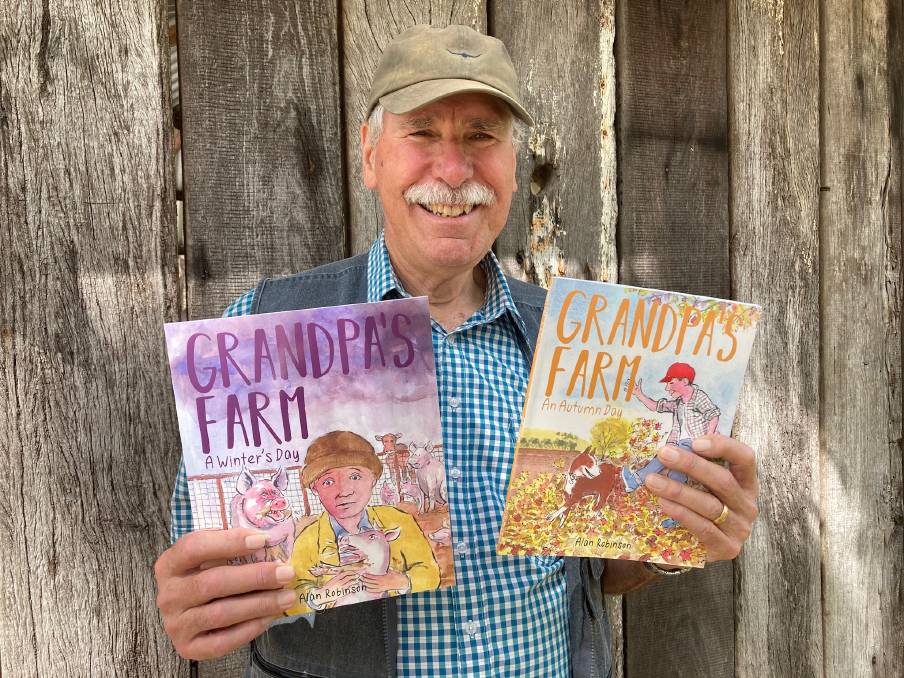 It can be hard sharing farm life experiences with children in an urbanised world. An Orange author, however, is doing it one page at a time.

IT BEGAN with a holiday in New Zealand, according to retired Uniting Church Minister Alan Robinson.

The idyllic image of springtime in the South Island, with little lambs bouncing about and lush green feed, reminded Alan of his childhood - and was part of the inspiration for his first rural children's book.

Alan grew up on a property near Young and, after working the farm with his father for six years, moved to Newcastle to do youth work and later Sydney, where he became a minister. His wife Sharyn is originally from Parkes.

Considering their backgrounds, a return to a rural area for their retirement was fitting and they now call Orange in the state's Central Tablelands their home.

Alan's book series, featuring each season of the year, revolves around a city boy called Matt who visits his grandpa's farm in the school holidays.

The books are written in verse and the illustrations, also done by Alan, are set in the south and central west.

Alan said having story books for children that deal with Australian farms had really struck a chord with parents and youngsters.

"When I was growing up, the books about farms were English, where they talked about ponds and fields and used other language I couldn't relate to as a child in Australia," he said.

"I often have comments from people about the authenticity of the stories, which brings me joy and a sense of pleasure that the books are being well received."

The books describe Matt's experience of farm life on one day in one season of the year.

The events are mainly based on Alan's son's farm holiday experiences. 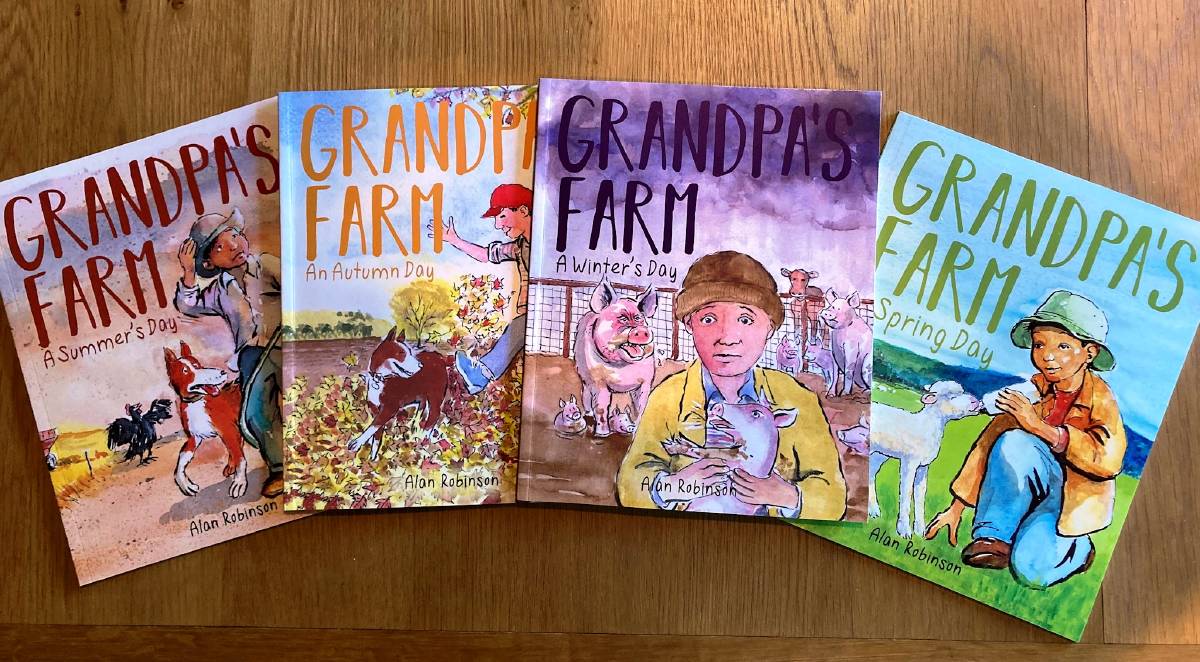 A selection of the books written and illustrated by Alan Robinson.

But he said Matt is also a combination of many family members and experiences on the farm.

"My boys grew up in the city, so they really enjoyed being able to spend their school holidays at the family farm," Alan said.

The books are also reminiscent of family farm life - a source, he said, of many fond memories for members of his own family.

He said the rise of corporate farms, while making sense from an efficiency and economic perspective, meant something important was disappearing.

"These books are a reminder of the family farm way of life and some of the things that are lost when farms get bigger and owned by corporations," he said.

"My wife used to say to me 'every child ought to have a farm' in that the sense of having that experience is really helpful and formative for the child.

"Young people actually need to know where the food comes from - that it's not simply out of the supermarket created somewhere out in the back room, but somebody grows it, somebody cares about it, somebody harvests it, somebody markets it and that's really important for their understanding and where they fit into the world."

Alan's first two books were published in 2009: A Spring Day deals with sheep shearing and A Summer's Day describes the work of grain harvesting and the threat of bushfire.

The first two books were re-released last year and an additional two books are in book stores now.

The final two, An Autumn Day (sowing grain and dealing with death) and A Winter's Day (cattle feeding and boggy ground), round out the series.

"I was raised in a family who enjoyed stories and my father was a really good storyteller - and he is represented by the grandpa in the books," Alan said.

"I've done illustrations since I was really young; I used to make up comics with private eyes and cowboys and all the rest, and so illustration has been a real interest of mine."

Before doing his own books, Alan had illustrated other books, including Do You Know Millie? by Gordon Winch.

"The challenge for a children's picture book is brevity in the writing because you want the picture to tell as much as you possibly can of what's happening and therefore the attention is on the picture; and the wording, as I said, needs to be minimal, and you've got 32 pages in which to tell your story," Alan said.

"You need to have a beginning that grabs the reader and then a happy conclusion that means the children can go off to sleep at night having heard the story and know that everything is all right with the world.

"Also, there needs to be a bit of crisis in the middle.

"The good ideas are the hardest to find - once you get a really good idea, then the rest of it falls into place."