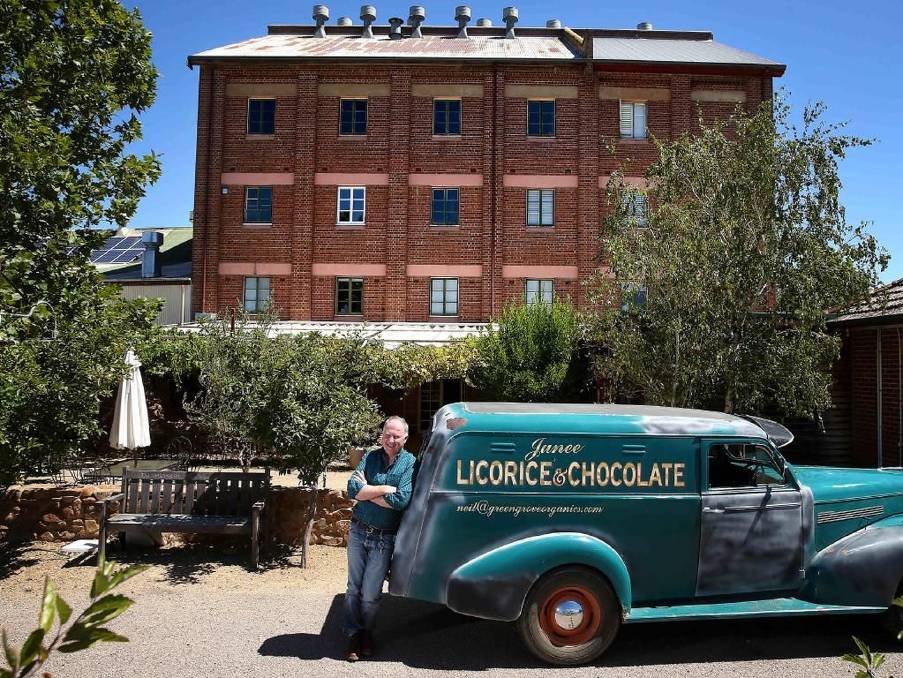 Value-adding to organic wheat led to the creation of a major tourist destination.

The Junee Licorice and Chocolate Factory is one of the most popular tourist attractions in the Riverina, employing around 60 people, producing close to 300 tonnes of product a year and welcoming up to 143,000 visitors.

The factory was started by Ardlethan farmers Neil Druce and his father Alan and was originally a ploy to value-add to their organic wheat.

Alan Druce was one of the very first farmers in Australia to go organic, adopting the practice in 1962.

Neil said back then it wasn't known as organic farming it was just "weird farming".

"He decided to use only organic or natural fertilisers and not to use any herbicides or pesticides," Neil said.

"At first he didn't have control over the weeds, they were the winners and strongly competed with the crops so the yields were poor - a lot of the time the weeds were higher than the crop. 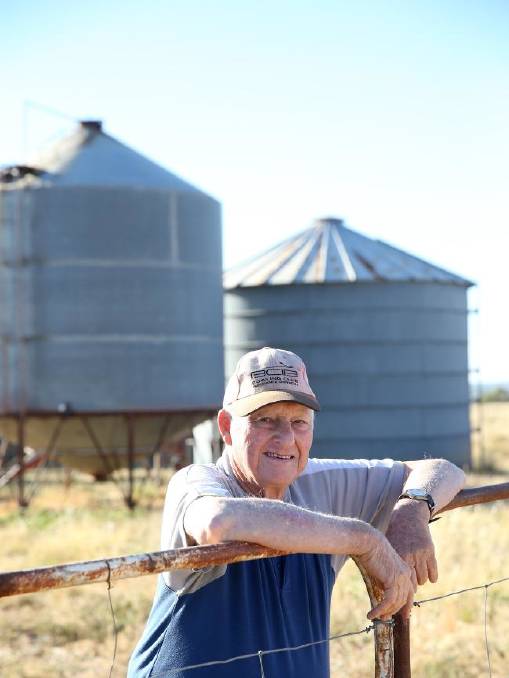 Alan Druce was one of the first organic farmers in Australia, adopting the practice in 1962. Photo: Destination NSW

"He didn't have an agricultural department or a book to read that referred to Australian soils."

But despite the initial losses and scrutiny from his neighbours, Alan had the courage to stick with it.

"His concern was to make a food product which was good for people and good for the soil."

The Druces started selling their organic wheat into the conventional market, but Neil said they realised that they had a special product which they were not taking advantage of.

"My goal was to value-add and take something to the customer that they could try straight away," Neil said.

So when the Junee flour mill came up for sale in 1998, Neil and Alan decided to give it a crack - setting up a business where they not only milled organic wheat into flour, but also turned the flour into an organic product.

The Druces started by making organic cookies and pasta, but they soon discovered that licorice, which is 30 per cent flour, was the big winner.

"It was way out of the ordinary, no one else in the Southern Hemisphere was making organic licorice," Neil said.

However, it was not until 2003 that the Druces found their perfect match for licorice, chocolate.

"Close to 97pc of people throughout the world crave chocolate, and only around 60pc like licorice," Neil said.

"A different dynamic came into play when we added chocolate, our choice of products increased dramatically and our customer base increased many times over."

Just prior to introducing chocolate, the factory had started to welcome visitors to the mill, becoming a tourist attraction in its own right.

"From the start we had that idea, the building is so beautiful, it's a 1935 five-storey flour mill and there's a couple of hectares around it," Neil said.

Chocolate was a game-changer

It was in August 2003 that they sat down to plan the grand opening of the Junee Licorice and Chocolate Factory.

"We were trying to figure out how many people would attend, some of the workers were like 'well my Auntie's interested'.

"They had in their heads that maybe 20 people would come to the opening.

"We had a little emergency meeting of our small staff and they thought it was a prank call."

Neil said on the day he asked someone to go and get ice and they took 45 minutes - giving the excuse of traffic.

But, it turned out they were telling the truth - traffic was built up because around 6000 people attended the opening that day.

Supporting the land from which you produce

The Junee Licorice and Chocolate Factory has now outgrown producing their own flour, contracting the job out to a Gunnedah flour mill.

But, the licorice is still made on site and Alan, now 92-years-old, is still farming organically, the only difference is, less people think he's nuts these days.

Neil said the argument that organic farming won't be able to feed the world's growing population because the yields aren't as high as conventional practices, could be countered by the impact conventional farming has on soil.

"You've got to support the land from which you're producing, you can't get something from nothing," he said.

"While, we've got a hungry world and by 2050 we have to increase our food production significantly, we can't do it if we're depleting the soil.

"In the conventional system you have to put higher and higher inputs in to maintain the same yield, we're creating desert-land, depleted soil that is no longer capable of growing food.

"But I see people changing, becoming concerned about our environment."