The top price lot of the Magic Millions Yearling Sale at $1.9 million for this Snitzel colt from Bonny O'Reilly which sold via Widden Stud. Photo: Magic Millions

MONEY seemed to be readily available for the "right horses" during the 2021 Magic Millions Gold Coast Yearling Sale, with the company posting a $20 million gross sales boost to $197 million.

The magical seven-figure sum was reached a dozen times, compared with 10 yearlings selling for $1m or more at last year's auction, and 11 in 2019.

The lone million-dollar seller during the first day was the sale top-price at $1.9m for a colt by champion Snitzel, which was offered by Widden Stud and selling to Tom Magnier, principal of Coolmore, Australia.

The colt is the first foal of Bonny O'Reilly, a Brisbane stakes winning daughter of O'Reilly that the Widden Stud team purchased for $1.2m when bought in foal to Snitzel at the 2019 Magic Millions National Broodmare Sale. Mr Magnier also purchased the joint second top at $1.8m for the only southern hemisphere bred colt by Europe's leading young sire Kingman, a horse by I Am Invincible's sire Invincible Spirit.

Emirates Park, Murrurundi, was responsible for selling the other second top, which was for One More Honey's first foal, a colt by Arrowfield Stud's retired champion Not A Single Doubt, which had four $1m or more yearlings. 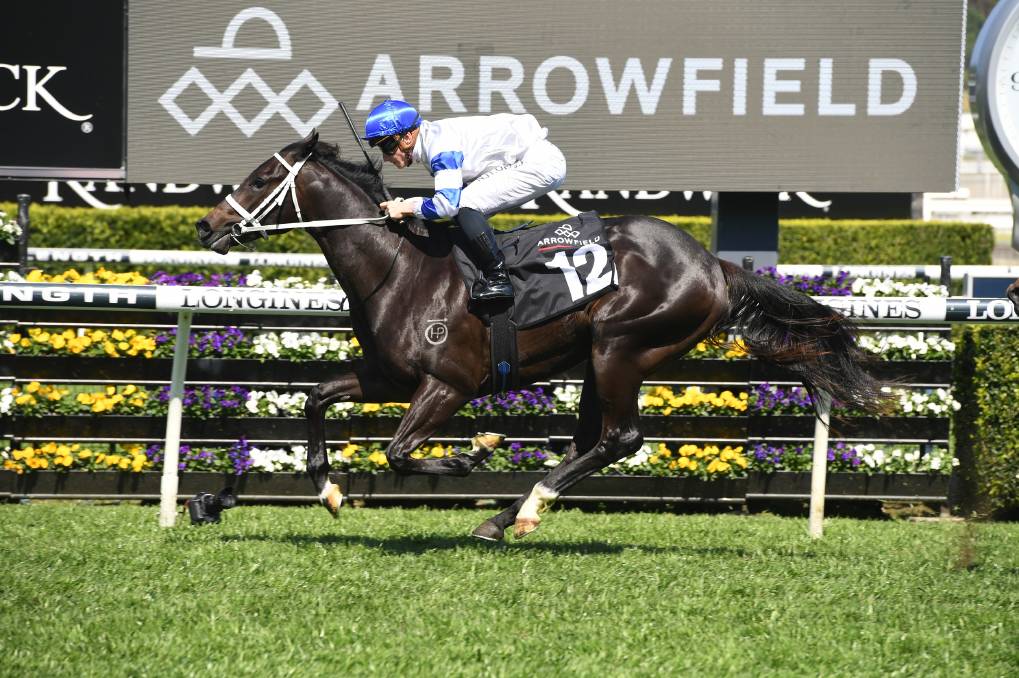 Redoute's Choice made his final appearance as a yearling sire at the Gold Coast's sale-ring when a colt from Encosta de Lago mare The Hamptons sold via Baramul Stud, for $370,000, selling to Aquis' Australian chief manager Shane McGrath.

Interestingly - according to Magic Millions Bloodstock, the deceased Danehill stallion has had 306 yearlings grace the Magic Million's most northern sale's ring, with 16 of them fetching $1m or more, which includes a pair making $2m or more.

These horses have collectively earned $109m.

THE $1.15 million that connections shelled out for a colt by Irish bred sire Shalaa at the Magic Millions Yearling Sale last week, seems some-what justified following the outstanding win of Shaquero in the $2m GCTC Magic Millions Two-Year-Old Classic at the Gold Coast last Saturday.

Shaquero belongs to the first Australian crop by Shalaa, a Invincible Spirit stallion which visited Arrowfield Stud, Scone, for three stud seasons from 2017.

Bought by Mulcaster Bloodstock for $160,000 via Fernrigg Farm, Denman, at last year's sale, Shaquero's half-sister by Hellbent fetched $360,000 days prior to his Gold Coast victory.

The major slice of the $500,000 Magic Millions Racing Women's Bonus (of $325,000), went to connections of the fourth placed Not A Single Doubt filly Queen Of Wizardry, who is Sydney trained by Annabel Neasham.

While favourite Isotope lost her rider in the straight, the $2m Magic Millions Three-Year-Old Guineas was won by Aim, trained by Sydney's Peter and son Paul Snowden. Purchased by China Horse Club and Newgate Bloodstock for $200,000 via the Newhaven Park draft in 2019, Aim defeated colt Amish Boy, and last year's Magic Millions Two-Year-Old Classic winner, Game Away, third. This was good news for Widden Stud, as both Aim and Amish Boy are sons of its sire Star Witness.

Connections were glad they delayed the stud retirement for five-year-old mare Krone, following her last-stride win in the $1m TAB Magic Millions Fillies and Mares. Trained in Brisbane by Tony Gollan, Krone - by Northern Meteor sire Eurozone, was a Magic Millions sale graduate three times, fetching $120,000 at her last appearance, at its Two-Year-Olds in Training Sale.