The Blue Heeler pub in Kynuna is the latest pub in Western Queensland to extend its courtesies to local oddball clients.

Voice of Real Australia is a regular newsletter from ACM, which has journalists in every state and territory. Sign up here to get it by email, or here to forward it to a friend. 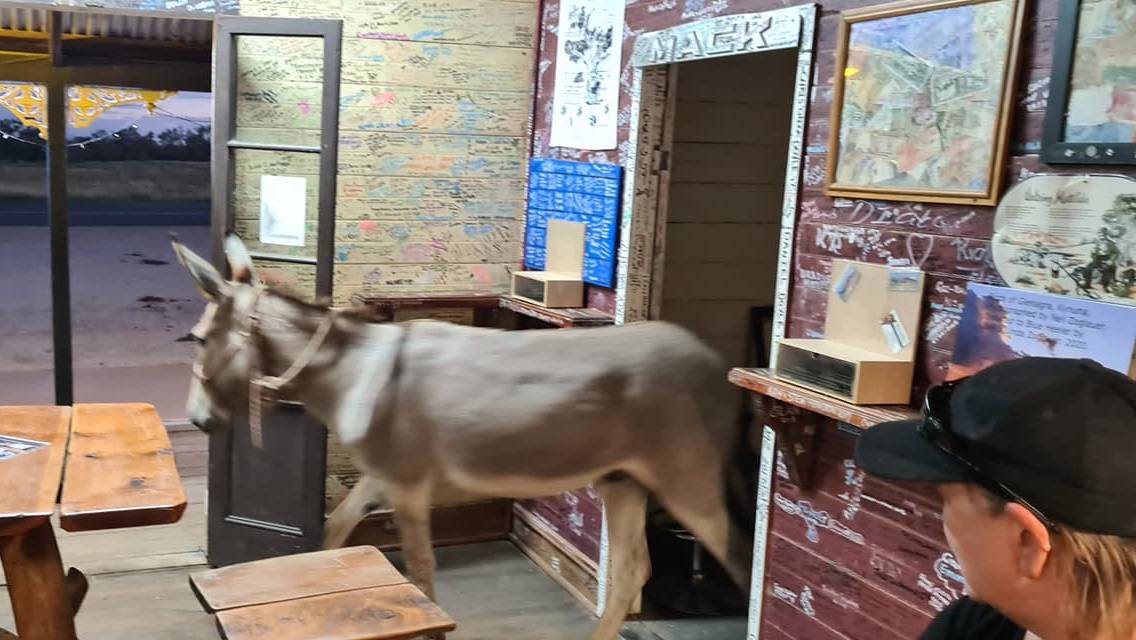 The Blue Heeler pub in Kynuna is the latest pub in Western Queensland to extend its courtesies to local oddball clients.

The pub, 300km south of Mount Isa on the Landsborough Hwy, used its Facebook page to promote the fact that a horse and donkey had both frequented the premises in recent times.

The donkey made an ass of himself while the horse had a 'colt' following and the pub even had a poem to celebrate:

unless a donkey thinks it's a horse,

that is of course unless the horse,

is a donkey itself of course of course.

So go right to the source and ask the horse,

is the donkey a horse of course, of course

they'll probably both want a pie and sauce,

so let the horse be a donkey and donkey a horse.

The venerable pub has been going since 1889 and presumably has seen several strange four-legged visitors over the years including baby brolgas it photographed in May 2020. 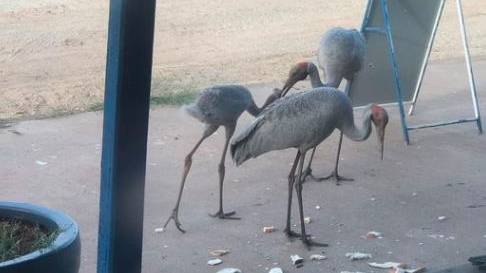 But the Blue Heeler is not the only one to corner the animal market.

While the North West Star broke up a drive from Brisbane to Mount Isa earlier in the new year overnighting at the Tambo pub, it noticed a man riding a horse came up to the front door of the pub for a chat with patrons inside.

The man was served takeaway alcohol but the horse sadly was refused service and presumably made a long face as they departed. 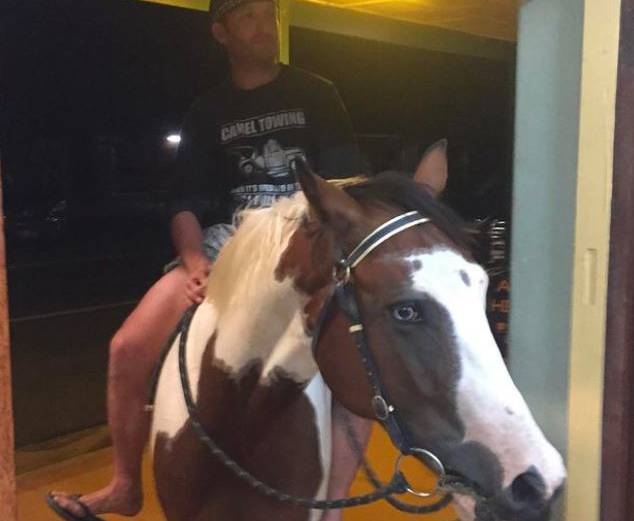 Visitors to the pub in Tambo come in all shapes and sizes. Photo: Derek Barry

Riders need to be careful. A Logan woman was arrested in 2018 for riding a horse drunk into a pub.

Upon arriving at the tavern, it's alleged she rode the horse through the drive-through section and appeared heavily intoxicated.

"Same as driving a car, you can't ride a horse over the legal limit," an officer can be heard telling the woman as she dismounts the animal.

Further west there is a pub with a famous pair of emus that are causing the trouble. 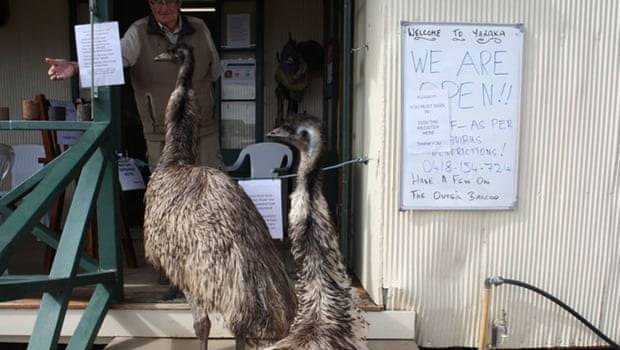 Kevin and Carol try in vain to get past the bouncer in the Yaraka Hotel. Photo: Chris Gimblett

Sadly emus Kevin and his mate Carol have been barred from the Yaraka Hotel, 200km south of Longreach for bad bar-room behaviour.

After learning how to climb the stairs, Kevin's exploits of rummaging through bins, stealing food and car keys - not to mention his poor toileting manners - have become too much for the hotel which has posted about their emu 'war' on Facebook.

The pub has had to ramp up security - courtesy of a rope across the entrance - to keep Kevin and Carol at bay.

The tiny town is home to about 20 locals who are still welcome to pull up a stool, as long as they remember to put the emu barricade back.

In case you are interested in filtering all the latest down to just one late afternoon read, why not sign up for The Informer newsletter?