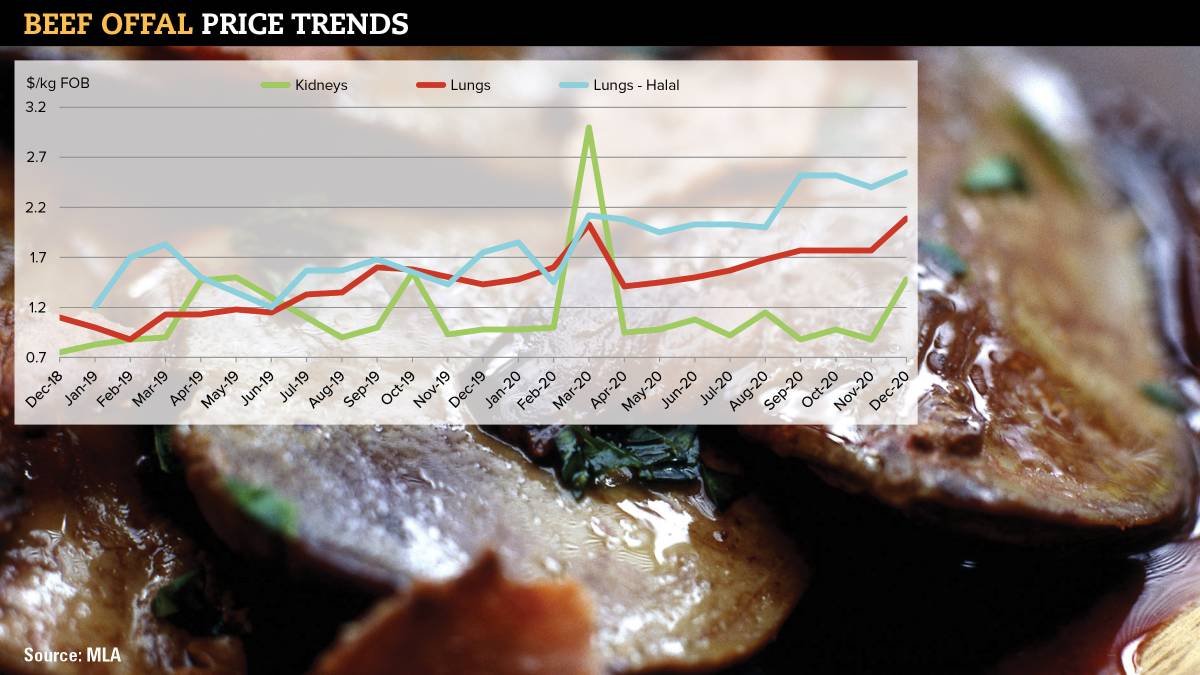 OVERSEAS demand for lower-value red meat products as the pandemic continues to cut into household incomes has served the Australian offal market well, with prices across the board either firming or stable.

On the other hand, premium products such as tongue, thickskirt and rumen pillars eased somewhat.

Market consultant Dennis King said lower-value products were performing strongly on the back of coronavirus demand in key markets for Australia, particularly in South East Asia.

"Indonesia has been severely challenged with the virus, given its dense and relatively- poor population and they have been a big market for lungs, livers and tails," he said.

"Every hotel in Jakarta has oxtail soup on the menu."

The smaller pool of cattle available for slaughter in Australia was putting heavy upward pressure on all red meat products, including offal, he said.

That may result in more competition in some key offal markets as customers look for cheaper suppliers, and there was indeed some rationing of Australian product happening, Mr King reported.

"But the hope is we'll be able to keep all our offal markets operational through this period of low supply," he said.

The drying up of supply would likely have a fairly significant effect on prices in the hides space - in a good way, Mr King felt.

After falling to less than a dollar a piece last year courtesy of excess inventory and tannery closures, hides have done quite a u-turn in January.

There would, however, be a limit to how much the hide market recovers with the trend towards synthetics still strong.

"Hides are certainly in a far better position than they were a few months ago and I think there is probably still some upward movement to come," Mr King said.

"The cancellation of global leather fairs again this year is a concern as they are a big part of keeping the industry vibrant.

"The biggest threat is ongoing coronavirus issues in Europe, as the likes of Italy and European Union countries represent a large proportion of our sales."