It is believed there are only a handful of Tarentaise left in the country. 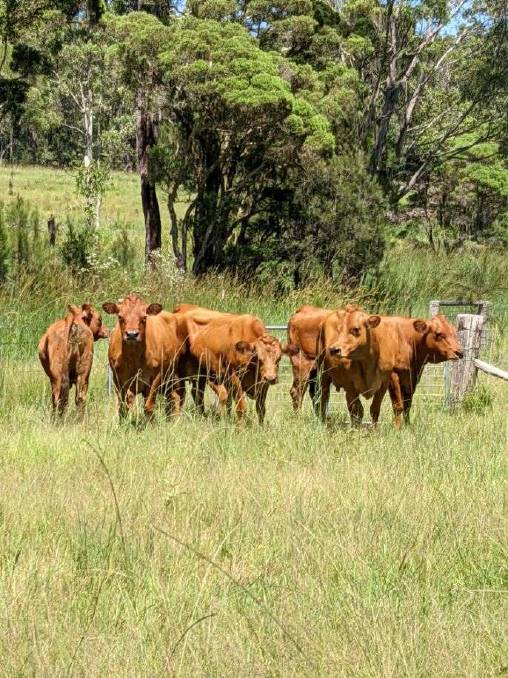 The mob of Tarentaise cattle were transported from Bingara to their new home with Chatham High School. Photo: Supplied

A Taree agriculture teacher is not only excelling in the classroom but becoming a key figure in keeping a number of near extinct cattle breeds alive.

Yan Kleynhans of Chatham High School has a strong passion for rare domesticated animals and recently managed to secure seven of the last 14 known Tarentaise cattle in the country for his crop of enthusiastic students.

The Tarentaise will join a Drakensberger heifer (also one of a handful left in the country), five Limousins and commercial cattle that run across the school property and another 141 hectares (350 acres) of agistment.

Rare breed Lincoln sheep are also in the mix.

"I just want to one day sit back and say, I did my best to try and protect domesticated breeds from going extinct."

Mr Kleynhans initially thought Tarentaise were long gone from Australia but was left surprised when he noticed them while in the Bingara district.

The owner, now based in Melbourne, had imported the embryos in 1987 but due to circumstances out of his control had to sell his farm and move the animals to other properties.

"His mob was split into two so one lot went up to Queensland and they have all been crossed out with Red Angus but this mob at Bingara still has 14 purebred Tarentaise cows," Mr Kleynhans said.

"As far as we know they are the only ones left."

Known for their early maturity and ease of calving, the French breed was originally selected for milk production but their muscling and hardiness quickly established them as a dual purpose animal.

The school was able to strike a deal with the owner and with the help of Lyon Transport moved the first seven to Taree recently where they will be AI'd with imported Tarentaise semen.

The remaining seven will make their way to the school later in the year and be crossed with a beef breed to showcase their crossbreeding potential.

"Actually in the late '80s or early '90s they won the carcase competition at the Melbourne Royal and they just kind of disappeared," Mr Kleynhans said.

Mr Kleynhans has already been busting the myth that small breeds aren't as competitive with the school taking out major wins at the Royal Queensland Show and Wingham Beef Week.