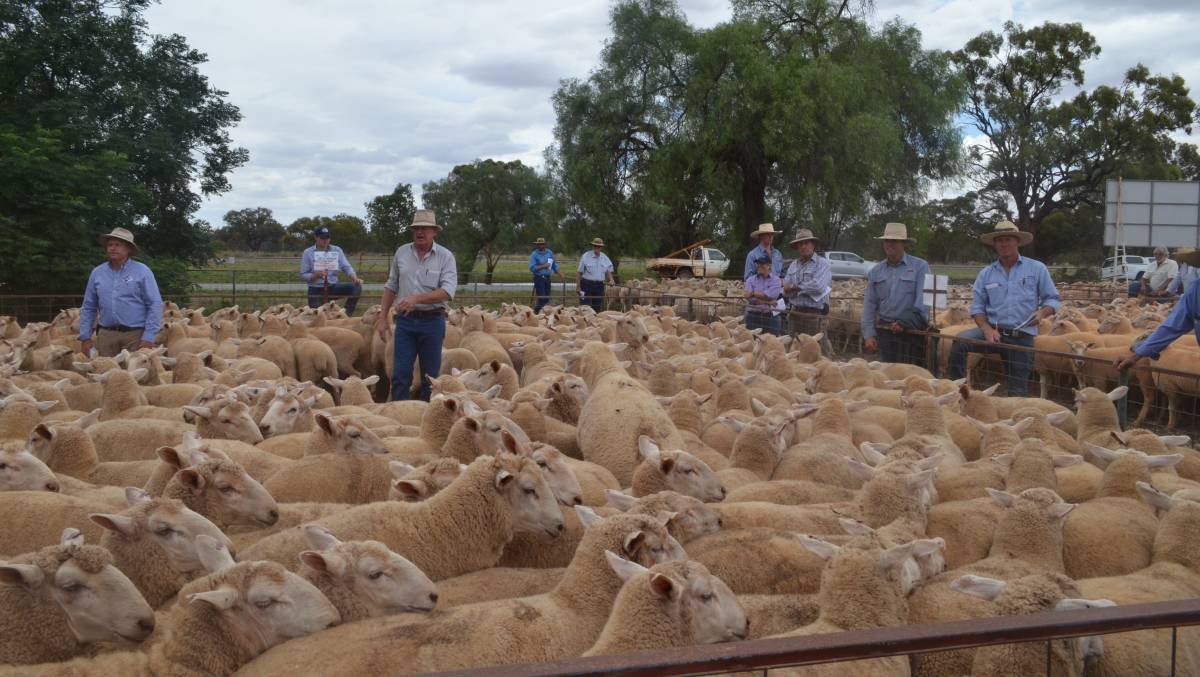 Barellan is a reputable source for first-cross ewes

Is that a record? was the question on everyone's lips after first-cross ewe lambs, March-2020 drop sold to a repeat buyer for $450.

It might be, according to Mark Flagg, director Mark Flagg Livestock and Property, Barellan after he and fellow agent Neil Findlay, Findlays Barellan had sold 4500 first-cross and Merino ewes at the annual sale.

"It certainly shows the Barellan district has a big reputation for the production of top quality first-cross ewes.

"It was also satisfying to see repeat buyers turning up."

Mr Flagg further noted all sheep offered for sale had the depth of breeding and management behind them so buyers can purchase with confidence.

They were awarded the sash last year and their pen of 170 March/April 2020-drop, October-shorn and sired by Mt Beckom rams from Ballatherie Station, Hillston-bred ewes sold for $442.

They were scanned in lamb at 156 percent to White Suffolk rams.