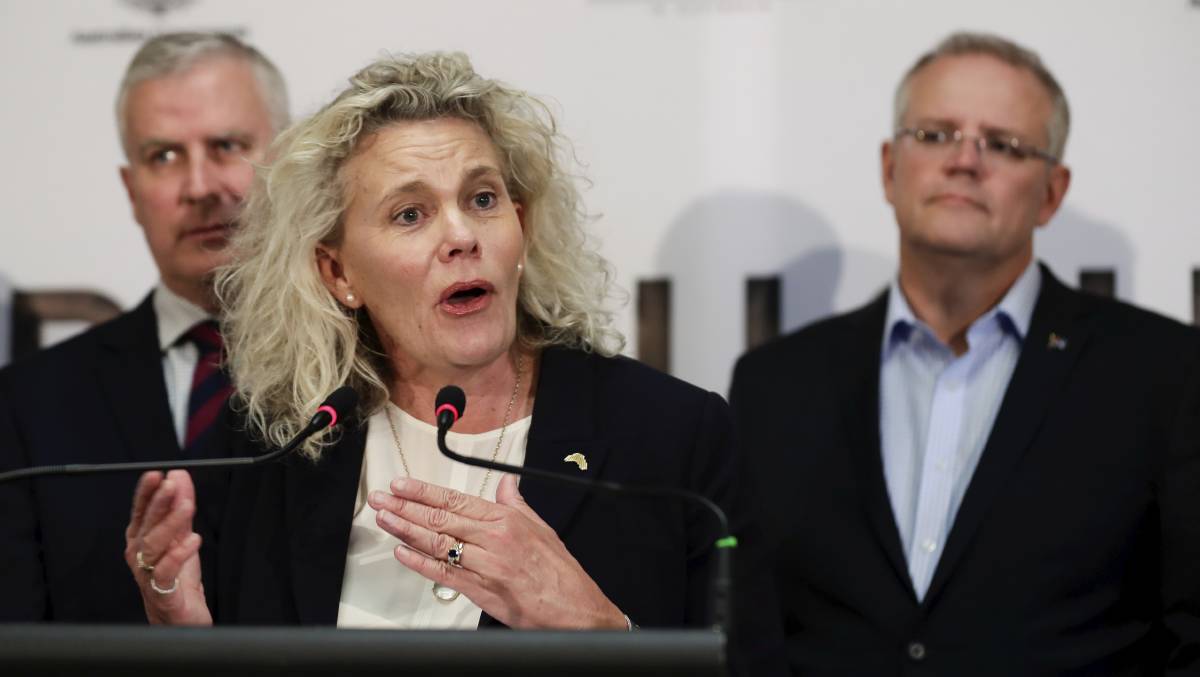 Federal Agriculture Minister David Littleproud has backed his Nationals leader, saying agriculture had already done much of the heavy lifting on limiting carbon pollution and should not be hit in any future climate target process.

On the weekend Nationals leader Michael McCormack said Australia should follow New Zealand and cut agriculture from any possible 2050 zero emissions taxes or penalties as this would hurt regional Australian communities.

Any move forward to control carbon pollution had to be done through technology advances, he said.

"Well what we need to make sure is that we don't disproportionately affect regional Australia," he told Sky News.

"It will be technology not taxes that get us there. That was a very important point and it needs to be heard by regional Australia that we are not going to tax them like Labor would. Labor, the only way they're ever going to get anywhere where they need to get with their climate policies, because they're all over the place when it comes to this, is that they would whack regional Australia in particular. They would whack agriculture. They would absolutely hurt mining and resources. Well we are not going to do that. It's going to be that technology roadmap. We've put $18 billion towards that."

He said ag should not be hit in any future climate control programs.

"We've encountered drought, we've had bushfires impacting regional Australia, here of course far greater than metropolitan Australia. Then we've had of course floods following that and then of course we had COVID-19.

Mr Littleproud told ABC morning breakfast that agriculture had already done a lot of the heavy lifting in limiting carbon emissions and was actually going further than most industries and "doing better".

There were many exciting new technologies and methods for carbon sequestration on farm, he said.

"The NFF has a clear climate change policy that supports an economy-wide NCZ 2050 target with two clear caveats - that there is an economically viable pathway forward and agriculture is not worse off," he said.

"Agriculture has been hurt in the past, through the Kyoto experience, when farmers were left carrying the burden of the nation's emissions reduction task. That simply can't be allowed to happen again.

"Between 1996 and 2016, agriculture has reduced its greenhouse gas emissions intensity by 63 per cent. The red meat sector has reduced CO2e- emissions by 56.7 per cent since 2005.

"Farmers are in the box seat to seize the opportunities from a reduced emissions future - and many are already doing just that. Any policy that restricts opportunities available to farmers and rural and regional communities would clearly be a negative outcome.

"A demonstrated proactive approach to emissions reduction, is also a factor for continued and expanded access to valuable export markets.

"There is a lot of positive work underway, led by both government and industry, to establish the benchmarks and frameworks needed to measure agriculture's contribution to sequestering and reducing emissions, particularly in the highly complex area of soil carbon.

"It is important this work is completed before determining agriculture's role in any national emissions reduction target. Time to develop better decision tools and continue to explore innovation leaps, and then implement them, are very important in the complex world of agriculture.

"Care needs to be taken that agricultural land does not get transferred into carbon sinks that are subeconomic, havens for feral plants and animals and a fire risk. Offsetting is a legitimate solution that must meet economic viability thresholds that allow benchmarked income and proper management."