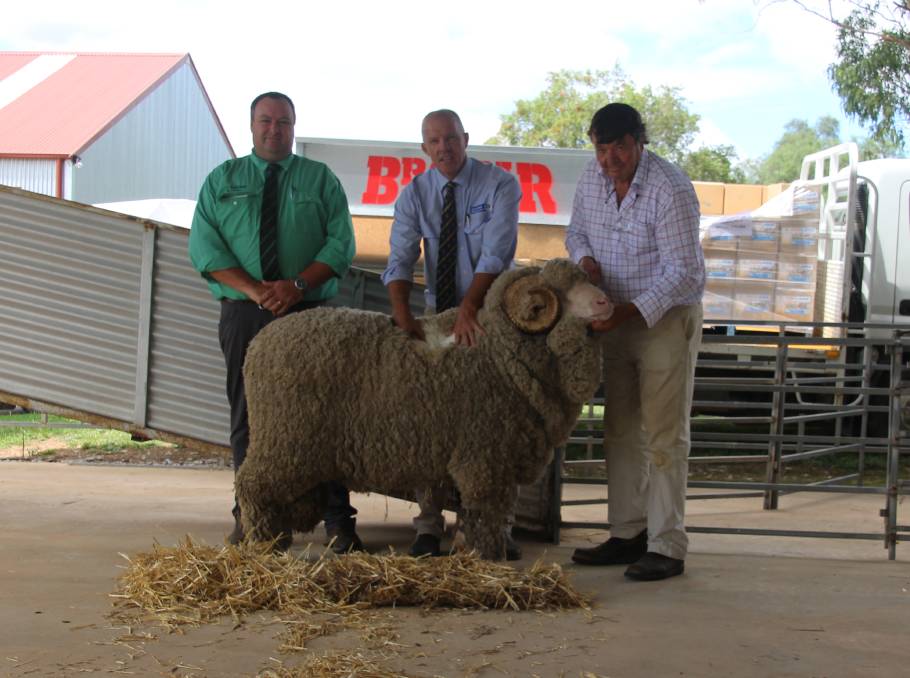 Agents commented on the strong competition on the top rams.

CELEBRATING 31 years of showing and 65 years of their annual auction, the Mudgee Merino ram show and sale saw one of the best crowds in a number of years vie for the 26 rams on offer.

Of the 26 rams offered for sale on Monday, a top price of $7500, an average of $3750 and a 65 per cent clearance was a achieved with further rams sold after the last hammer fall.

"This was a great sale, there was good competition on the better sheep," Rick Power of Nutrien said.

Merryville M25434, a Hamilton Giant syndicate son with a micron of 18.2, standard deviation (SD) of 2.6, a coefficient of variation of 14.3 per cent and a comfort factor of 99.7 per cent, was the top priced ram who sold to Dominic Shortis of Shute Bell Gunnedah on behalf of Merrigang Pastoral Company, Bombala. 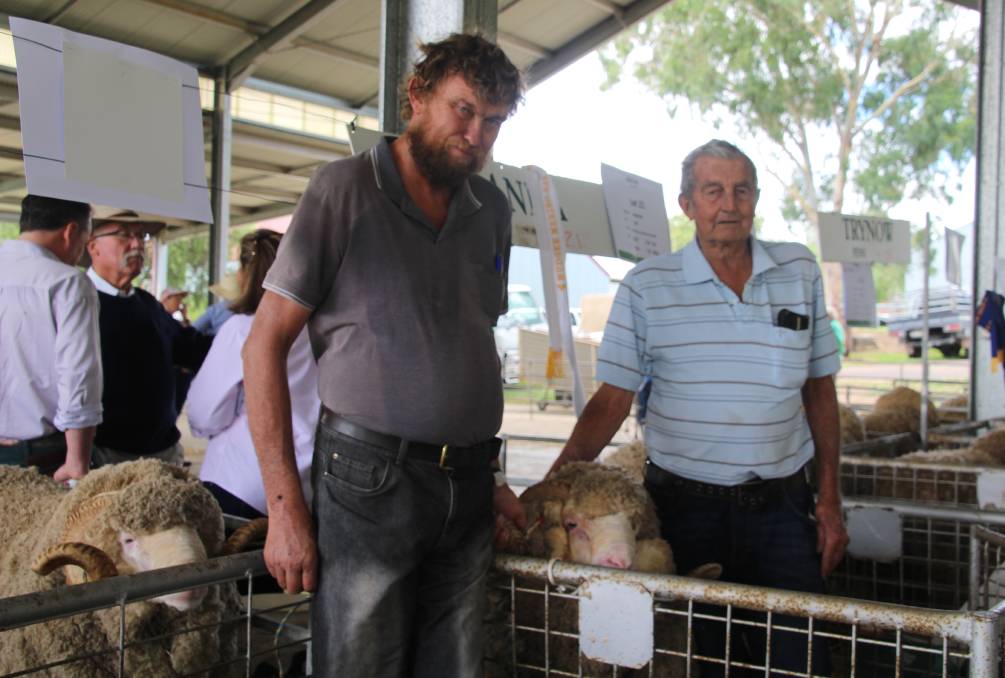 Andy and Rob Cuthel, Beryl with the Glanna ram they purchased.

Volume buyer on the day was Alister Loneragan, Piambong who purchased five rams.

A returning buyer, he was after good plain bodied rams.

Running about 3000 ewes with an average micron of 17.5, they were rebuilding after the past few bad years.

"Quantity is key at the moment," Mr Loneragan said

"We are looking to keep the quality in our flock.

"We are keeping the fineness of the wool but on a well built larger plain sheep. Mutton is now worth a lot more than it has historically.

"The style is still there but we still have a saleable animal at the end of the day."

The sale was conducted by Nutrien stud stock with Rick Power controlling the bids.

Sunday saw 10 studs in the line up for the classes judged by Richard Chalker of LachRiver stud at Darby Falls.

"There was a good line up of both polls and horned sheep," Brad Wilson of Nutrien said. The fine wool champion went to a Laraben ram, who was then awarded supreme of the show and Merryville, Boorowa, took out the medium wool class.

The pen of three sale rams went to Demondrille.

Please see this week's The Land for the full report.