Challenges attracting new shearers have caused the local workforce to shrink by 30 percent. 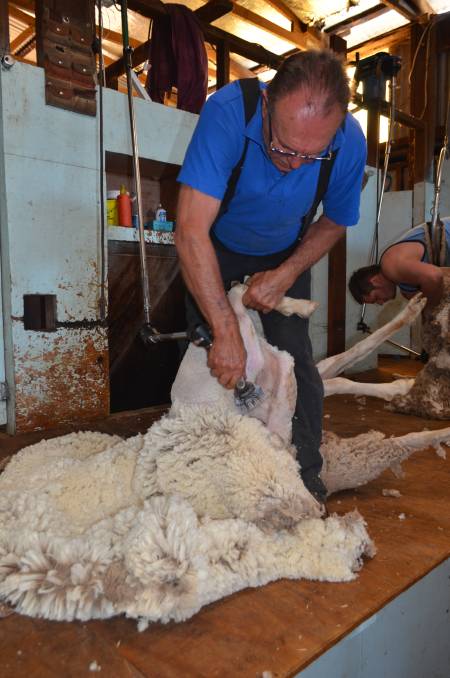 It is no longer a safe assumption that shearers or shearing contractors will only pay the award rate.

Labour shortages in the horticulture and grains industries have received significant airtime, but the wool industry has also quietly fallen victim to a worker shortfall.

Reports of producers offering higher rates to secure shearers and false rumours of an emergency change to the award rate have pushed the issue into national discourse, but the problem has been simmering for years.

Over the last decade, drought, mining sector jobs, a growing reliance on shearers from New Zealand and challenges attracting new shearers have caused the local workforce to shrink by 30 percent.

The shortage has worsened over COVID-19 as international and State border closures have shut workers out from Australia and NSW.

A workforce survey conducted by NSW Farmers in December 2020 confirmed a significant shearer shortage is being felt across the state.

Recent conversations involving farmers, industry bodies and unions have created speculation around a possible increase to award rates to attract more workers to the field.

NSW Farmers can confirm that this is not the case, and that the award rate remains unchanged.

While the Shearing Contractors Association of Australia has recommended members increase pay rates for experienced shearers by 15 percent for a 60 day period starting one 1 February until 31, there is no legal obligation for producers to pay above the award rate.

NSW Farmers believes the shearer shortage is a multifaceted issue that will need a similarly nuanced response. Increasing the pay rate is not the panacea for the problem.

The current situation may be the impetus needed for the wool and sheepmeats industries to find sustainable ways of building the skilled and experienced workforce required for shearing.

In light of conflicting information on the pay issue, NSW Farmers would like to remind members to have a conversation and seek agreement about pay prior to engaging a shearer or shearing contractor.

It is no longer a safe assumption that shearers or shearing contractors will only pay the award rate.