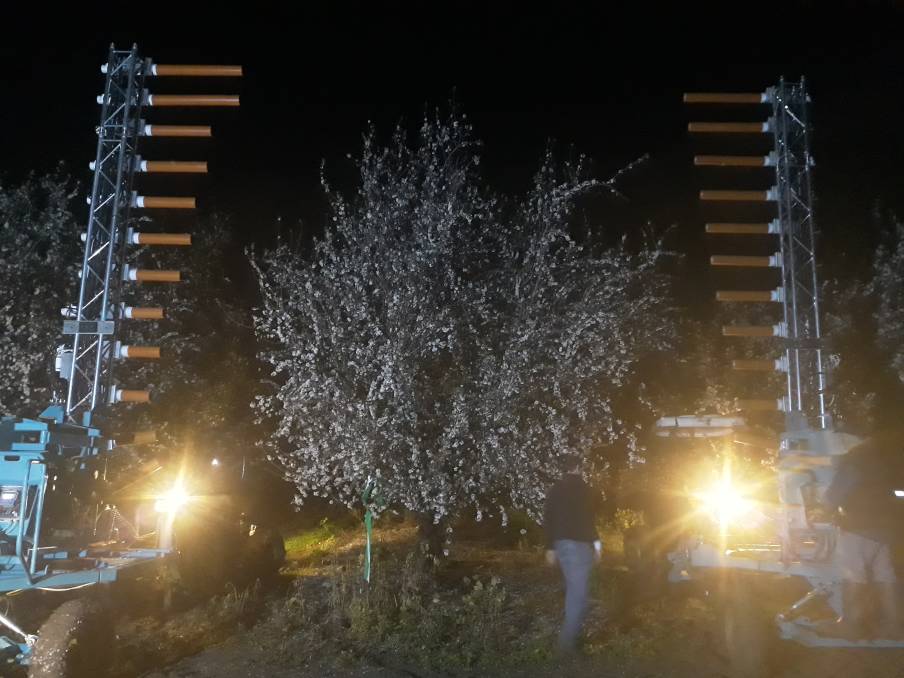 The artificial pollination machines can operate day or night, with no regard for ambient temperatures.

THIS year almond orchards in the country's south will begin trialling a robotic artificial pollination system.

Israeli agri-tech start-up Edete Precion Technologies for Agricuture will import the machines and have them set up before August, when the almond trees begin to blossom.

Edete co-founder Keren Mimran said successful trials had already occurred in Israel and it was now time to move into large commercial orchards to prove its technolgy's effectiveness.

"Australia is the second-largest almond producer in the world and continues to increase acreage under cultivation in a way that makes the country a key proving ground for us," she said.

The company is also planning an operational array in California. The United States is the world's largest producer of almonds.

"The market structure in Australia is similar to that in California, where less than 10 per cent of growers account for more than half the acreage under production," said Ms Mimran.

She said 75pc of the world's crops relied on insect pollination for yield and quality and today there were 75pc fewer flying insects than compared with 25 years ago.

Ms Mimran said artificial pollination was a key to future world food security. Because of a growing population, expected to hit nine billion by 2050, food production needed to be scaled up 70pc to avoid food scarcity.

The system collects flowers mechanically and isolates the pollen from other flower parts. This pollen, said Ms Mimran, can be stored and kept viable for as long as 12 months, meaning growers can hedge against risks from season to season.

The pollen is then genetically tested to determine its quality and the best quality applied to trees in bloom via a robotic implement that can be fitted to tractors.

Ms Mimran said one of the great advantages of the machines was they could work day or night regardless of ambient temperatures.

Honeybees work only above 15 degrees Cesius and globally are declining in numbers.

The machines can also be used to pollinate pistachios, apples, cherries, pears and plums.

Sponsored by
Scent hits us at many levels. Apart from sheer aesthetic enjoyment that brings a smile to your face, it unleashes memories faster than any photo.
Test
A very mixed yarding at NVLX Wodonga last Thursday
Test
Meat pies, schooners, a thong throwing competition, a campfire cooking up damper and the raising of the Aboriginal and Australian flags - Bendemeer had it all for a big day out on January 26.
Test
The federal election campaign is no longer upon us but already here.
Test
After more than 30 years of operation, the Angus Australian Youth Roundup remains as popular as ever
Test
Gundamain has been noting improved Angus consistency.
Test
Lib's Bega candidate Fiona Kotvojs draws last place on ballot
Test
It has definitely been an unusual summer with different parts of the country having extreme weather events as was expected.
Test