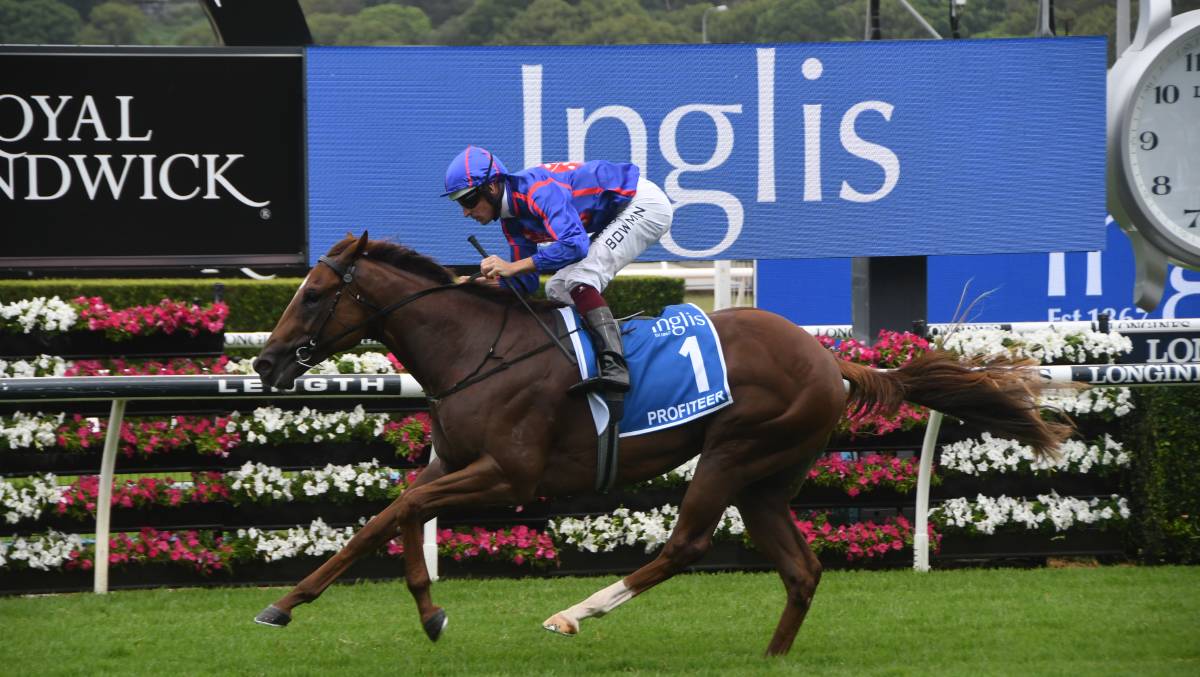 Capitalist kicks off his stud career in fine style

CAPITALIST emerged with a two-pronged attack on his standing as a young sire within the Australian industry when his first crop juvenile Profiteer easily won the $2 million Inglis sales restricted Inglis Millennium at Randwick last Saturday, while the following day another colt son created a new Inglis record price at $600,000 on the first day of its Classic Yearling Sale.

Winner of his only start at Flemington in December for his Caulfield trainers (Mick Price and Michael Kent Jnr), Profiteer is now on track to emulate his sire in the world's richest juvenile race the Golden Slipper Stakes-G1 at Rosehill next month. 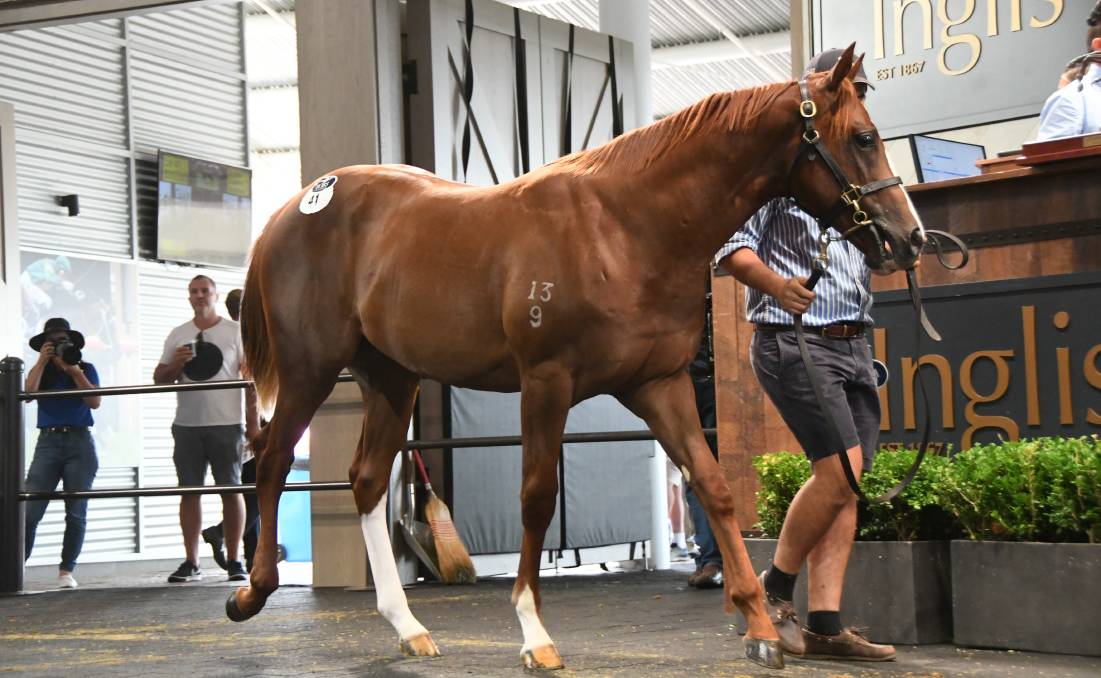 Like his sire Capitalist a chestnut, the colt was a $165,000 purchase via Newgate Farm, Aberdeen, at the Inglis Classic Yearling Sale last year, selling to Roll The Dice Racing/Rogers Bloodstock.

Five lengths behind Profiteer in the Millennium was the 100 to one shot Baranof (by Hinchinbrook), with Star Turn colt Pegasi, third. 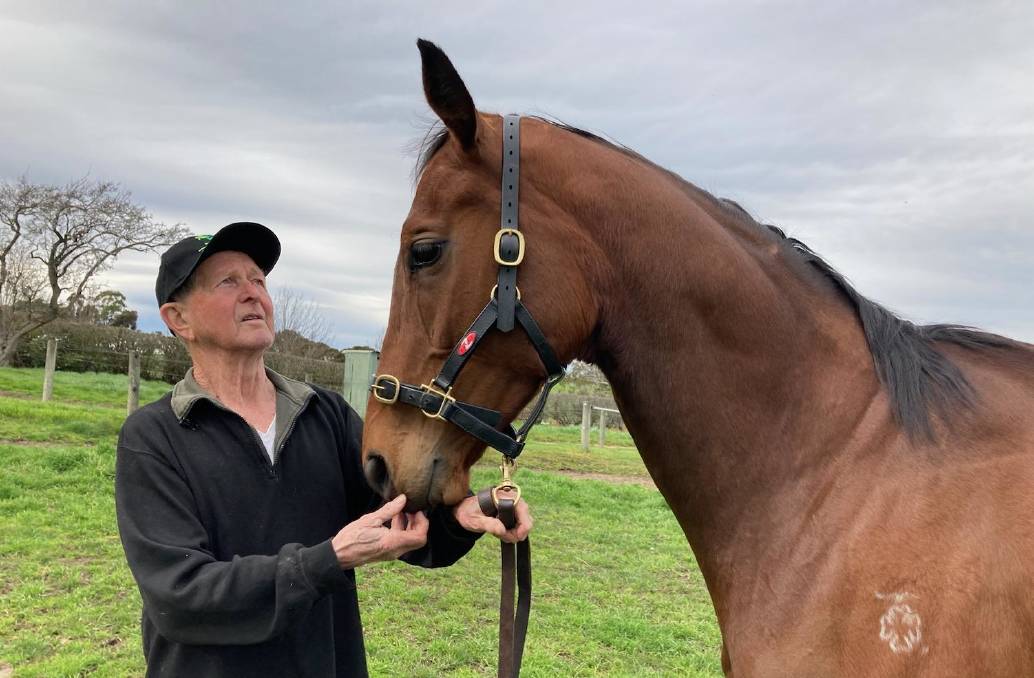 A $22,000 Inglis Scone Yearling Sale graduate via Middlebrook Valley Lodge, Scone, Rocketing By was picked out by his Warwick Farm trainer David Pfieffer, and James Ferguson of Bell River Thoroughbreds.

Now located at Glen William on the outskirts of Dungog, Bell River Thoroughbreds had an excellent weekend, not only via Rocketing By and selling Inglis Millennium second placegetter Baranof (for $90,000 to Randwick trainer John Thompson), but also at Inglis' Classic Yearling Sale at Riverside Stables, Warwick Farm.

But Alison and David Hush's Davili Thoroughbreds - operated from Twin Palms Stud, Luskintyre, highlighted the sale's stunning first day, when their colt by Capitalist fetched a new Classic Yearling record at $600,000. From Mystical Tale, the colt was sold as agent for Twin Palms Stud owners Bruce and Jill Johnson, and went to James Harron Bloodstock.

The first progeny of French bred Almanzor - a New Zealand shuttler to Cambridge Stud, proved popular. One colt sold for $400,000 the third first day top price, and sold via Lime Country Thoroughbreds, Burradoo. The strength of in the Day 1 market was underlined with 95 horses selling for $100,000 or more, and 17 fetching $200,000 or more.

WHILE currently in 10th spot of the 10 voted entrants vying for the thick end of the $5 million prize for Australia's only fan-voted horse race The All-Star Mile, connections of Tasmanian prepared Still A Star are hoping that continued voting will consolidate the four-year-old's field position. Voting for the entrants close on February 14, while the 10 voted horses will be announced the following Friday February 19.

Conducted by Racing Victoria (RV) and staged at weight-for-age conditions, The All-Star Mile consists of 10 gallopers voted in by fans, but also has four slots reserved for wild card entries at the discretionary of RV, the 1600 metres event scheduled for Moonee Valley on Sunday March 13.

Tassie's Still A Star is trained by Bill Ryan, a 70 something former jockey, and now a leading conditioner from his home-base at Longford. Bill (with the help of wife Mary) has trained horses to win many of Tasmania's premier races, but now aims to claim a Melbourne start with his four-year-old, following the Apple Isle trained mare

Mystic Journey, which won the inaugural VRC The All-Star Mile, as well as the Australian Guineas-G1 in 2019.

The Ryans are hoping to get their chance on the big stage at Moonee Valley with Still A Star, a filly purchased by their daughter Monica for $13,000 at the 2018 Magic Millions Tasmanian Yearling Sale. Belonging to the first crop by Irish bred shuttler Toronado, the mare has shown her versatility already winning seven races from 1000 to 2100m and $411,190.