Hamish Fauchon and Scott Newberry, Davidson Cameron and Co, Tamworth, with a pen of Hereford weaner steers from Plantation Trading, which made $1710ph at Tamworth on Friday. Photo: Michelle Mawhinney

The number of cattle on offer at Tamworth this week may have been down but competition rose.

A BIG crowd of restockers and feedlotters gathered at the Tamworth Regional Livestock exchange on Friday to get their hands on some of the 2510 cattle on offer.

Pregnancy tested in calf (PITC) heifers made up the majority of the sale, with 1915 up for bids.

However, Garvin and Cousens stock agent Phillip Heatherington said while a run of "ex-stud Limousin cows made a top of $2600 per head", it was steers that stole the show.

"Top steers reached $2040/hd (a rise of $255/hd from the January 29 sale) for some two-tooth Angus steers off the high country," Mr Heatherington said.

"The heifer market was well represented with some Angus and Santa heifers that were ready to join making a top of $1840," Mr Heatherington said.

"The bulk of the heifers, vealers and yearling weaners made from $1200 to $1450, which was fully firm on previous markets." 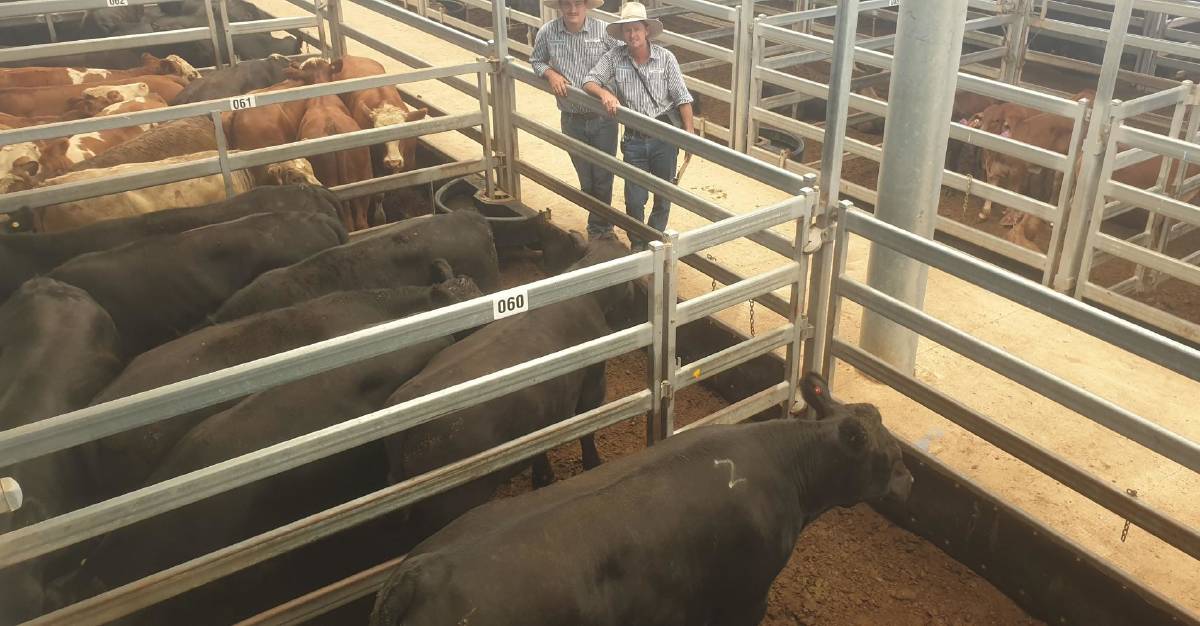 Jye and Chris Paterson with milk-tooth steers, which made $2040 for the older steers and $1820 for the younger steers. Photo: Michelle Mawhinney

Mr Heatherington said competition from restockers helped the cow and calve market remain firm from previous weeks, as 190 cows and calves went up for bids

Despite Friday's yarding being down 790 head, Mr Heatherington said competition in the Tamworth market was continuing to grow.

"We had a good contingent of buyers in once again with cattle going to a variety of places such as Gunnedah, Narrabri, Dubbo, the New England region and the Hunter Valley," he said.

"Our next store sale is coming up in a fortnight and we will have some good weaner calves coming on and our major weaner sale will be held on March 26."