Now is a good time to assess how to further upgrade your pastures for future improved production and persistence. 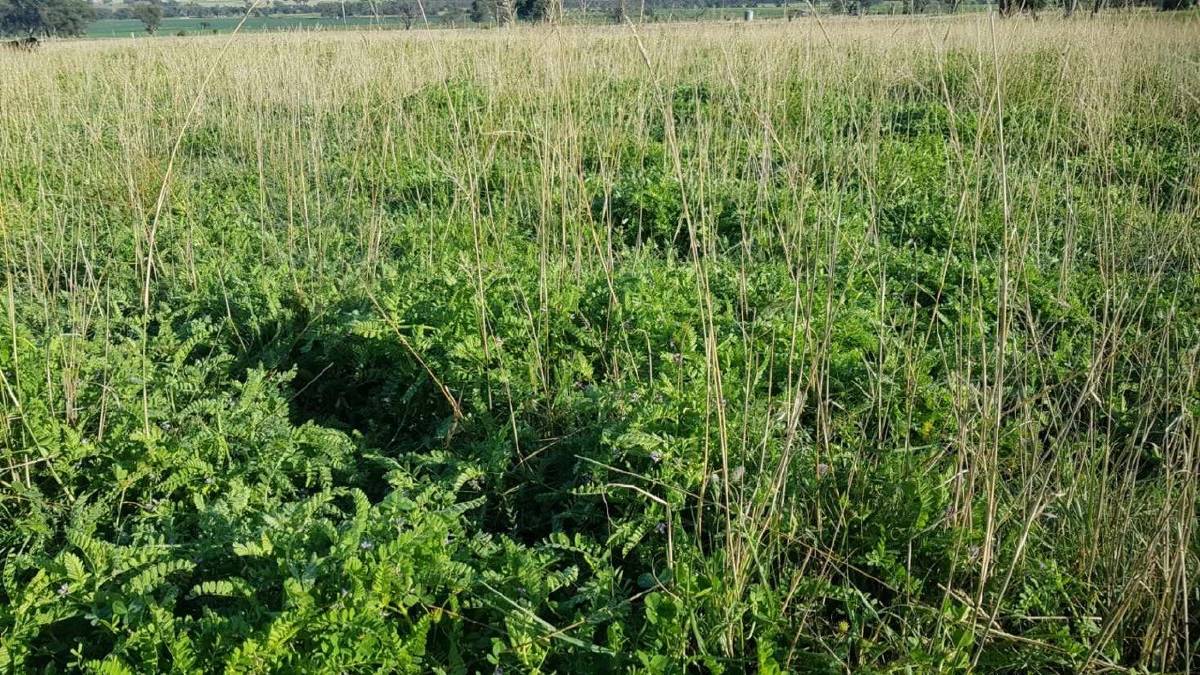 Biserrula in a tropical grass pasture last spring at Hillside, of James and Felicity McMasters between Coolah and Dunedoo. It provides a dense legume component of pasture, has good acid soil tolerance and regarded as bloat free.

A GOOD 2020 autumn winter spring and summer for many, but not all areas of NSW, allowed many pastures to at least partly rebuild density and strength following the dry/drought years 2017 to mid-summer 2020. Now is a good time to assess how to further upgrade those pastures for future improved production and persistence.

A key part of most pastures is legume content. Last autumn/winter/spring for many areas allowed a good seed set of winter legumes like sub clover, medics, biserrula, serradella and gland clover. One plant not grazed too hard, in a reasonable season, can set hundreds and even thousands of seeds. Provided they are "hard seeded" types, soil seed levels can commonly now be adequate for a few years. We have recently soil tested some sample pasture paddocks as assessing and correcting soil deficiencies is a key part of productive high quality pastures. In our case soils, like in most NSW areas, in their natural state are generally low in sulphur and phosphorus. While many pasture species can persist in low soil fertility situations, feed quantity is commonly way below pastures where deficiencies are corrected. Importantly, correcting soil fertility also results in far better feed quality.

Like in many situations, our pasture country would barely run two dry sheep equivalents a hectare (2 DSE/ha) if soil deficiencies were not corrected. Fertiliser, in our case single superphosphate at 100kg/ha to correct sulphur and phosphorus deficiency, at a cost of around $45/ha, has raised carrying capacity to 7.5 DSE/ha. Equally important, it has allowed a much broader choice of enterprises to choose from, in our case fattening steers, with gross margins/ha of over $500 in a good year like 2020/21and even around $200/ha in the drought years. 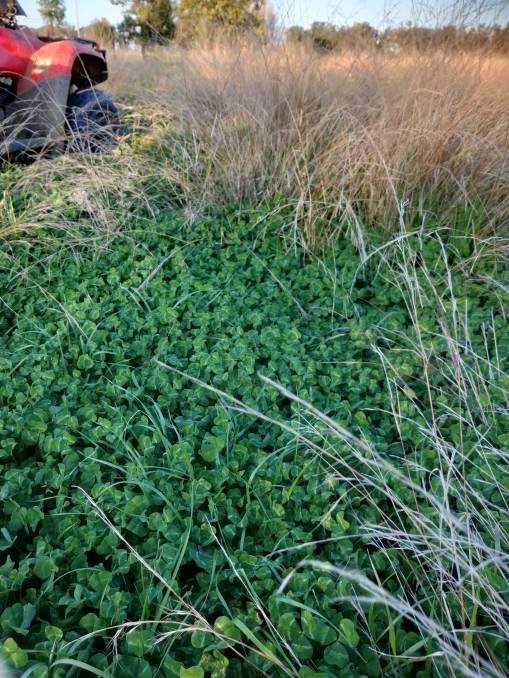 Sub clover, still a mainstay winter legume. Worth a look if given paddocks have the best variety and if worth adding more suited varieties if a patchy past performance.

Also importantly soil phosphorus and sulphur levels have gradually risen with a regular fertiliser program. We have not had to fertilise in the past two years but will this coming autumn (some phosphorus and sulphur levels just below ideal). We estimate our farm would be a "cot case" without correcting soil deficiencies compared to now being a profitable livestock business. And research supports that nutrient deficiency correction also adds to organic matter build-up (carbon) and healthier soils.

Grazing management is also an important pasture upgrade consideration. A consequence of a wet summer can be an explosion of summer grass growth; tropicals, native perennials or annual summer grasses like liver-seed grass. At least for some paddocks it will be beneficial to winter legume germination and establishment if drymatter levels can be kept to around 3t/ha or less. Otherwise too much shading can delay winter legume establishment.

An aspect of autumn/winter/spring pasture growth is species present. If some parts of a paddock have been low in productivity, maybe lighter acid soil pockets, it can be profitable to add more appropriate species. Biserrula and serradella are far more acid soil tolerant than sub clover.

If new annuals like winter legumes are to be added, it is generally preferable to have them in the ground in time for the autumn break. This gives them an equal chance to establish with existing species. Care needs to be given to ensure a new species correct strain of rhizobia is combined with them.

Weeds can be an issue. But it is important not to be too focused on them as many weeds can be useful stock feed. In 2020 saffron thistle was a major spring problem, but commonly went unnoticed until they ran to head. Early control in autumn or winter via herbicide can retard winter legume growth especially from newer species like serradella and biserrula. And saffron is often not a major issue if the spring turns dry. There are cost effective control options when heading should the season suit them, like it did in 2020.