Authorities have warned against off-label use of chemicals after reported poisonings caused by zinc phosphide mouse bait being used inside. 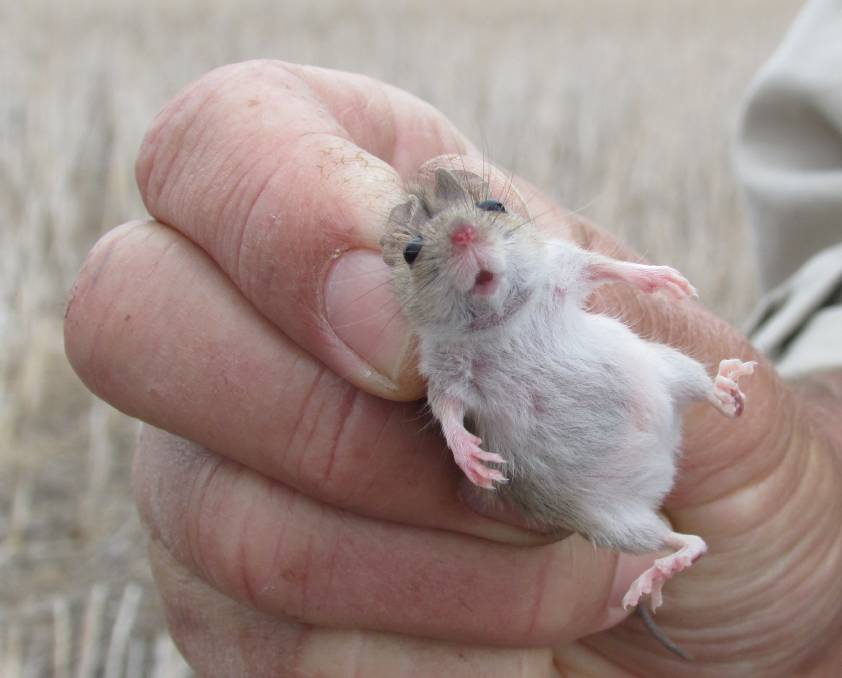 PLAGUE PROPORTIONS: The large number of mice through NSW's Central West has seen some householders turn to illegally using Mouseoff rodenticide to control them, with potentially disastrous consequences.

HOUSEHOLDERS are being warned to stick to the script when it comes to mouse control after reports of hospitalisations due to people using agricultural mouse bait incorrectly.

It said there had been reports of poisoning due to the incorrect usage of Mouseoff, the zinc phosphide based rodenticide, through the Central West region.

The 'Coonamble Times' reported there were accounts of residents in that area using the bait in air conditioning vents and roof cavities.

This can lead to poisoning due to the phosphine gas released from the product.

Mouseoff can only be purchased in quantities too large for households, with the minimum size a 15kg bucket, so it is not known how householders were accessing the product.

Many parts of the Central West are in the grips of a severe mouse plague which may have lead to people resorting to using the bait product in an off-label manner.

EPA Executive Director Regulatory Operations Carmen Dwyer said the EPA had commenced an investigation into the potential supply of Mouseoff to customers for domestic use.

"We're aware there's a mouse plague in many parts of the state however, a recent poisoning case serves as a warning that commercial or agricultural pesticides should not be used in a domestic setting," Ms Dwyer said.

The peak regulator for farm chemicals, the Australian Pesticides and Veterinary Medicines Authority (APVMA), also indicated it would look into how the product ended up being used domestically.

"The APVMA is aware of recent reports of suspected misuse of commercial rodenticide products containing zinc phosphide in domestic environments."

"Products can only be lawfully supplied to the Australian marketplace if the product complies with the relevant particulars and conditions of its registration," an APVMA spokesperson said.

"Suppliers must supply registered products in the approved pack size with the approved APVMA label attached."

Ms Dwyer said the incidents highlighted a simple safety precaution that could save lives.

"Our message to users is a simple one - follow the product instructions carefully,"" she said.

"Before using any bait, it's vital that consumers check that their product is suitable for domestic use."

The APVMA said if it was found the Mouseoff had been sold to householders in an altered form, for example a smaller container, it may be a contravention of the Agvet Code.

There are also implications for the user as well as the seller.

Under the NSW Pesticides Act and Pesticides Regulation, users are required to check the product label carefully before using and comply with the directions for use on the label.

The dangers of using Mouseoff inside are profound.

"It can cause suffocation in enclosed or poorly ventilated spaces," Ms Stanley said.

Mouseoff is the only registered product for use to control mice in broadacre cropping environments.

The story Hospitalisations reported due to off-label mouse bait use first appeared on Farm Online.