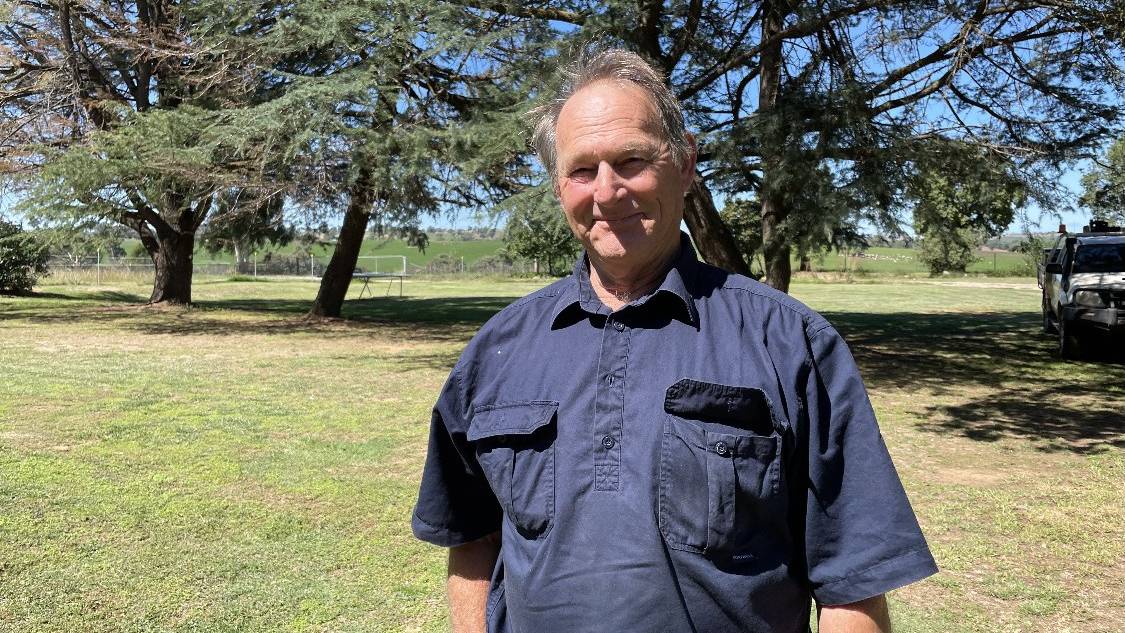 Ralph Gebhardt, who runs a mixed farming operation at Harden, says the government should have let farmers know sooner the emergency water rebate funds had dried up and closed off applications. Photo: Supplied

Around 800 approved applications for the emergency water infrastructure rebate scheme are gathering dust while the political cat-and-mouse game plays out between the NSW and federal governments.

At the peak of the insidious dry farmers were told by the State Government that there were water infrastructure rebates available if they spent the money on drought proofing their properties.

Many farmers made decisions based on the rebate availability where they spent money on infrastructure projects, including troughs and desilting dams.

They were told to keep the receipts and apply when the projects were done.

Thousands of farmers did exactly that.

But when it came time to submitting their application for the Emergency Water Infrastructure Rebate Scheme (EWIRS) they were told the program was oversubscribed and the money had run out.

Now there are 800 applications waiting in limbo as the federal and state governments play the blame game.

Among them is Ralph Gebhardt, who runs a mixed farming operation at Harden.

Like most farmers he spent the money on water infrastructure, including mobile troughs, as they had run out of water in their dams during the drought.

"We submitted our application in April only to find out a few weeks later they closed the program," Mr Gebhardt said.

"We discovered they had actually run out of money in February. It was deception to growers who knew they had to do the work and pay for it on the anticipation they were able to get money back.

"The government knew full well there was no money left. If they were fair to growers they should have come out and said it had been heavily subscribed and ended it in March.

"They didn't do that and continued to to let people continue to spend and go on the program knowing the money had run out two months earlier."

In his role as NSW Farmers' chairman for Harden and Boorowa, Mr Gebhardt said he had spoken to many farmers who were in the same position.

"This is appalling that they have not honoured their obligations," he said.

"It's a shocking way for the government to do business, nobody does business like that.

"The whole process is onerous and there are a whole lot of growers who will not apply in the future."

It comes after The Land last week reported there were 800 approved applications in NSW that were gathering dust while the political cat-and-mouse game plays out between the NSW and federal governments.

It has been four months since the federal government reversed its decision to discontinue the funding by announcing it would make an additional $50 million available "this financial year" to drought affected livestock producers and horticulturalists with permanent plantings.

This meant farmers would be able to claim up to 25 per cent of eligible infrastructure costs, capped at $25,000.

NSW Farmers' president James Jackson, who met with NSW Agriculture Minister Adam Marshall last week, said it was now on the State Government's agenda and a high priority in its budget cycle.

"The lack of cooperation between federal and state government is counterproductive and we call on all levels of government to work with each other, especially as 800 applications are sitting in an inbox with uncertainty about their status," Mr Jackson said.

"We need to develop a strategic approach to this so it doesn't happen again.

"Some programs are under subscribed and some over subscribed, but the EWIRS was pitched at the right level and a lot of people took up the opportunity to improve water infrastructure.

"This water rebate is a win for farmers, a win for government and a win for the environment, as more efficient water use on farm is sensible and ticks a lot of boxes."