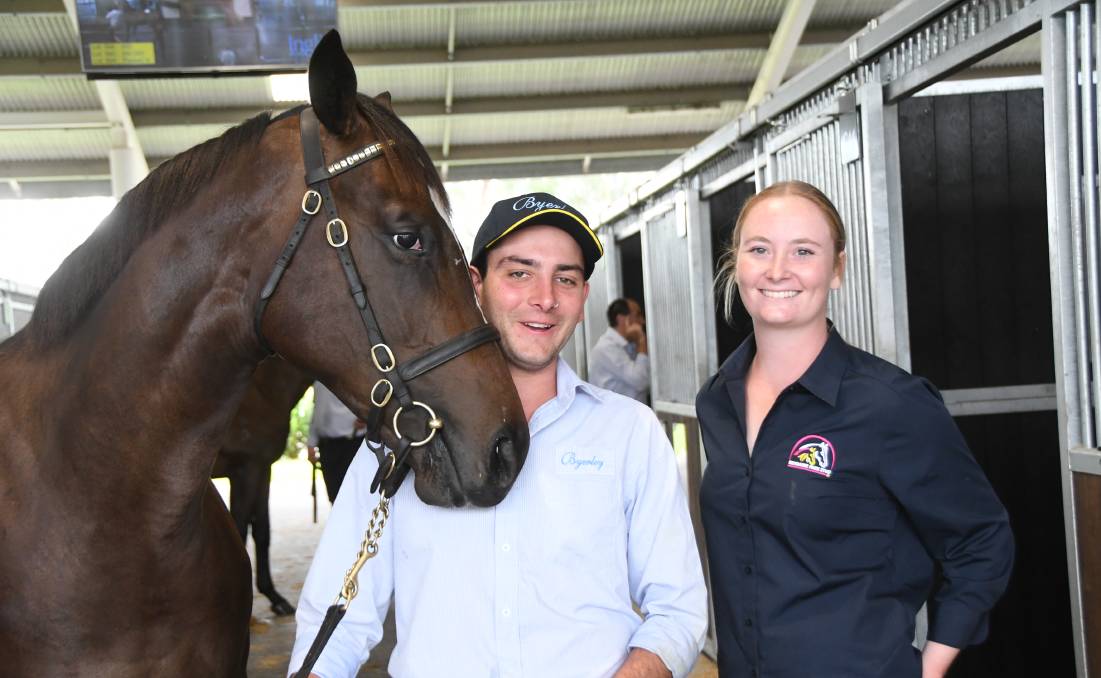 Ready to go to the sale-ring, a colt by Churchill, from Dixie Chick, with Nick Hawcroft of Byerley Stud, and Brianna Thompson of Bendaree Park Stud, which fetched $180,000 on the final day of Inglis Classic Yearling Sale last week.

Interest in thoroughbreds beats the world

Growth was also posted for the Classic Yearling Sale's Highway session with its 140 sold horses, averaging $48,736 for gross sales $6.823m. The clearance was 88pc.

The Geoff and Kate Harris operated Toolooganvale near Scone was responsible for the Highway's top price of $220,000 for its filly by former Arrowfield Stud Japanese bred shuttler Maurice. 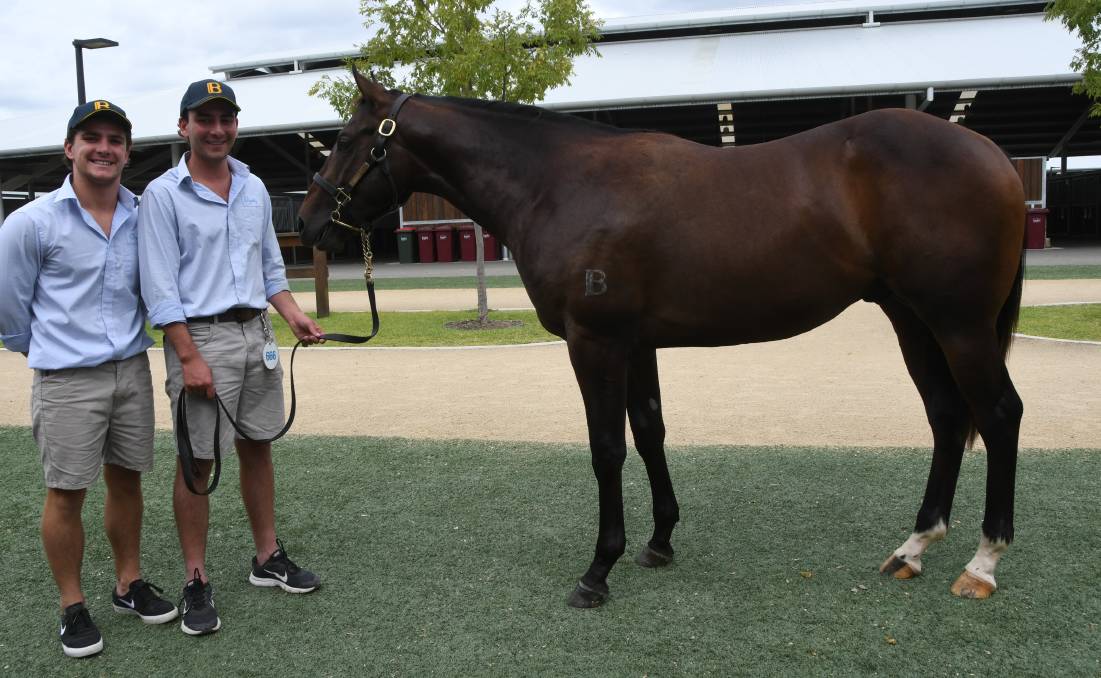 Byerley Studs Henry and Nick Hawcroft with first crop colt by Supido, from Maldicion, which sold for $90,000 in the Highway Session. All photos Virginia Harvey

The second last lot of the auction, the Maurice filly was the second foal of Sydney Group placed War Pass mare Flashing Speed.

The delayed Magic Millions Perth Yearling Sale is next on the yearling sales' calendar February 18 and 19, followed by its Tasmanian Yearling Sale 22nd; then the Inglis Melbourne Premier Yearling Sale at Oaklands Junction 28 to March 2.

AUSTRALIA'S "first lady of racing" Gai Waterhouse was honoured with an Officer of the Order Of Australia (AO), being among the recipients of last month's Australia Day awards.

The legendary Sydney conditioner was recognised for her service to the thoroughbred horse racing industry as a trainer along with her ambassadorial work in racing.

Based at Randwick, Mrs Waterhouse has prepared the winners of over 5000 races, including 144 Group 1 events.

Congratulations also to industry participant, Paul Maguire of Mackay Queensland, who was honoured with a Medal Of The Order of Australia (OAM) for his services to the community.

Mr Maguire thanks his father Eugene who instilled him with caring and sharing values. 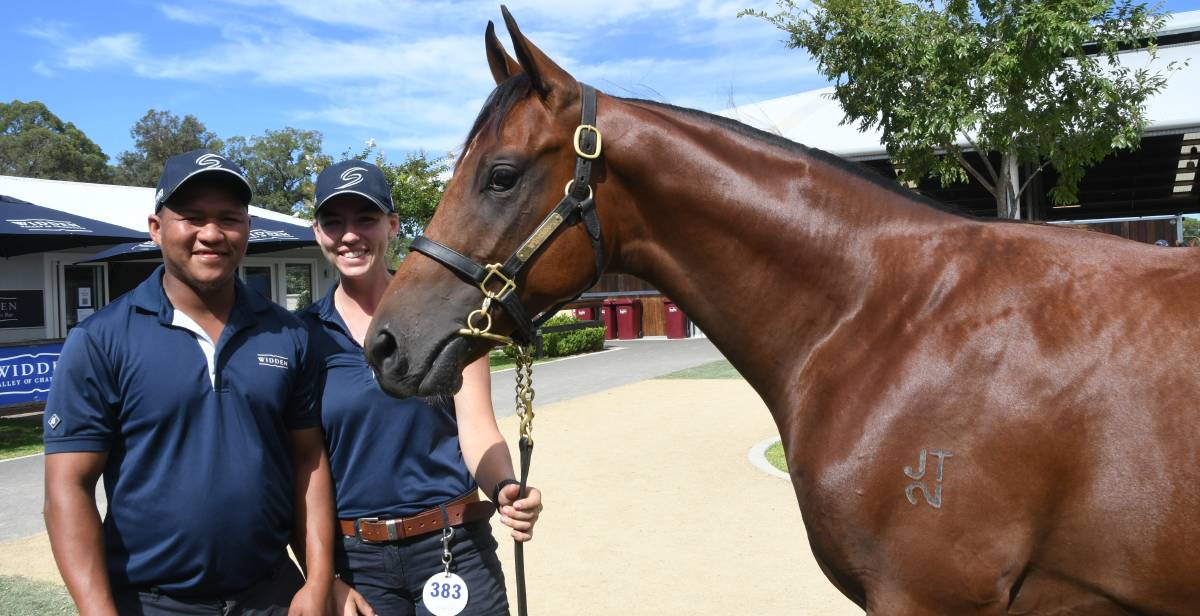 As well as being voluntarily involved with the local community for 55 years, Mr Maguire has been a member of the Australian Jaycees (Chamber of Commerce) since 1977, and received its life membership in 2008.

THE strength of the Australian racing industry is underlined in an informative booklet "Investors' Guide 2021", published late last year by Aushorse - the national marketing voice of the Australian thoroughbred industry.

According to Aushorse, Australia remains the leading place to race a horse globally, this fact clearly evidenced by its 52 races conducted last year worth $1 million or more, compared to 29 in America, and seven in Europe. As well, Australia's prize money out-ranks any other country with our Group 1 races worth double those in Europe last year, while the average-prize per race was almost 40pc more than in America.

"Whether it's prize money, the availability of the best stock for auction or the resale value of a good colt or filly, there is no better place to invest,'' said Aushorse chief executive Tom Reilly.

''In a year disrupted by COVID-19, the strength of our thoroughbred industry has never been more apparent." Returns to owners grew.

Australia's best breeders are sellers, and backing this claim is that 78pc of all Australian-bred Group 1 winners were offered as yearlings at public auctions, a higher percentage than any other jurisdiction.

When it comes to buying "elite colts" at the sales (for racing as well as future stud stallion prospects), Australia is more affordable than other major racing nations.

Australia's love of a bet has ensured high prize money leading to strong rewards for participants. The typical Australian punter wagers about $1066 per year on racing, with bookmakers paying a percentage of turnover that is funnelled back into racing. This prize money has enticed more than 100,000 Australians to own a share in a racehorse - double that of USA, UK, Ireland and France combined. 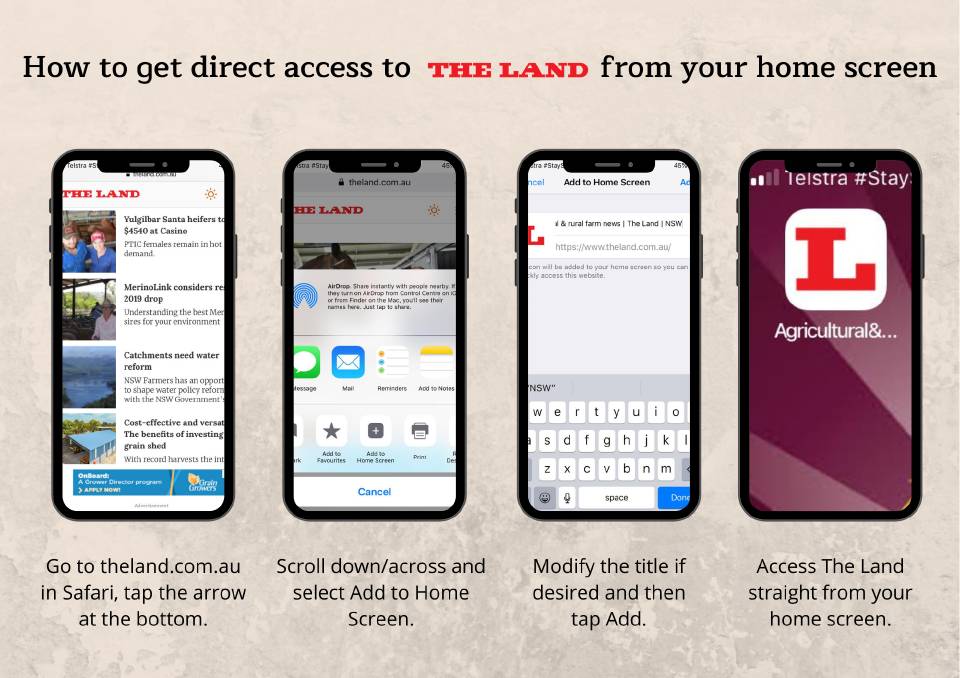