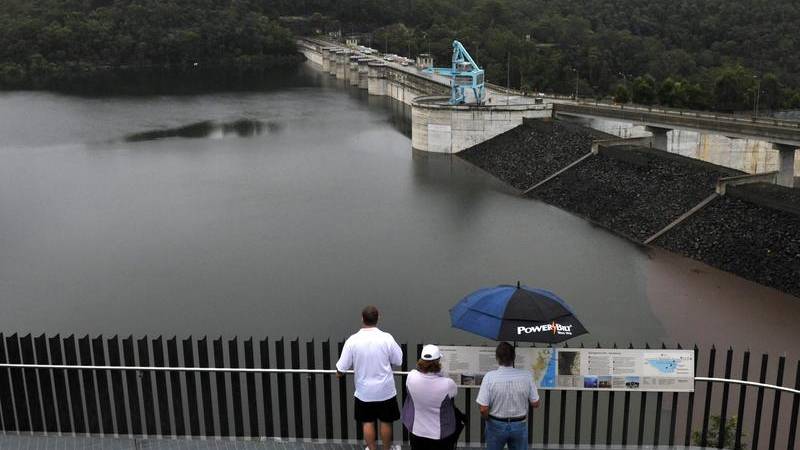 A plan to raise Warragamba Dam by 17m has hit a snag with a major insurer saying the project does not meet environmental and cultural benchmarks.

Major insurer QBE says it will not insure the plan to raise the level of Warragamba Dam as it may destroy World Heritage listed forests and Aboriginal cultural sites.

The large insurance group says its future focus will be on insuring projects that meet the needs of protecting the environment and addressing climate change.

In its sustainability plan, announced at its yearly report on Friday, it said it was "committed to managing climate risk in all investment decisions, where we deem it material. Climate change also provides investment opportunities.

"As an investor, QBE supports climate positive investments in various asset classes and through our Premiums4Good program."

Raising the Warragamba Dam wall in its present plan by 17 metres didn't meet the sustainability criteria.

Viv Bower, a senior QBE spokeswoman said: "QBE believes environmental and cultural heritage impacts are important considerations when exploring risk mitigation options for Warragamba Dam to ameliorate the flood risks for downstream communities. We support the ICA (Insurance Coouncil of Australia) in calling for satisfactory environmental and cultural heritage impact assessments to be completed and made public to allow for full and open assessment of the potential impact of raising Warragamba Dam."

The ICA has also said it will not back the project as it stands, and that there are other ways to pursue the outcome such as flood mitigation.

QBE said it was committed to "measuring and managing climate metrics and targets in the portfolio, such as Weighted Average Carbon Intensity (WACI). A baseline established in 2019 identified that the corporate credit portfolio's exposure to carbon risk is low 1 and is therefore well positioned for the transition to a lowcarbon economy relative to the broader corporate bond market."

Independent NSW MLC Justin Field said QBE was showing "corporate leadership and demonstrating that protecting the environment and respecting cultural heritage is not just the right thing to do but good business".

"It seems that almost everyone except the NSW Government and Minister Stuart Ayres understand the risks to the World Heritage listed Blue Mountains National Park and to Aboriginal cultural heritage from this damaging project are unacceptable.

"The primary argument Minister Stuart Ayres has used to justify this damaging project is that it is needed to reduce flood risk. That argument holds no water when the insurance industry is calling for alternatives to be pursued.

"The insurance industry is acting where our planning system is failing, which is to recognise that some areas and some impacts simply can't be offset or cast aside because it's convenient.

"Where there are alternatives that can protect these universal environmental and cultural values they should be pursued as a priority, not cast aside as part of an inadequate, secretive and politicised assessment process.

"I'm calling on the NSW Government to urgently revisit this project and take seriously the alternatives which are already known and have significant support.

"Spending more money on the failed assessment process for a dam wall raising, that is losing community and industry support by the day, makes no sense and would unnecessarily delay work on alternatives," Mr Field said.