Long-term research has shown a single intensive strategic tillage after 20 years of no-till has relatively minor and short-lived impacts on soil physical properties. 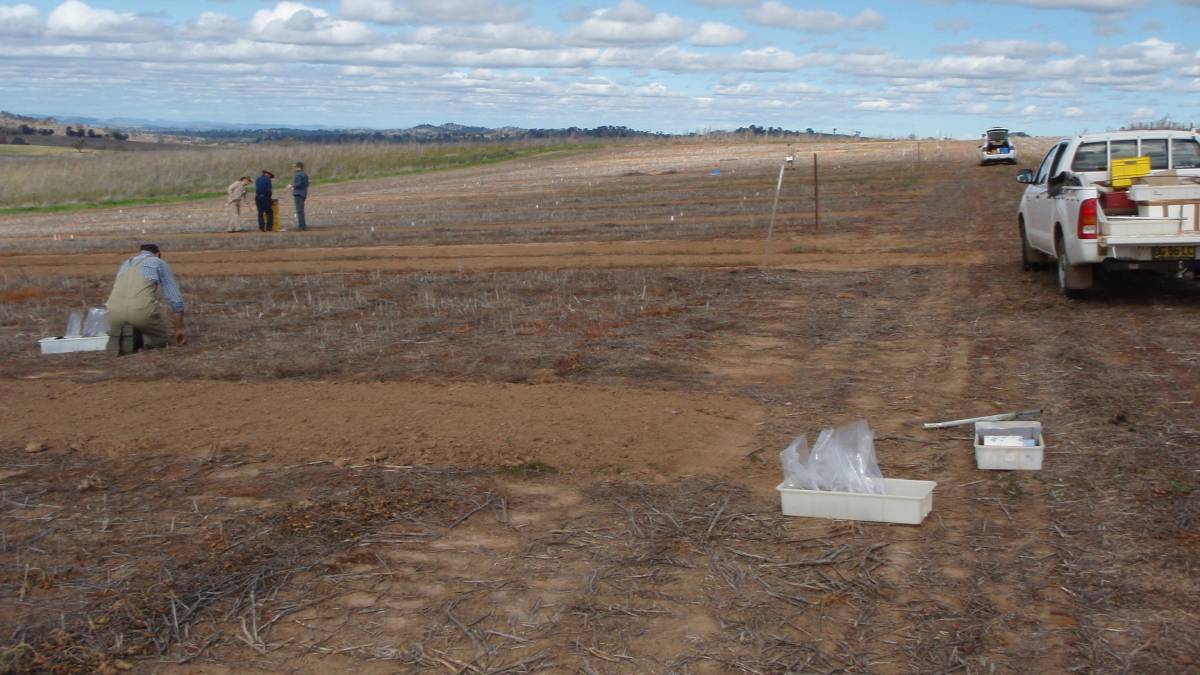 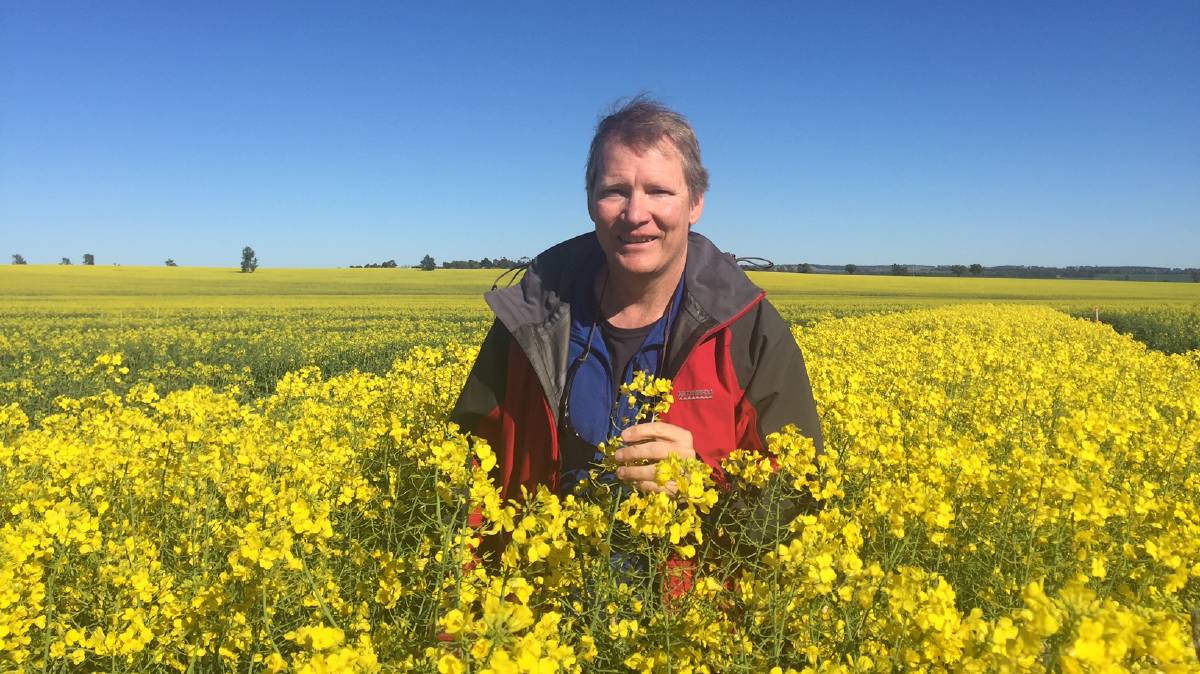 Dr John Kirkegaard, CSIRO, in canola plots in tillage research at Harden. Yield and soil quality were not adversely affected by a one off tillage in a no-till system. 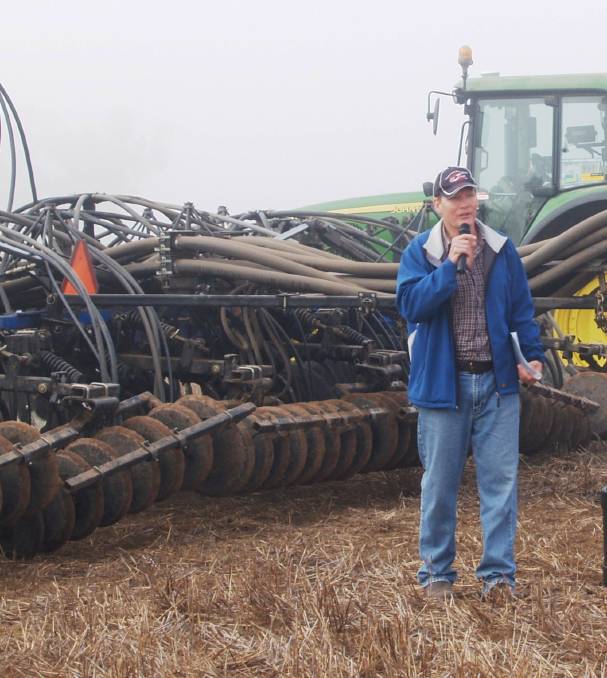 Dr John Kirkegaard, CSIRO talking at a field day about sowing technology and how an occasional tillage doesnt undo all the benefits of a no-till farming system.

PREVIOUS reported northern NSW and Queensland research found that an occasional tillage in a zero-till farming system does little long-term soil damage. And could help in many issues like management of difficult to control weeds.

Strategic tillage describes the occasional tillage in an otherwise no-till system. Advantages include integrated weed control that are developing resistance to key herbicides, and the incorporation of lime to depth on acid subsoils. Assessing the impact of a single tillage on soil characteristics (biological, physical and chemical) and yield occurred on a long-term tillage and stubble-management experiment. Following 20 years of no-till a once-off strategic tillage was also assessed against 20 years of long-term minimum till cropping (single annual pre-sowing cultivation with tines). Assessment of these tillage treatments with and without retained crop residue (burnt prior to sowing).

The research site, Oxton Park, of the O'Connor family, elevation 497 metres, was a typical well drained sandy-loam surface soil (clay 15 per cent, silt 10pc, sand 75pc). Rotation generally comprised one year wheat followed by a break crop (either lupin, or canola). Crop sequence in the four years immediately preceding this experiment had been wheat-wheat-wheat-canola. During the five-year experiment the sequence was wheat-wheat-wheat-lupin-canola.

In the five years after one tillage yield was similar to continuous no-till. Strategic till also had similar yield to long-term minimum till. No-till stubble burnt remained a little ahead of stubble retained for wheat. Strategic tillage tended to increase vegetative growth but not yield, and this persisted for two years. Retained stubble tended to reduce growth of all crops and while it reduced wheat yield, lupin and canola were not affected. John Kirkegaard and colleagues believe the data suggest that for crop growth at this site, 30 years of a single annual tillage had not diminished soil productive potential compared with long-term no-till or strategic tillage, irrespective of residue management. However residue retention created a small and persistent wheat yield penalty which appears due to nitrogen tie-up.

Irrespective of residue treatment, a single strategic tillage after 20 years of no-till has had minor and short-lived impacts on soil physical properties. After strategic tillage, bulk density and strength were initially reduced to the depth of cultivation (15cm) irrespective of residue treatment. The main impact of strategic tillage was reduction in stable surface soil (0-5 cm) macroaggregates by around 8pc, partly accounted for by mixing of some of them into the 5cm to 10cm layer. Most of the differences in aggregate stability disappeared after two years. No till plus retained stubble had higher macroaggregate levels over the five years, similar to nearby perennial pasture.

Surface (0-5cm) water-stable macroaggregates were reduced but recovered to pre-tillage levels within two years. Carbon, pH, nitrogen, and fine-fraction carbon and nitrogen were initially stratified in the surface layer but were redistributed more evenly in the 0-10 cm layer after strategic tillage. This remained over the five years.

Colwell phosphorus levels were not stratified or influenced by tillage. Regardless of residue treatment, strategic tillage redistributed pH, carbon and nitrogen. All decreased in the 0-5 cm and increased in the 5-10 cm and sometimes 10-15 cm layer. These changes persisted although tended to be less pronounced and declined over time. The results indicate a single strategic tillage to incorporate lime to ameliorate subsurface acidity can be carried out with little risk to long-term soil health.

Next week: Tropical grasses outstanding across the state; again.