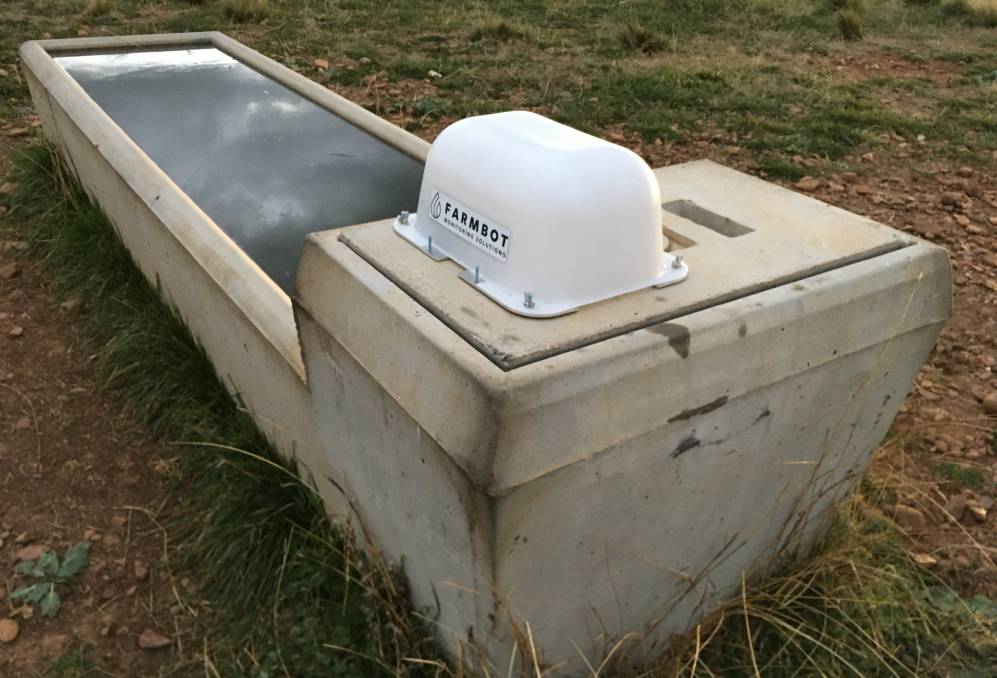 EYES ON THE TROUGH: Wireless Trough Sensor from Farmbot digitally connects farmers to their water supply points right up to the point of consumption.

Farmbot, a provider of remote monitoring technology for Australian agriculture, has released the Wireless Trough Sensor, a device which connects farmers to their water supply right up to the point of consumption.

Connecting to the Farmbot Monitor either through a wired or wireless connection, farmers can view real-time consumption trends and variations via a cloud-based dashboard.

The system can also send alerts if an issue is detected in the trough, allowing the rectification of problems before they become a crisis.

The software provides farmers with information on average and minimum water levels and these can be analysed over time from anywhere via a computer or hand- held device.

Farmbot's managing director Andrew Coppin said the Wireless Trough Sensor was another step in the evolution of the connected farm.

"Incrementally, we are building an end-to-end solution which combines hardware, sensors, satellite and cellular connectivity, and cloud-based software to provide farmers with a holistic view of their on-farm resources delivered to the palm of their hand."

The Wireless Trough Sensor is an add-on to the Farmbot Monitor, the device which integrates Farmbot's whole range of sensors and monitoring devices.

The cloud-based MyFarmbot dashboard collects, stores and reports on information from each monitoring location from anywhere at any time.

The technology leverages satellite connectivity and can alert farmers when there is an issue with their water infrastructure that would lead to excess waste such as a leak, overflow or broken pump.

With the launch of the Wireless Trough Sensor, farmers can also quickly identify issues that may be preventing their animals from consuming water, reducing the risk of dehydration and the associated impacts to growth rates and fertility.