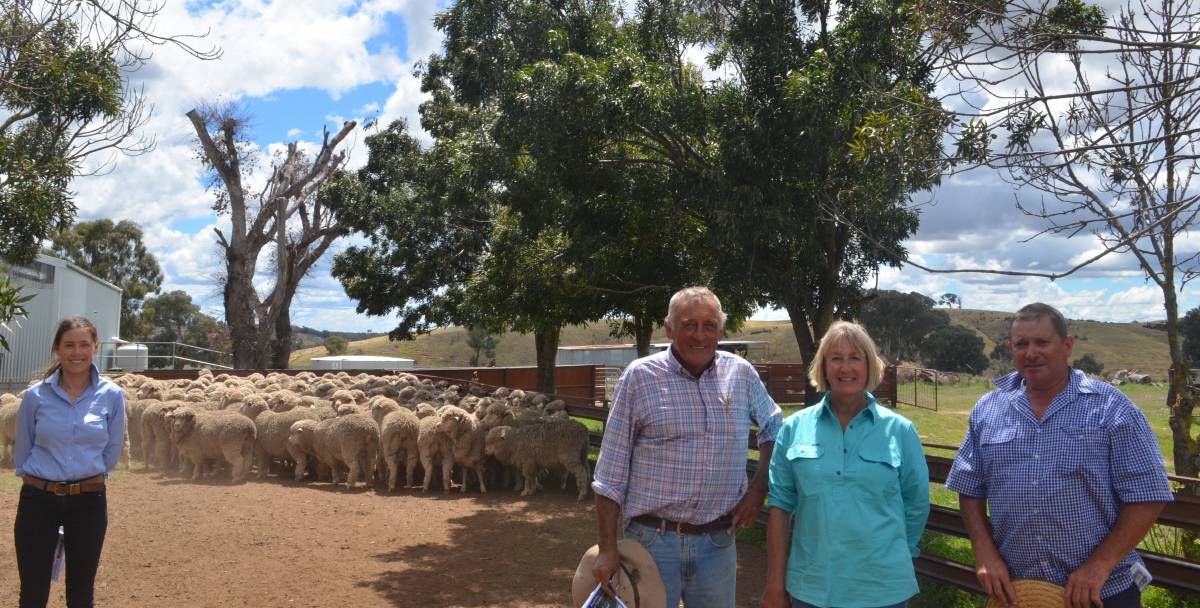 A longterm commitment to their preferred genetic source lifted Bruce and Narelle Nixon's flock into first place during the 33rd annual flock ewe competition at Boorowa and major sponsored by ANZ Agribusiness and Corkhills Ag Services.

He reiterated the aim of himself and Narelle was to continue breeding large framed ewes with the genetic potential to produce a heavy fleece of soft handling wool.

"We aim to class to have a very even flock of maidens, both with wool quality and frame size," he said.

"A good framed sheep with a good outlook with a well-nourished wool on a good body."

It was a hatrick for the Nixon's and they are assisted in their woolgrowing quest by local sheep-classer Greg Carmody.

In second place was the Yarrawonga-blood flock entered by Tony and Peter Croker while Dermot McGrath's Tara Park-blood flock was in third place.

The Nixon's flock was also the People's Choice, while George Gregory with his Winyar-blood flock received the encouragement award and Murray Dymock won the dual-purpose award with his Royalla/Koonwarra-blood flock. 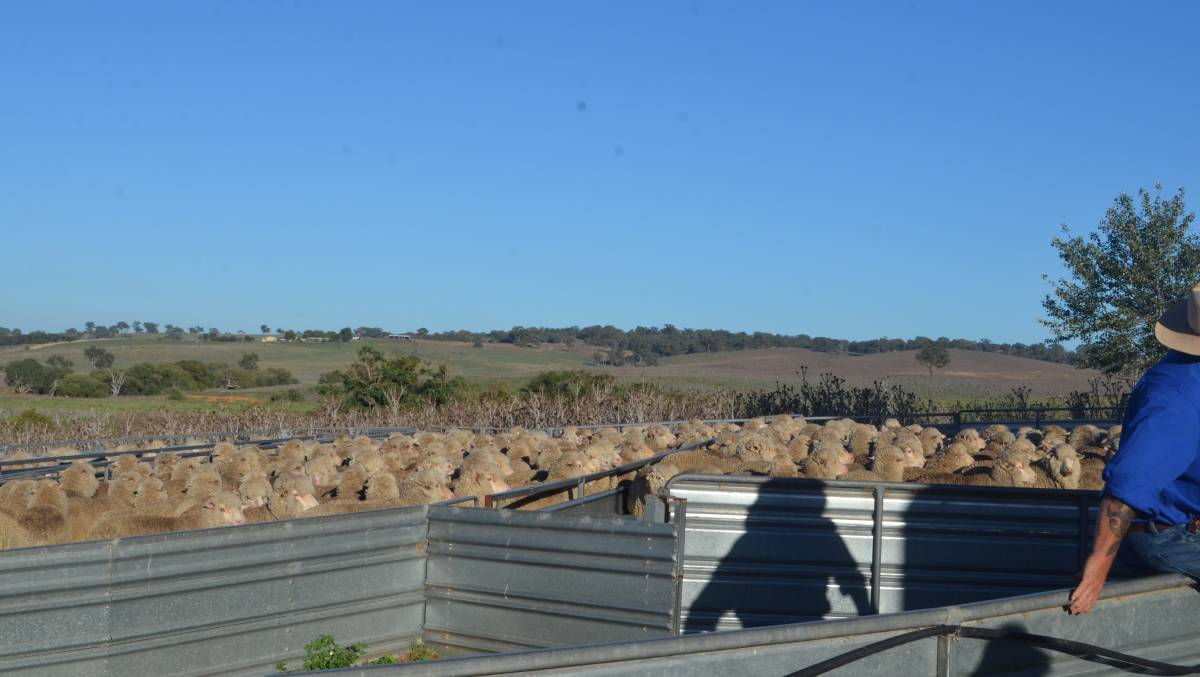 Mr Kirk urges further participation in flock ewe competitions like the one at Boorowa as a means of lifting productivity but also spirits of the competitors and visitors.

"It will take five to six years before you have a good ewe base, but you have to start somewhere," he said.

When responding to the Nixon flock he was very impressed with the wool cutting ability which came from their lock structure.

"But their wool is not super-soft and super-pretty and there is a little bit of cross-fibre - that is what gives you your lock structure and wool cut but in a wet year like we've had they will take a bit of water more than the dryer [woolled] ones," he said.

Mr Kirk noted the Nixon's are in that zone where they are getting the best of all the wool producing traits in their maiden ewes.

Mr Barron complimented the Nixon's and said his first impressions were of a very well presented mob of sheep with beautiful bloom.

"They got good heads, their wool is well-nourished and with big barrels," he said.

"They are well covered down the legs which I like to see which means they will have a good belly wool.

"They are a very productive mob of young ewes."

Mr Barron did note the odd ewe which was a bit short in neck extension and he suggested they could be stretched out more.