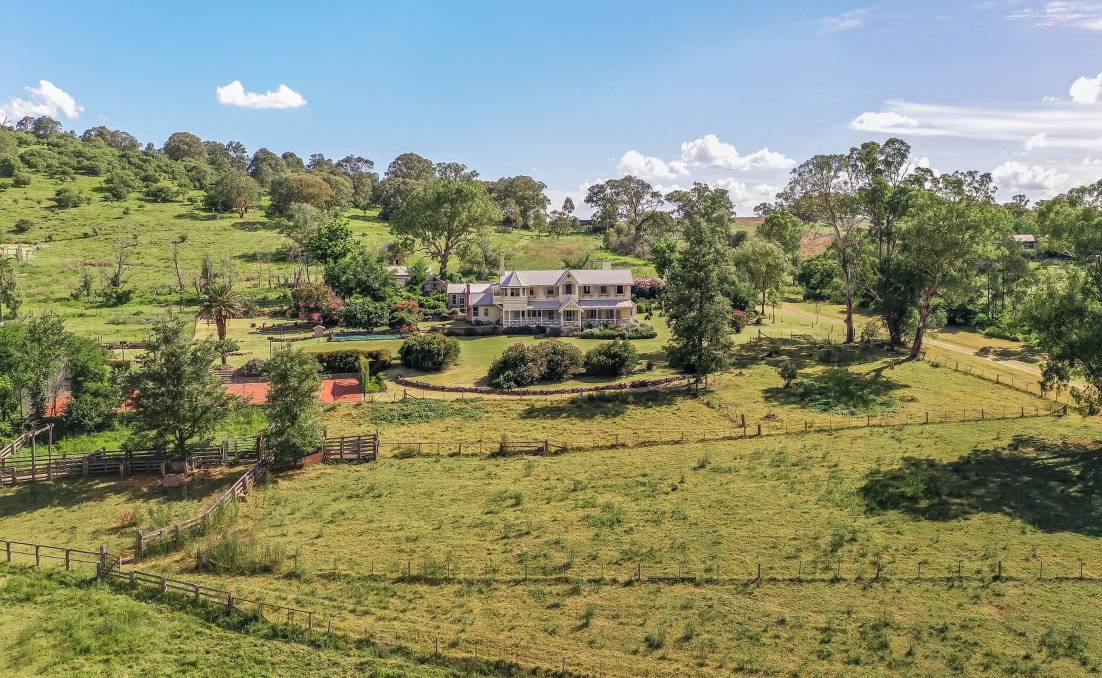 A rich chunk of NSW pastoral history has hit the market in the shape of an Upper Hunter landmark homestead property, to wind up five generations of extended family ownership.

A rich chunk of NSW pastoral history has hit the market in the shape of an Upper Hunter landmark homestead property, to wind up five generations of extended family ownership.

On offer, by expressions of interest, is Bickham Homestead, the Blandford property that was home for most of its settled life to successive generations of the Wright family.

The station property of which Bickham Homestead was once the working core encompassed at its peak some 4856 hectares (12,000 acres).

It hosted annual shearings of up to 20,000 sheep and was home to well-regarded Merino sheep and Hereford cattle studs.

That's the house-and-land package now being marketed jointly by McGrath and Sotheby's on behalf of the Malone family, whose connection to Bickham goes back to 1931, when the present owners' great aunt married Max Wright.

It was Max's grandfather, Philip Wentworth Wright, who established the Wright dynasty at Bickham when he acquired the 2440ac lease of the property (then called Beckham) from Elizabeth Cory, whose late husband John had taken up the initial 870ac in 1835.

In earlier times the 80ha of river flats were irrigated and cropped, and the property still holds a 65-megalitre water licence.

The country is now used for grazing and has run up to 70 cows and calves, although at present it is lightly stocked and carrying a big body of feed.

Centrepiece of the property is the historic two-storey homestead, set on a rise overlooking the river amid mature terraced gardens which incorporate a floodlit tennis court and a swimming pool.

The homestead was built in stages from the mid-1800s - reputedly with input from colonial architect Edmund Blackett - and has been faithfully maintained to preserve its period character.

Set on the hillside 200 metres behind the homestead is Neville's House, a three-bedroom weatherboard cottage formerly occupied by a manager and offering restoration potential. The sites of two former staff cottages beside the river also offer scope for rebuilding.

Current working improvements include a machinery shed and cattle yards, while heritage structures still standing - in various states of repair - include a winery (from Bickham's earlier era as a vineyard), bull shed and blacksmith shop.

Expressions of interest for Bickham Homestead close on March 24, with bids of around $2.7 million expected.