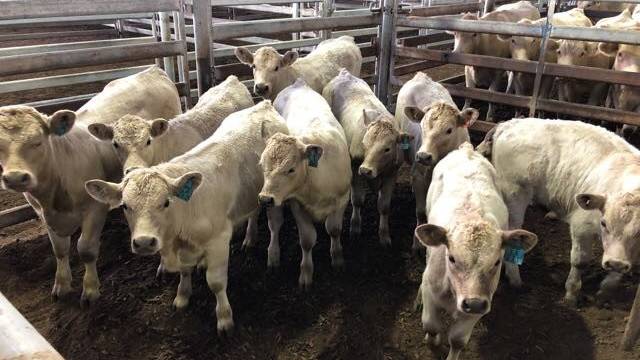 Nine Charolais calves with their dams sold for $3700. Photo: AuctionsPlus

There was 225 head listed and the auction was interfaced with AuctionsPlus.

Top price at $3700 was paid for ten Charolais cows, three to eight years with calves and PTIC to Angus bull.

The cows weighed 560kg while their calves weighed 209kg.