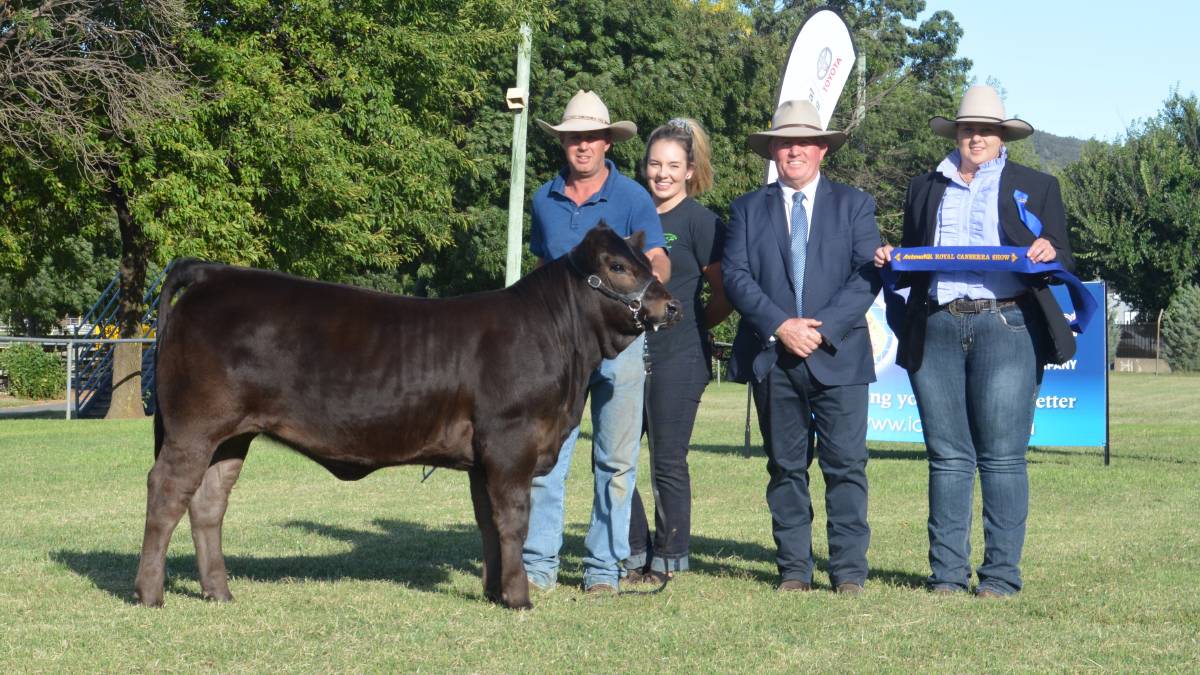 At just six months of age a black Limousin heifer calf has continued her family's legacy, rising to the top of an elite line up of heifers in the Royal Canberra Cattle Show's Jackpot Heifer competition.

Progress Perfect Storm R4, exhibited by H&L Livestock and Progress Limousins, was the youngest female nominated in the section that drew in 28 entries, but that did not hold her back from taking the $1400 prize pool.

Judge Graham Williams of Thunderbird Ag, Windsor, and his associate Emily Polsen of Grace Valley Livestock, Yass, slapped her their champion, commending her for combining all the things breeders look for in an animal.

"I am not frightened to use young animals," Mr Williams said.

"If we are all moving forward with our breeding programs, our youngest cattle should be our best animals. "I love the skin of this heifer... and the length from the shoulder through to the hip - the length through the middle section really gets her up in this first class."

Sired by Myers Master Court and out of Progress Perfect Storm P5, the calf will show on her dam in tomorrow's Limousin judging from 8:30am.

In the perfect storm she overcame Red Angus heifer, Diamond Quite a Catch Q503, exhibited by Christie Fuller and Gavin Iseppi, Cowra.

At 18 months of age she was sired by Canadian sire Red Cockburn Assassin 624D and out of GK 21 Red Ruba L09.

"The more you look into her the more you see a brood cow, and that is what got her there," Mr Williams said. Commenting on the two females in the final of the heifer jackpot, Mr Williams said they didn't make it easy for themselves; picking the youngest and oldest two animals in the competition.

"I am sure that every judge you talk to wouldn't find too much you would want to change about them," he said.

"You can see the cow the senior heifer is going to develop into, but the junior heifer calf has the extra muscle in her.

"From my experience it is hard to find a female that combines that muscle pattern with the length she has." 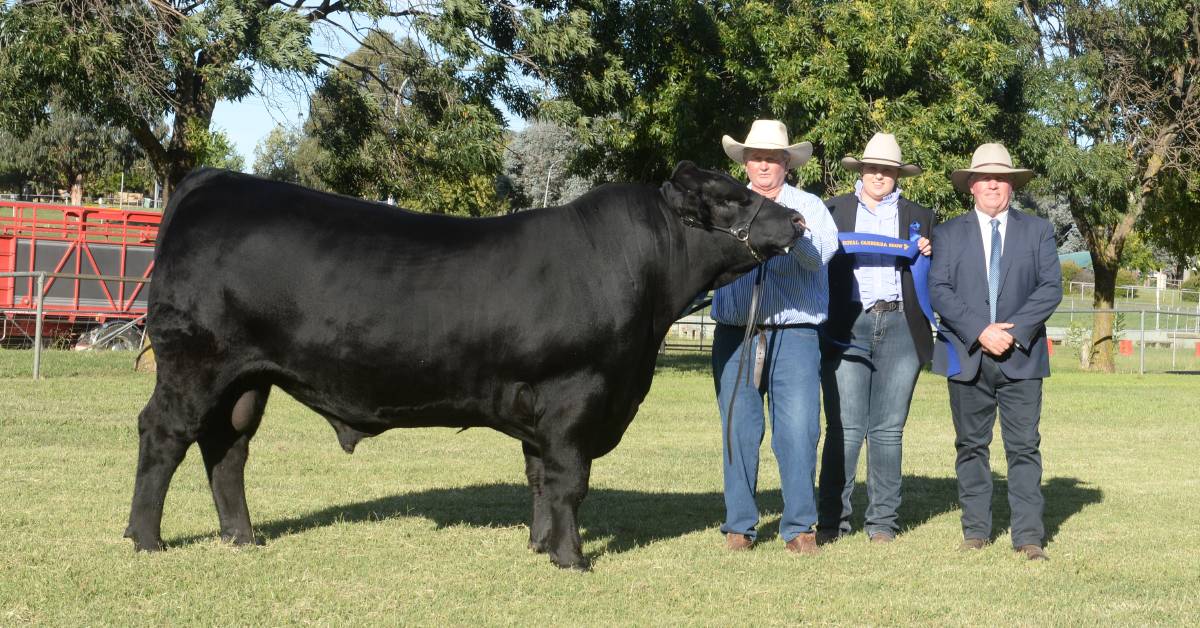 A half-brother to the 2020 Canberra Royal Interbreed supreme bull took out the interbreed junior bull section.

Last year Quick Sillver's half-brother, PC Not Negotiable N142 at 1235kg was senior and grand Angus champion before his interbreed win. He had previously been the reserve senior champion bull at the 2019 Melbourne Royal Angus Angus feature show, and a class winner at both Sydney Royal and Adelaide Royal. Read the full report in this week's The Land newspaper.