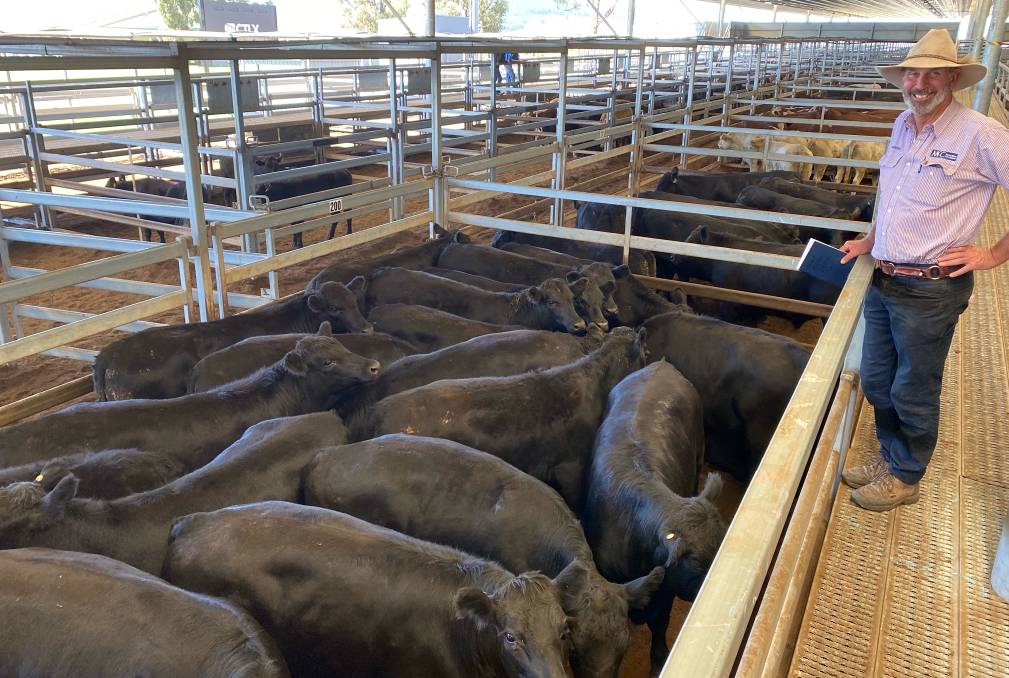 The price gap between yearling steers and yearling heifers continues to narrow as buyers look for value in the prime cattle market.

THE price gap between yearling steers and yearling heifers continues to narrow as buyers look for value in the prime cattle market.

"With the heifers, the restockers are well and truly in there buying as they are looking long term to restock herds, while the feedlots and backgrounds are also active on the heifers as an alternative to steers," Mr Rice said.

Across the yearling market, Mr Rice said the trend continued to be very strong.

"There may be a slight up or down from week to week in the price trends, but that's got more to do with the quality of the cattle offered rather than the overall trend," he said.

"Vendors are certainly still very happy with the prices for their cattle and I'd say the market is certainly not going backwards."

Bowe and Lidbury auctioneer Rodney McDonald, Maitland, said the young cattle market in the Hunter was also solid even though the supply at the weekly prime cattle sale was somewhat reduced.

"It just depends what the buyers are chasing; some weeks the prices for heifers are up and other weeks the steers are up, but overall we can't complain about the cattle prices," Mr McDonald said.

"Most people have grass at the moment and graziers are still restocking from the severe drought we had, so there's plenty of demand at the sales."

Mr McDonald also noted the gap between prices for steers and heifers was getting closer as restockers added competition to the market.

The NSW Yearling Steer Indicator for cattle bought by processors, calculated by Meat and Livestock Australia, was at 459c/kg: up 6c/kg on last week and 91c/kg on this time last year.

Feedlot competition appears to have eased off a little in the past week with the NSW Feeder Yearling Steer Indicator back nearly 8c/kg to be on 449c/kg.