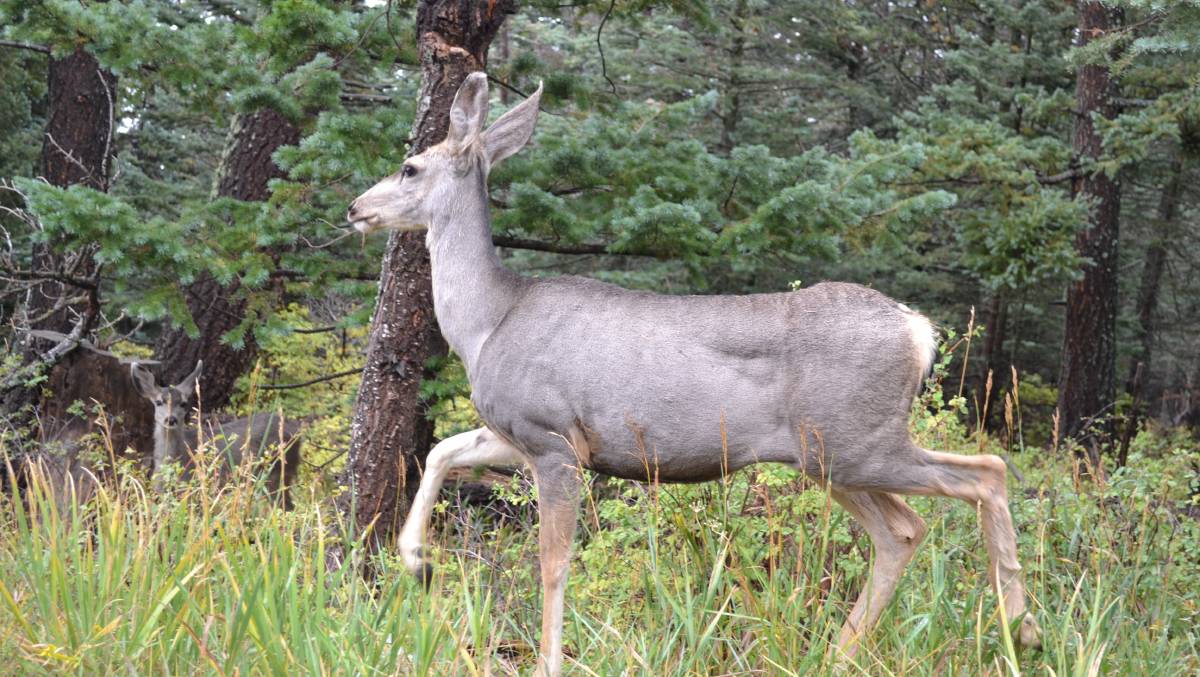 Ted Crawley and his neighbours are shooting thousands of deer a year with little impact, as hundreds continue to descend onto their paddocks every night.

TED Crawley and his neighbours are shooting thousands of deer a year with little impact, as hundreds continue to descend onto their paddocks every night.

The Jindabyne, NSW, beef farmer is on a mission to change the perception of deer as a "cute game species" and warned others to root them out before they come entrenched.

Mr Crawley admits 15 years ago, when the deer were rarely seen, "it was a novelty".

"The kids would all run out the front to see it," he said.

But fast forward seven years, Mr Crowley and his half a dozen neighbours find themselves dealing with 300 to 500 deer on their property every night.

Vertebrate pests follow an exponential growth curve, so the population grows slowly until it hits a certain threshold, then it explodes.

"We were shooting 500 a year, so were the neighbours, and you couldn't tell the difference," Mr Crowley said.

Due to the grazing competition, the deer more than halved Mr Crowley's stocking rate.

But it's the biosecurity risk that is "by far the biggest threat". Deer have about 15 diseases in common with domestic livestock, including live fluke.

"You can treat your cattle, rotate your drenches, spell your pastures to minimise the snail intermediate host - but that's all a waste of time if you've got hundreds of deer wandering through your paddock at night," Mr Crowley said.

Invasive Species Council chief executive Andrew Cox said in the past four years, another five per cent of NSW had been occupied by deer.

He had a stark warning for farmers: "Deer are coming your way, we need to get serious".

"Those that haven't got them yet are unaware of what's in stall," Mr Cox said.

"There's a mixed perception of them. Farmers where they are just arriving in a few numbers say 'oh that's cute' and don't think twice.

"People like Ted, where deer are in the hundreds or thousands are very aware. They've suffered greatly economically and wish they did more before they arrived."

Mr Cox said the agricultural community was "too complacent" about the biosecurity risk deer posed and "underestimate them as a vector".

For areas with low numbers, Mr Cox recommended coordinating efforts with neighbours and getting a commercial hunter in early.

"Regular hunters aren't going to work because they like large numbers and by then it's too late," he said.

Mr Crowley said deer were "really clever", which was one of the reasons they were so difficult to root out once entrenched.

"They learn fast - our commercial hunter said that after one event, they'll learn to avoid him, so he changes the sound signature on his Land Cruiser every time," he said.

"When we first started, we were shooting at a hundred metres with a spotlight. But I was out this morning, I saw 40 to 50 deer. I couldn't shoot any of them because they were all in full flight.

"Now we have to use thermal telescopic sights and shoot at 300 to 400 metres."

Although the commercial hunter helps keep the numbers down, the only thing that creates a significant impact is helicopter culling - and with most deer living in dense forest, even that has its limitation.

"That's why we need greater research in to how we can use baits for deer without hurting any non-target species," Mr Crowley said.

"The minute we can do that, we're going to apply for 1080 or other appropriate toxin."

The Centre for Invasive Species Solutions is trialling a deer aggregator - a feed container that only allows deer access while excluding native animals.

Baits are not being tested with the aggregators and currently there are no licenced deer baits in Australia.

But national deer management coordinator Annelise Wiebkin said the aggregators could be used in conjunction with traps.

"It can habituate deer to a desired central location, so those wishing to control deer can do so more reliably and more effectively," Dr Wiebkin said. 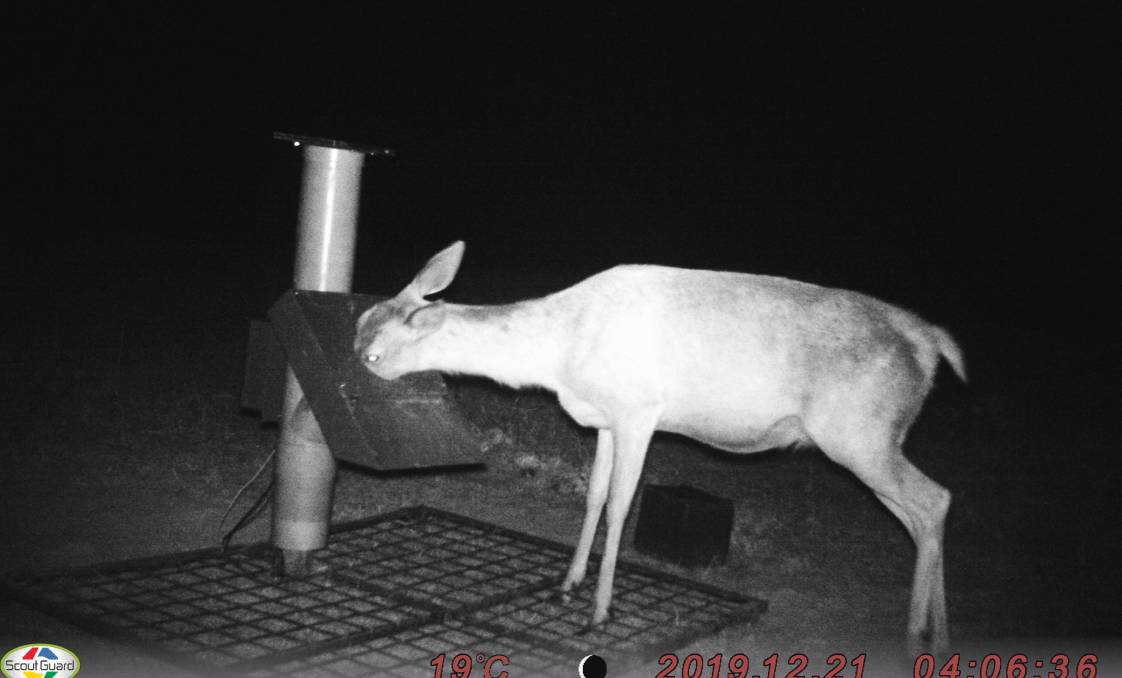 The aggregator, which is still being trialled and tweaked, will be affordable and user friendly.

"Deer haven't spread to their full potential, so we have a window of opportunity to stop them spreading further," Dr Wiebkin said.

"This won't be a silver bullet, but it's another tool in the tool box, and we need as many of those as we can."