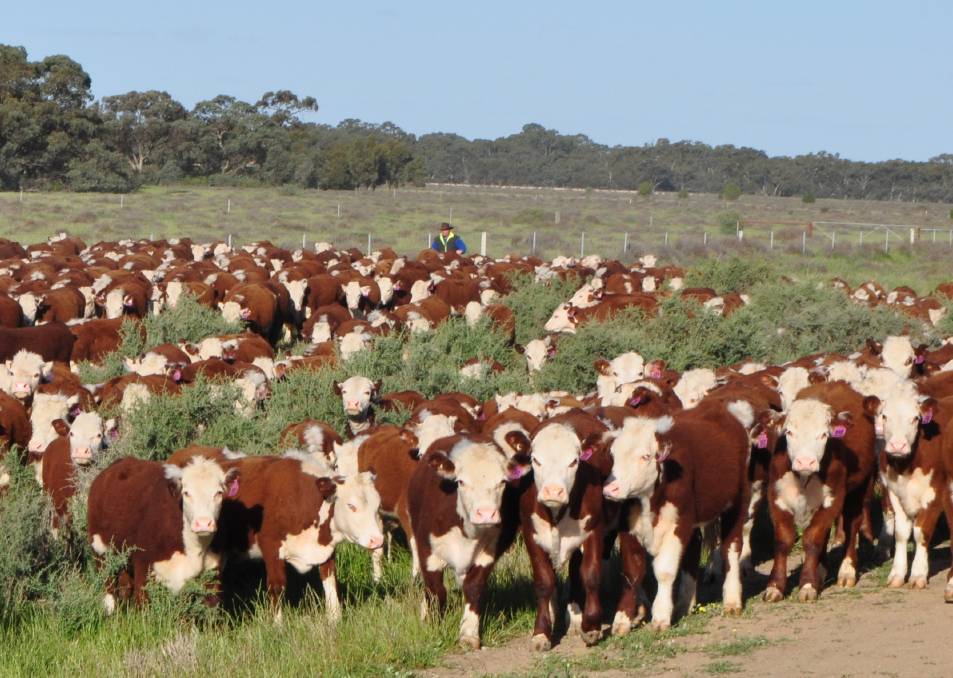 Average broadacre farm cash incomes are set to jump 18 per cent to $184,000 this financial year and farm output will break a new record says ABARES.

Rain-revived agricultural production is on track to hit an all time record value of $66 billion in 2020-21 - about $7b more than just a year ago.

Average broadacre farm cash incomes across Australia are set to jump 18 per cent to $184,000 this financial year, thanks to surging returns from livestock and grain, a big 55.2 million tonne winter grain harvest, and cheaper prices for energy, fertiliser and stockfeed.

Farm commodity analysts have tipped prices farmers received for their products this year, relative to prices paid for inputs, would be a solid 3.3 points higher on the terms of trade index than two years ago.

Yet, despite much improved seasonal conditions and the promise of a global economic recovery from the coronavirus pandemic, the local farm sector's bullish performance may not maintain much of the past year's momentum into 2022 and beyond.

The global trading environment is uncertain, economic growth could be varied and sluggish, meat markets would cool and the season was unlikely to be as kind to farmers, according to national commodities forecaster the Australian Bureau of Agricultural and Resource Economics and Sciences.

Despite grain export values currently tipped to lift 12pc to $24b, overall agricultural exports were already under pressure and forecast to be down 4pc in 2020-21 to $46.3b - their third consecutive annual slip.

During the next five years ABARES expected exports would be around the $47.2b mark, possibly hitting $50b, but likely to be restrained in value by bigger livestock volumes and currency challenges, among other frustrations.

Prices for most farm commodities were tipped to fall in 2020-21, with the notable exception of wool and cotton.

The dollar was assumed to average US75 cents for 2020-21 and the following fiscal year - slightly below recent month peaks.

"The current financial year is forecast to be an excellent one for Australian agriculture, with an expected 8pc lift in production value on last year," said ABARES' acting executive director Jared Greenville.

The rebound from drought had been exceptional in its sheer scale of the turnaround after three consecutive years of decline.

"While the sector has demonstrated resilience and the ability to adapt to COVID-19, other challenges remain.

"Shifting trade, along with macroeconomic and production uncertainties, will provide the backdrop for what we expect to be a more difficult environment in which to grow production and trade value."

ABARES felt agricultural production would slip to be worth $63.3b next financial year, although still hold above $60b in the next five years.

Horticulture's steady production growth would see it rise to be worth about 21pc of Australia's total farm output in 2025.

Despite tariff and trade tensions with Australia, China should remain our most significant agricultural trading partner.

"These developments along with macroeconomic and production uncertainties will provide the backdrop for what is likely to be a more difficult environment in which to grow trade value," the forecaster's latest quarterly agricultural commodities report noted.

Dr Greenville said innovating and meeting consumer expectations around what Australia produced would be important in growing value in an uncertain future.

So, too, would ensuring our export systems were efficient and rewarded producers for the quality of their product.

While the biggest recession in a century had caused the world's economy to shrink almost 4pc in 2020, ABARES was optimistically assuming 5.3pc global growth this year.

However, its expectations for Australia were more modest at 4pc in 2021-22.

The bureau warned growth in advanced economies was set to slow, averaging only 1.8pc in the next five years, compared with 2.1pc in the five years before COVID-19 hit.

Emerging economies were tipped average 4.5pc growth between 2023 and 2026.

Seasonal conditions are most likely to be adequate, but not highly favourable - ABARES

"Over the next five years seasonal conditions are most likely to be adequate, but not highly favourable, with a high likelihood of at least one dry year," ABARES' report said.

La Nina conditions, which tend to bring wetter weather events, had peaked last November and were less likely to persist into 2021-22.

"But over the longer term, we cannot forget the fundamentals remain strong," Dr Greenville said.

"What will be important is creating the conditions to maximise the sector's growth and contribution to the economy."