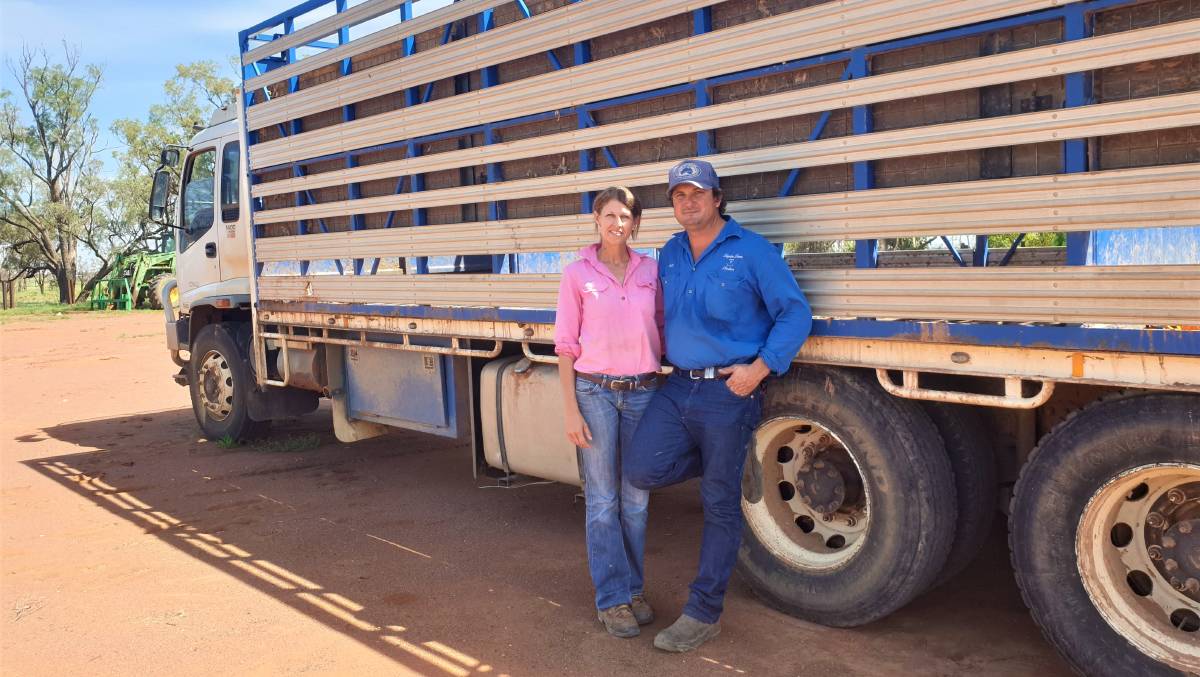 Alison and Scott Todd moved to Brigalow Downs south of Bollon in 2014 and have turned the rangeland goats running freely on the property into a profitable breeding business. Pictures - Sally Gall.

A decision in the summer of 2017 to fully enclose their 36,420ha of country in the Bollon district has rewarded Scott and Alison Todd many times over.

The couple came to Brigalow Downs 90km south of Bollon in 2014, walking into one of the biggest droughts on record.

At that stage they were an all-cattle operation with rangeland goats running freely on the property, and with a good reserve of mulga and cattle selling very cheaply in the Barcaldine and Blackall districts, they began building cattle numbers.

As the drought went on, their mulga didn't regenerate as well as expected, and with cattle agistment bills mounting, they decided to diversify. 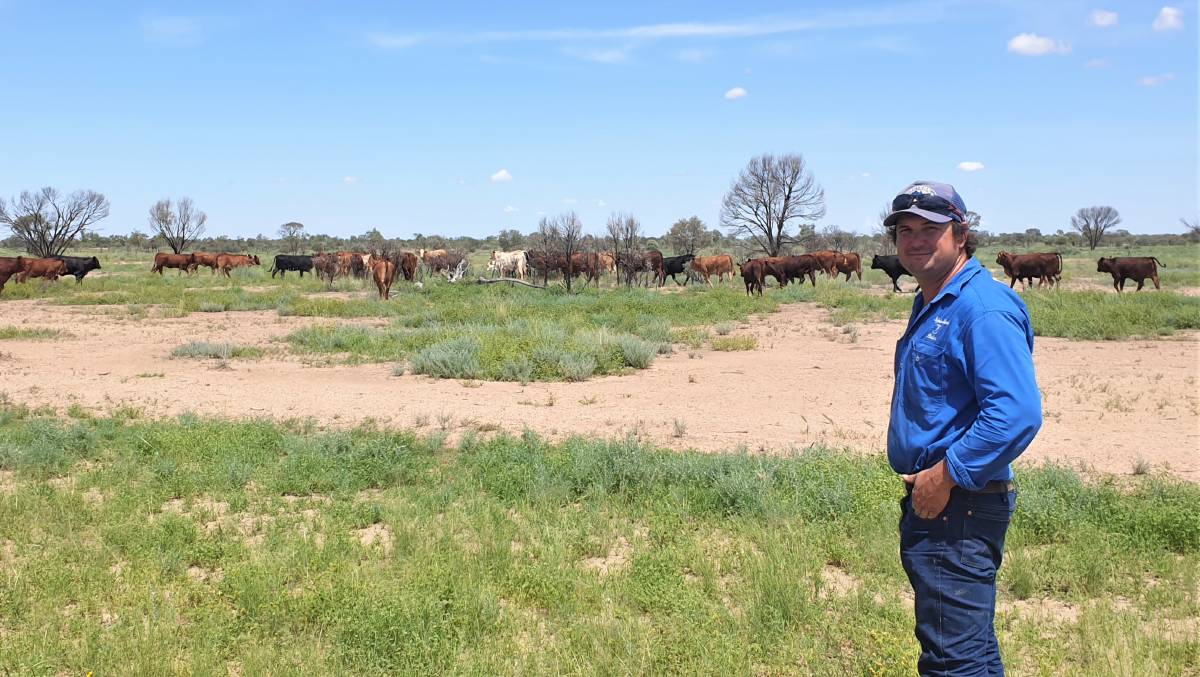 Cattle are still part of the Todds' operational plan for a diversified business, but not in as great a number as previously.

"We realised we had to change our game plan," Mr Todd said.

Despite the financial outlay, they put 4050ha behind electric fencing in order to safely invest in sheep.

They now have 150km of exclusion fencing enclosing both their 30,350ha Brigalow Downs-Coomburrah aggregation and the 6500ha Bindebango block north of Bollon, some constructed as part of cluster schemes.

"We were always fencing regardless of government inputs, it just had to happen," Mr Todd said. "You couldn't be here without it."

They estimate they've spent at least half a million dollars on vermin-proof fencing in the past three years but say they've already recouped that money in stock improvements, regardless of rain.

"It didn't have to rain to get the benefit of it because you could get rid of your dogs and pigs," Mr Todd said.

"You could spread your stock out and supplement them and they could live off leaf fall.

"We trapped 17 dogs as we fenced; they were here and impacting us more than we ever knew.

"We had no idea the severity of the impact until we started fencing and trapping."

The pair say they've not had a single incursion from the ground on their southern country so far, but they don't run small animals at Bindebango, thanks to the possibility of fence openings because of creek and main road crossings.

With that asset behind them they're now running 700 branded cattle, 4500 Aussie White/Dorper-cross ewes plus 900 wether lambs, and in excess of 10,000 rangeland goats.

See also: Aussie Whites top of the menu at Bollon

Along with carbon farming, they say the diversification has been fantastic for their business, adding that they had goats to thank, along with the fencing. 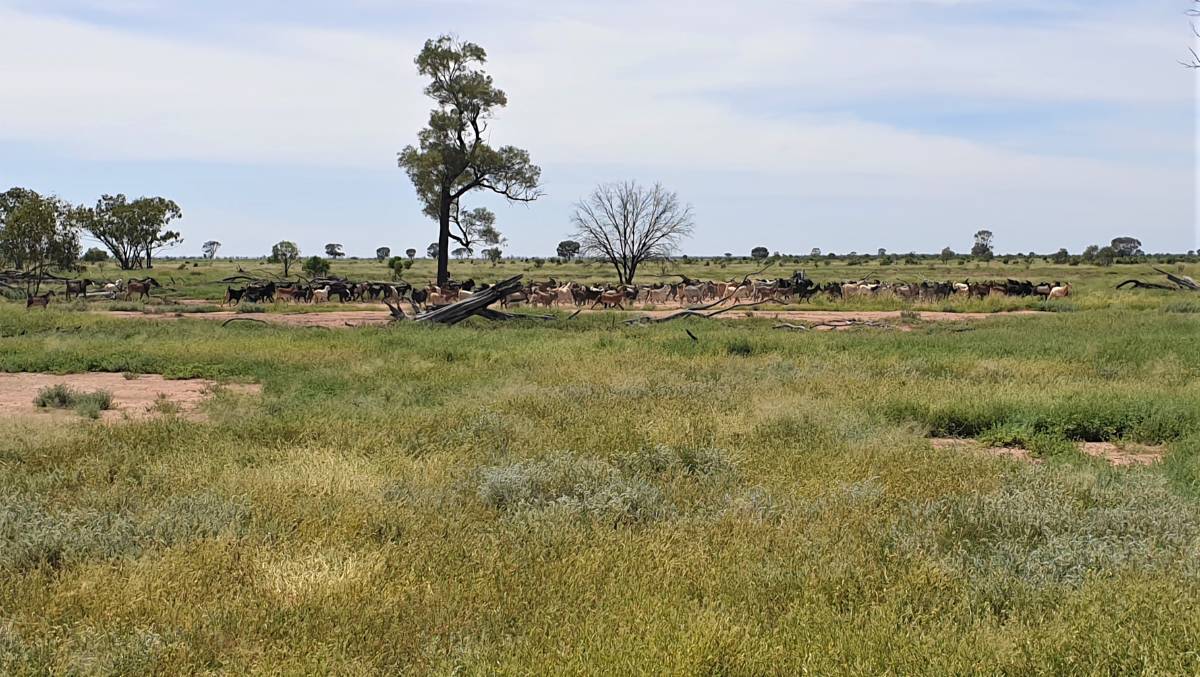 The rangeland goats have recorded a 200 per cent natural increase on 300mm of rain.

He now believes the goat side of their business is probably the most sustainable of all their income streams.

"The cattle industry's not happy operating at these levels," he said. "The processors aren't happy, the feedlots are crying broke and wanting to shut down, I think the restockers are nervous, but the goat industry seems to be comfortable."

He puts much of that down to their lower gestation period, along with their growth rates and low input costs.

While the Todds have recently purchased 100 stud quality Boer nannies and they already have a couple of hundred Boer billies, they don't intend to lose their rangeland nanny genetics.

They want to use the Boers only as a first cross to add some weight in progeny but believe they would be doing their operation a disservice to phase out the rangeland genetics that are most adapted to the climate.

"We were fully hand-feeding every single sheep, cattle were gone and the goats survived with almost no feeding."

Mr Todd added that 12 months and 12 inches (300mm) of rain later, the goats had recorded a 200 per cent natural increase.

"That's the way they like it - the bigger the paddocks, the better they'll do."

They say that while the goat market remains at current levels - Western Meat Exporters at Charleville is offering $8.80 a kilogram - they'll prioritise growing that side of the business more than the cattle and sheep enterprises.

As well as not being able to do everything at once, Mr Todd said while cattle prices were phenomenal at the moment, cattle couldn't compete with sheep or goats on a long-term sustainability basis in their country type.

He also believed that because Queensland was well ahead of NSW with exclusion fencing programs, Queensland breeders would be restocking NSW for some time to come, especially with goats.