How one book sparked a new movement in Walcha. 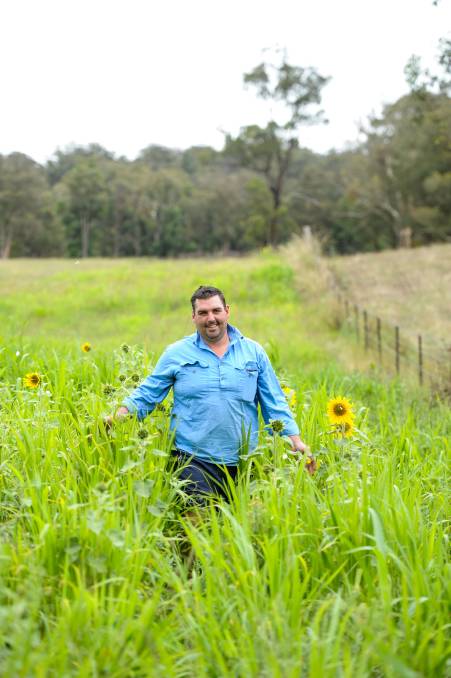 An unlikely book passed around from producer to producer has sparked a new movement around Walcha that is helping landholders bounce back from drought.

Cattle producer Sam Martin is the first to admit he loves research so when he read Dirt to Soil by Gabe Brown he quickly found himself looking into multi-species cover cropping.

The book offers solutions to restoring a property's soil through the five principles of limited disturbance, armor, diversity, living roots and integrated animals.

Mr Martin put his research into regenerative agriculture to the test recently when he planted more than 18 different species into a 26 hectare paddock in December.

Everything from clover, millet, sorghum, faba beans, chickpeas, vetch, turnips and sunflowers were thrown in the mix in an attempt to improve the soil health of the property.

"The main reason was build up organic matter in the soil and provide a deeper root system to break up the soil because we are in low fertility here," he said. 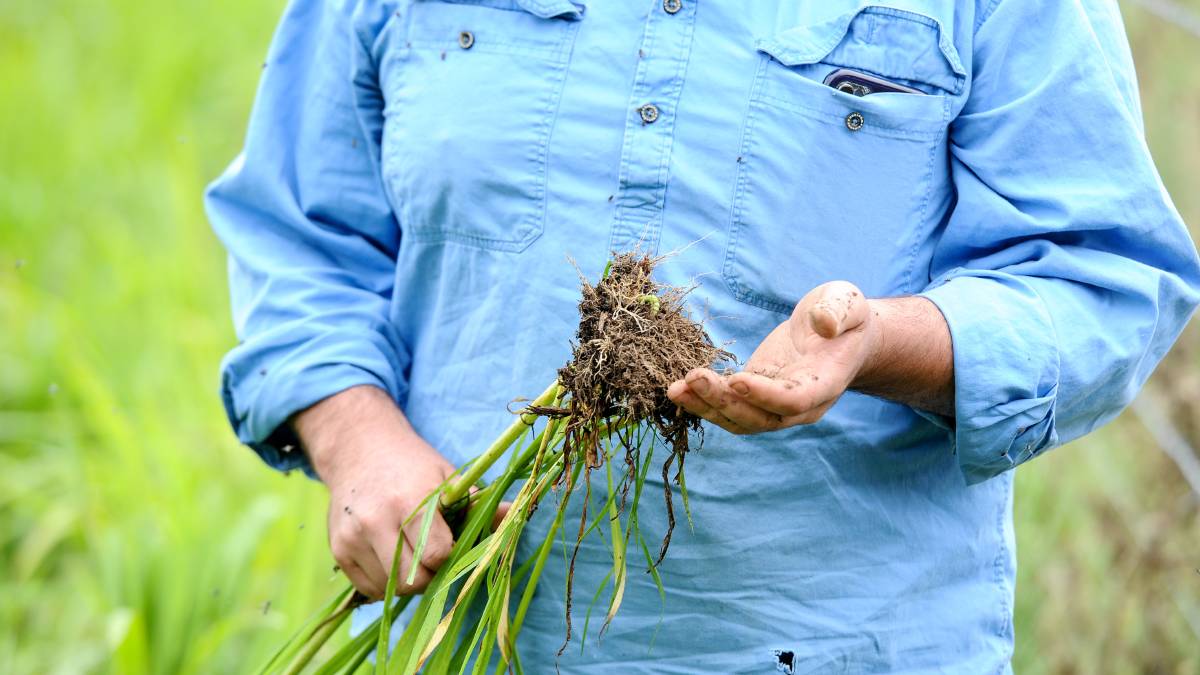 "The second benefit is it bridges the feed gap."

He is one of a number of local Walcha landholders who have regular catch ups over the phone as part of an unofficial regenerative agriculture movement in the area that began with the same book.

Just up the road, the Halliday family from Ben Nevis are also trialing traditional and regenerative practices to find one that better suits the changing climates.

Like a lot of people in the district post-drought, they were looking at how they could do things differently.

Mr Martin passed on Dirt to Soil and the Hallidays worked with their agronomist Gary Littlejohn to plant trial plots over about 200 acres (80 hectares) comparing multi-species together and separately and with and without fertilisers and herbicides. 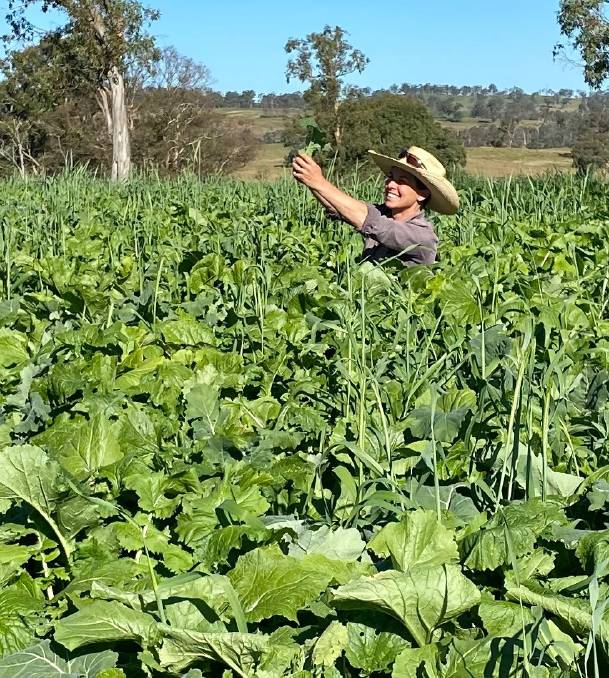 Erica Halliday in one of their winter multi-species crops.

Ideally their aim is to grow an inch of top spoil a year and plant for different trace mineral elements so each plant benefits from one another.

A third of the multi-species crops are grazed, use cattle to knock down another third and leave a third to benefit the next crop.

After three years they will then plant permanents.

About nine species were planted in winter and 10 in summer with the benefits already on show.

"The bulls did 0.2kg/day better on the multi-species crop then they did on straight oats," Erica Halliday said.

"I don't think we would have ever tried this if we hadn't have been in the situation we were in (with drought) and I'm so glad that we have. 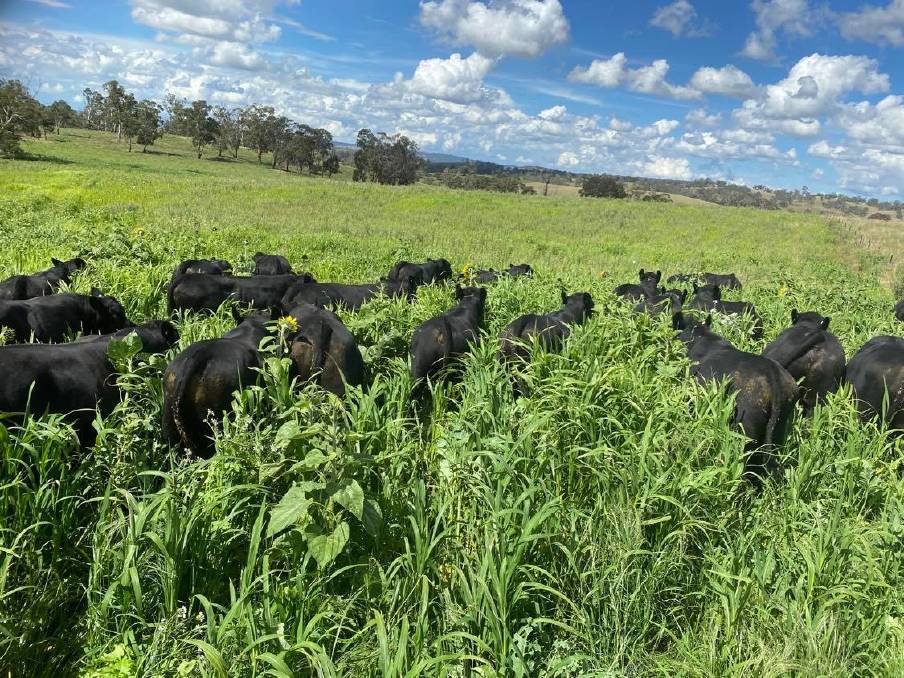 "There is a whole lot of stuff we are looking forward to doing and one is having some money to do something with instead of spending it on continual fertiliser, herbicide or pesticide.

"We are by no means experts but we are learning."

Walcha is normally one of the New England's most reliable rainfall areas but the scars of the recent multi-year drought are still raw.

Ms Halliday handed over Dirt to Soil to her neighbours too and others are now assessing how they can run their operation to its full potential.

Even more impressive is the fact Mr Martin's 1200 acre (485 hectares) property is under a lease agreement but it hasn't stopped him investing in the former superfine Merino property.

"I think getting diversity in your plant species is really important," he said.

"We are going again now, we are going to go in with oats, Bennett wheat, turnips, rye and a multi species as our finishing product.

"Our pasture paddock has got about 25 different species and then if we see there is soil deficiencies, because we are still using synthetic fertilisers, which we probably want to move away from, we then top dress it with different seeds we can see a benefit so it's ever evolving." 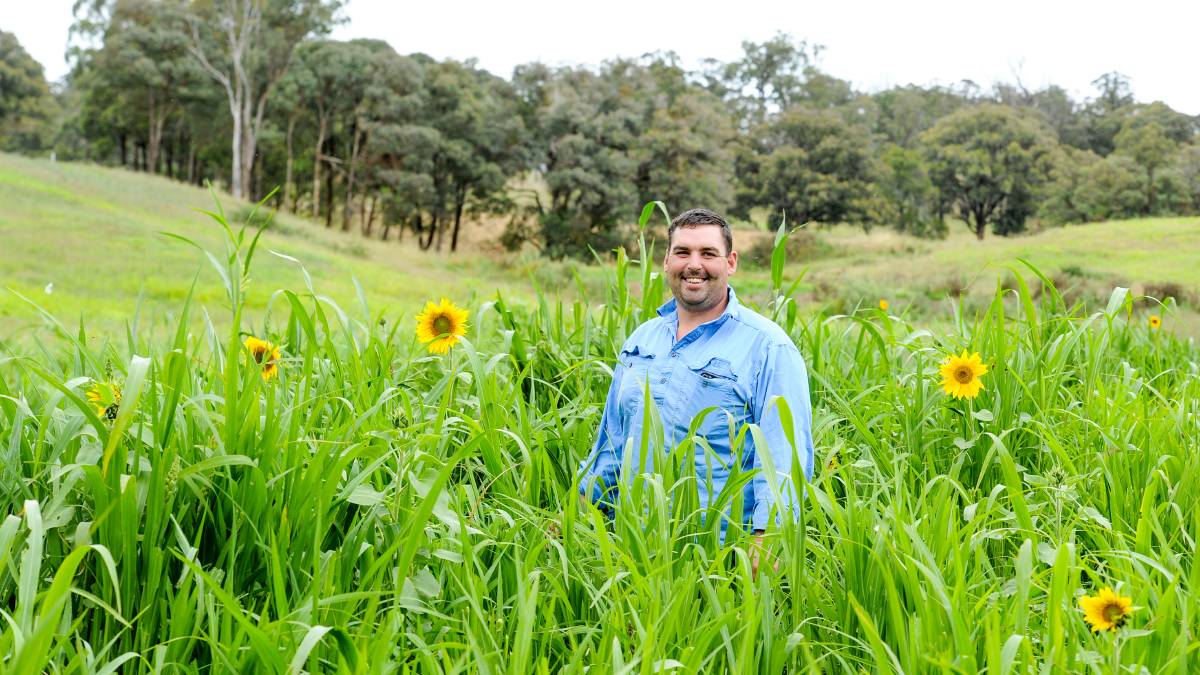 Cattle will be placed on his crop in mid-March but weight gains aren't the key to success.

"I just think at the end of the day consumers are willing to pay a premium from a financial point of view, there is a premium for nutritious food and i think we have got a social responsibility as producers to do that," he said.

"Being in the New England also I think we are perfectly set up for grass fed operations."